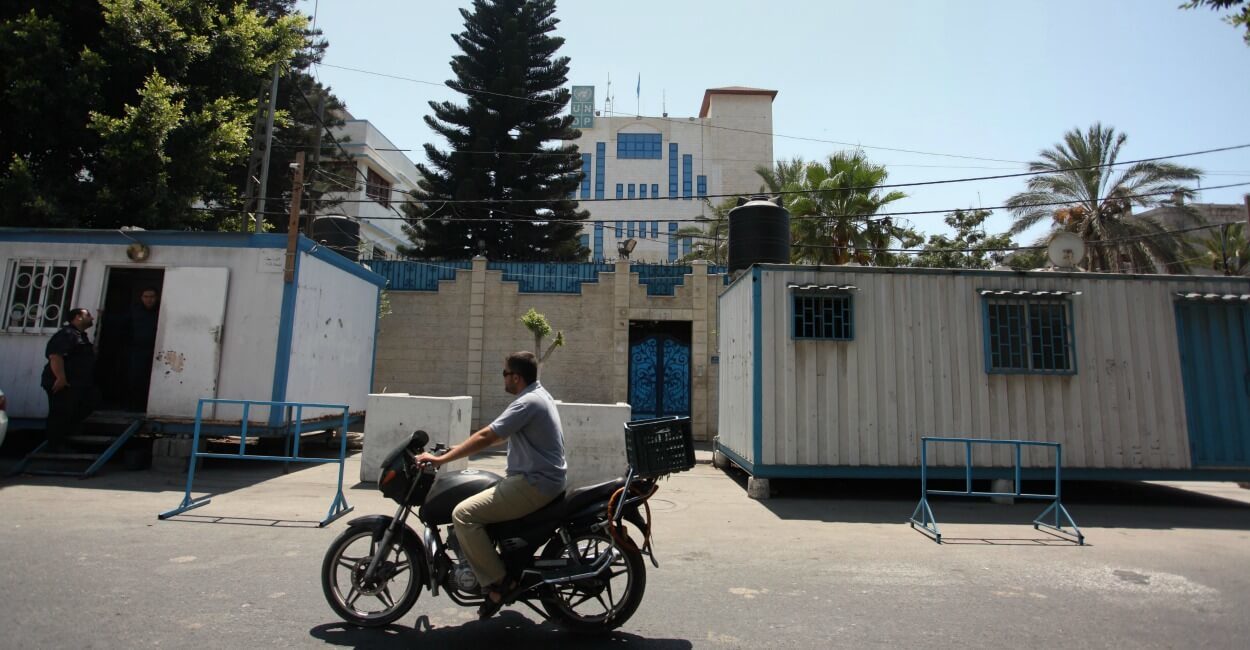 Shin Bet, Israel’s internal security service, has arrested two aid workers this summer and charged them with funneling funds to Hamas, the terrorist group that controls the Gaza Strip, according to reports. A substantial amount of these funds were provided by the U.S. government for charitable, humanitarian, and development purposes.

But, if these charges are accurate, those funds were diverted for terrorist purposes. Some governments have already suspended contributions to one of the possibly involved charities, World Vision, pending resolution of the matter.

The U.S. should also immediately suspend assistance to Gaza until it can be sure that that funding is being used as intended.

Mohammad El-Halabi, director of World Vision in Gaza, was arrested by Israeli authorities on June 15. An investigation revealed that El-Halabi was a member of Hamas and used his position to divert millions of dollars in resources from their intended use to support Hamas and its objectives.

In a statement issued last week, the Israel Ministry of Foreign Affairs wrote:

According to El-Halabi, the humanitarian aid donated for the residents of the Gaza Strip was in actual fact given almost exclusively to Hamas terrorists and their families. Non-Hamas members almost never received any benefit from the aid, despite their relative level of need. Needless to say, this is in contradiction to the accepted practice of the humanitarian aid organizations. …

The investigation revealed much information concerning additional figures in the Gaza Strip who exploited their work in organizations, including humanitarian aid organizations and U.N. institutions, on behalf of Hamas. El-Halabi’s statements portray a troubling picture in which U.N. institutions in Gaza are in fact controlled by the Islamist terrorist organization Hamas.

Not long after, Israel arrested Waheed al-Bursh, a contractor for the United Nations Development Program, on Tuesday and charged him with providing material support for Hamas by diverting program materials to Hamas and persuading his managers to “prioritize the rebuilding of homes in an area ‘populated by Hamas members,’ and had notified Hamas activists when United Nations workers removing rubble uncovered openings of attack tunnels or entrances to weapon-storage rooms so they could take control of the sites.”

Also worth noting is that El-Halabi told Israeli authorities that “his father, Halil El-Halabi, who has served as head of [the United Nations Relief and Works Agency for Palestine Refugees in the Near East, or UNRWA] educational institutions in the Gaza Strip for years, is a member of Hamas and uses his position as a U.N. employee to help the terrorist organization.”

This is further evidence of the agency’s ties to Hamas and other Palestinian radical elements that taint its neutrality and make it vulnerable to misuse byPalestinian extremists seeking to use the U.N. system against Israel.

In response to the charges against El-Halabi, Australia and Germany havesuspended funding to World Vision projects in the Palestinian territories.

The U.S. is also the largest single donor to UNRWA, providing $380.6 million in 2015. As of January 1, 2015, roughly a quarter of UNRWA-registered Palestinian refugees were located in the Gaza strip and over 40 percent of UNRWA staff was posted there.

When asked about what the U.S. will do in response to the charges by Israeli authorities, Elizabeth Trudeau, the State Department press office director,stated, “We’re very concerned with the allegations. We’re following the Israeli investigation closely. If confirmed, Hamas’ embezzlement of humanitarian assistance funds reaching some of the most vulnerable people would be reprehensible.”

But Trudeau refused to say if the U.S. would suspend contributions or take any other action. When challenged, she added, “I’m not going to get ahead of the Israeli investigation on this. We’ve made our position clear. We’re in touch with Israeli authorities on this. I don’t think anyone disputes the need where this humanitarian assistance was targeted.”

Although it is too late for the U.S. to lead, it should at least follow the example of Australia and Germany and suspend funding to World Vision and other charities operating in Gaza until they can demonstrate that U.S. funds are not being diverted to support Hamas.

Similarly, the U.S. should suspend funding for the United Nations Development Program, UNRWA, and other international organizations operating in the Palestinian territories until they provide details of their safeguards and procedures for screening employees and contractors and conclude an investigation and report to donors on ties between their employees and contractors and Hamas and other terrorist organizations.

In addition, the U.S. should demand that the development program and UNWRA agree to an independent audit by the U.S. Government Accountability Office or the State Department inspector general of their programs and projects in the Palestinian territories to verify that they do not provide material support for Hamas. If these organizations do not cooperate, Congress should cut off funding, not only for Gaza but elsewhere as well.

As Council on Foreign Relations Middle East expert Elliott Abrams notes, “The only way to solve this problem is for donors to withhold funding unless and until the independence of their programs can be assured. Yes, the people of Gaza would suffer, but they would know why: because Hamas is more interested in its own terrorist actions than in the welfare of Gazans. Aid donors have turned a blind eye for far too long.”

The US Should Halt UN Aid for Hamas