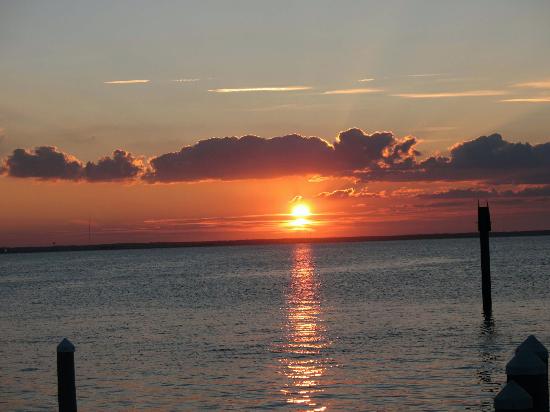 This Sunday, many Jews worldwide will be remembering the first exile of their ancestors from Judea to Babylon and subsequent calamities including the destruction of the first and second Temples.Originally recorded in Psalm 137 and a few years ago popularized by the group Boney M. the images of the Jewish exiles mourning and yearning for Zion have been seared into Jewish consciousness over the millennia.

The lyrics succinctly sum up the theme of this sad yet at the same time hopeful day.

By the rivers of Babylon, there we sat down
Ye-eah we wept, when we remembered Zion.

By the rivers of Babylon, there we sat down
Ye-eah we wept, when we remembered Zion.

Several questions come to mind at this time.

With the return of a large number of Jewish exiles to the resurrected Jewish homeland is there any point in still having a day of mourning for the loss of sovereignty so long ago? When a minority of exiled Jews came back to Judea from Babylon they faced a herculean task in rebuilding a devastated country. Facing local hostility and hate they looked to their brethren in Babylonia for not only material aid but also hoped that the majority of them would wake up and realize that the material illusions of safety in a strange land were fleeting. Unfortunately, like today, the gathering storm clouds were ignored until it was too late.

Have we learnt the lessons of baseless hatred which ultimately brought about the downfall of Jewish independence at the hands of the Romans? Instead of healthy debate we degenerated into a corrupt and unhealthy nation whose disunity ultimately enabled the Romans to put an end to Judea and for the second time in our history to destroy the political and religious centre of our nation. The exile of most (but not all) Jews lasted for two thousand years until miraculously we had the opportunity to once again re-establish our sovereignty in a country renamed by the Romans as Palestine.

The early pioneers and settlers faced the same challenges as did our ancestors returning from Babylon and like them they ultimately overcame physical dangers and hardships to bring back to fertility and life a land which had become depopulated, desolate and abandoned. Like those before them, the hope was that those still in exile would follow and join in this momentous miracle of restoring the Jewish People to its rightful place in history and the fulfillment of prophetic visions.

At first it seemed that the odds were against us. After all, given the obstacles placed in our path, the hostility of our neighbours and the indifference if not downright animosity of the international community, life in exile was a far more attractive proposition. Why uproot one’s family from material prosperity and seemingly benign surroundings and exchange it for a country where shortages of everything from food to housing prevailed? That is why, apart from a handful of idealists, the majority of Jews who arrived in the early days of statehood, were refugees from genocidal Jew hatred.

How times have changed in the space of just 68 years. True, the same hatreds and murderous intents which confronted us in the past still exist. However our ability to combat and overcome these manifestations of Judeophobia is much more potent. Far more telling is the ground swell of belated realization among those in many parts of the Diaspora that the toxic clouds which are now developing can no longer be ignored. Thus we are witnessing the exciting ingathering of Jews from many countries who have decided that now is the time to return and take part in a momentous historical chapter in our history.

What about those who cannot or do not want to make this epic journey? Many will no doubt still be spending this Sunday remembering Zion in a strange land and possibly waiting for the Messiah to arrive and hand them a free passage to the Holy Land. Many others, who have left Israel permanently to find their fortune in other places may have no reason to pine for Zion, even though they may still have a nostalgic memory of it while yet others whose detachment from anything meaningfully Jewish will take the opportunity to rejoice in besmirching the Jewish State and advocate boycotts instead. The same voices which delegitimized the efforts of the returnees from Babylonia can be heard today in the corridors of academia, in the media, the parliaments of many countries and also in institutions funded and supported by the UN. The sad fact is that as in the past some of the loudest and most vicious vitriol emanates from those who purport to be Jews but whose connection to anything Jewish is tenuous at best and whose selective morality is confined to the alleged sins of only one country. They and the groups which have sprung up like poisonous mushrooms after a rain storm need to be confronted and outed so that their blatant double standards can be exposed.

In a world drowning in hypocrisy, the message that Jewish lives matter must be proclaimed loud and clear. How ironic it is therefore to witness groups, which ostensibly campaign for indigenous human rights, spending all their energies besmirching the one democracy in the Middle East which in fact is bringing hope and aid to thousands in Africa. When Israel is accused, as it has been in recent days, of carrying out genocide and the old discredited communist slogans from the cold war era of colonialism, imperialism and capitalist exploitation are shouted by mindless mobs, it is sickening to see how self loathing Jewish individuals support such slanders. If these people think that jumping on the Israel bashing bandwagon will somehow give them immunity from future targeting they have learnt nothing from past and recent history.

This brings us back to my original question as to whether the ninth of the Hebrew month of Av is still relevant. Is mourning for Zion still necessary when we have been restored to Zion? Do those of us who have returned still need to recite kinot (mournful dirges) and fast? Shouldn’t we be celebrating our restored sovereignty instead of lamenting our past tragedies? What relevance is there for Jews who do not believe they are living in exile and have no burning desire to return to Zion any time soon?

I believe that in the same way we commemorate the Holocaust and its associated ramifications we need to memorialize the memory of all those who were murdered because they were Jews from the time of the Roman exile until today. This particular day, (9th. Av), is very relevant because it marks the moment Judea was ethnically cleansed of its Jewish inhabitants and foreign powers illegally occupied it. As a result of Moslem intolerance we are forbidden to ascend the Temple Mount and pray there. Jerusalem is being rebuilt yet the rest of the world denies our entitlement to it.

Given today’s revisionist versions of history and an ever increasing tendency to write Jews out of a legitimate claim to their land, this day is definitely an important part of our calendar. Even those who feel comfortable for the moment in countries far removed from Israel need reminding occasionally that all can change overnight. Just look around at the chaos now developing everywhere.

Like Yom Kippur, it need not be and in fact is not intended to be a day full of sackcloth and ashes. In fact from midday onwards we cease mourning and look to the future with hope. If we learn the lessons of history, this day as foretold by our prophets of old will transform from a time of lamentations to a celebration of confidence and renewal for the People of Israel in the Land of Israel.

By the Rivers of Babylon…writes Michael Kuttner