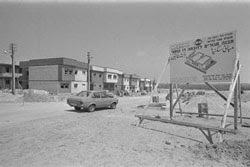 We’ve spoken about this before, but here is a 1977 LA Times article that shows how much UNRWA (and the PLO)  were against Israel moving Arabs into decent housing. 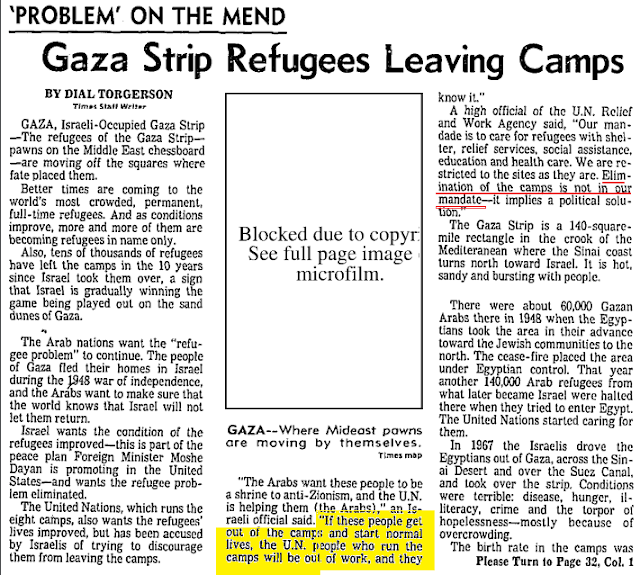 There was, of course, a postscript.
The UN condemned Israel for improving the lives of hundreds of Palestinians and for trying to get them out of these crime-ridden, crowded camps.
Many times.
For example, in 1976, resolution 31/15E:

The General Assembly,
1. Calls once more upon Israel:
(a) To take effective steps immediately for the return of the refugees concerned to the camps from which they were removed in the Gaza Strip and to provide adequate shelters for their accommodation;
(b) To desist from further removal of refugees and destruction of their shelters;

There was similar language in a 1979 resolution 34/52.
This article shows that UNRWA was more concerned over losing control of the lives of Palestinian Arabs than they were about improving their lives.
As it remains today.
The upshot is that Israel did everything it could to improve the lives of Palestinian Arabs, to make them self-sufficient and productive.
The Arab world, most NGOs, and the UN have done the opposite.
(h/t Ahron Shapiro)