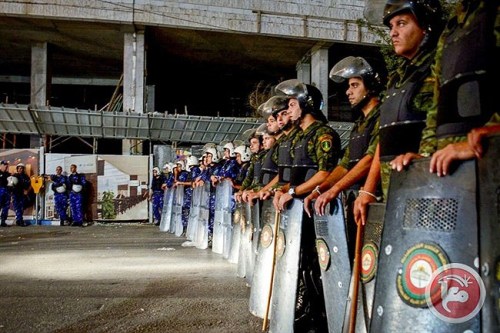 The anarchic conditions in Nablus are growing. At present, the Palestinian Authority security forces are showing signs of disintegration, ceasing to function as an official force, and taking on the attributes of militias. Moreover, the danger of the settling of accounts through blood revenge is likely to spread from one area to another. In Nablus, for example, a PA security man from Hebron was shot to death by the Fatah Tanzim in Nablus. The PA had tried to use forces from other regions, overstepping various districts’ jurisdiction, and the villages of Hebron are now likely to seek revenge in Nablus.

As revenge for the killing of two policemen at the end of the week, security men in Nablus pummeled to death a wanted Fatah member who himself was once a Palestinian policeman. This is the first case in which the PA has admitted its involvement, but there were two other cases last week in which the families of fatalities blamed the PA, which denied responsibility.

There are also incidents of vandalism, arson attacks on cars, shootings during daylight hours, and blocking roads with burning tires.

The PA knows that if it does not do something, the West Bank will revert to the rule of hamulas [clans], and the PA itself will disintegrate. Hence it has transferred large forces to Nablus. So far, though, they have been reluctant to enter the refugee camps – the stronghold of the violent, well-armed Fatah.

Although the PA tried to form its own militias in the camps, they were exposed, deterred, and no longer operate. A large anti-PA demonstration was held on August 23, 2016, by Nablus residents demanding the firing of PA Prime Minister Rami Hamdallah and the Palestinian security chiefs.

In the early hours of August 23, an armed and uniformed PA security force entered a Palestinian neighborhood in Israeli-controlled east Jerusalem to arrest two suspects in the Nablus attacks against PA security men.  They were whisked away to Ramallah.  Israel reportedly never authorized the PA actions.

As a strategy against Israel, the PA has been trying to upgrade itself to statehood in international forums and the United Nations. It has not, however, taken care to build itself as a state-like entity, and at present its lack of national cohesion poses a threat to its existence.

The Hot Arab Summer in the West Bank