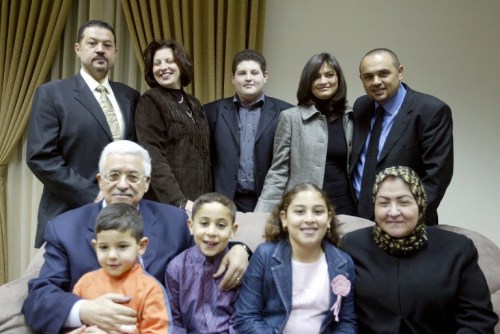 The succession battle in the Palestinian Authority has become very elemental since Mahmoud Abbas rejected the request of four Arab states – Egypt, Jordan, Saudi Arabia, and the United Arab Emirates – to mend fences with his bitter rival Muhammad Dahlan. Some of those states want to see Dahlan as the next PA chairman.

Although some in Fatah view Abbas’ rejection of the Arab request as an act of “political suicide,” Abbas does not show signs of stress. At the urging of Egypt and Jordan, which fear Hamas, he called off the elections in the territories and consented to a return to Fatah by some of Dahlan’s people. As far as Abbas is concerned, he has complied with most of Egypt and Jordan’s requests. Yet, still, he is not prepared to countenance Muhammad Dahlan.

This week, Ahmed Qurei (Abu Ala), a member of the PLO Executive Committee, revealed the way in which Abbas became PA chairman. It perhaps sheds light on how the next PA chairman, in the absence of elections in the territories, will be appointed.

In an interview with the Palestinian news agency, Amad, on September 10, 2016, Qurei said that he was the one who proposed Abbas as a candidate for the post and took him to Yasser Arafat, then on his deathbed at the Mukata in Ramallah the evening before he was flown to the hospital in Paris.

In the conversation Arafat did not suggest that Abbas should be his replacement; nor, however, did he express opposition to Abbas, with whom he had had sharp disagreements in the past. The conversation was friendly, and the issue of succession was not raised at all.

Qurei said that after Arafat’s death, all the members of the Fatah leadership agreed to Abbas’ appointment as successor because they trusted him.

The bitter succession battle within Fatah and the fact that Abbas rejected the Arab states’ request concerning Dahlan has impelled the interested parties to reveal publicly the power-wealth nexus of Abbas and his sons. Senior officials in Fatah and in Arab states sense the PA chairman’s political weakness and are now leaking information to the media about his governmental corruption.

In a report published on September 11, 2016, the Egyptian journalist Hussein Yousef of Al-Masri Al-Youm highlighted the business activity of Abbas and his two sons, Yasser and Tareq.2

Although his report gives a good deal of information on the topic, the Palestinian social networks have already been posting various material on the Abbas family’s corruption for quite a while.3

Yousef’s report describes the family’s business empire, which is based on Abbas’ own commercial ties and his connections with states and large companies worldwide, all of which benefit his two sons’ business concerns.

Abbas’ two sons own a large business consortium called “Falcon” that has taken over the West Bank’s commerce and its labor market. Abbas supports the group, and he has arranged many favorable conditions that give it advantages over other companies.

The Al-Masri Al-Youm report claims that the Abbas family has accumulated its wealth over many years and that Muhammad Rashid, who was Yasser Arafat’s economic adviser, told him that Abbas had misappropriated a sum of at least $100 million.

Yousef asserts that Tarek Abbas has smuggled antiquities from the territories abroad and has dealt in land and the selling of commercial concessions.

Dahlan alleges that Abbas is hiding away a sum of $600 million out of the $1.4 billion that then-Prime Minister Salam Fayyad transferred to him after Arafat’s death.

In an interview with the Jordanian website Amon on June 8, 2016, Dahlan said it was he who had arranged work for Abbas’ two sons with Fayyad at a monthly salary of $5,000, yet today their wealth comes to $300 million.5

Mahmoud Abbas and Muhammed Dahlan in the past (Al Sawt)

These dollar figures well explain why Abbas, despite his advanced age, clings to his post and seeks a suitable successor who will safeguard his two sons’ economic empire after he retires.

The Abbas family’s corruption is the hot topic in the territories. It is clear that whoever succeeds Abbas will need to put the house in order and clean up the governmental corruption.

At first, Abbas wanted to appoint his trusted ally Saeb Erekat, secretary-general of the PLO Executive Committee, as his successor. Erekat, however, is considered a figure who is weak and lacking credibility and popularity in the territories, and who would well have served the family’s interests after Abbas’ departure as well.

Abbas’ bid to appoint Erekat encountered strong opposition by Fatah Central Committee members led by Jibril Rajoub, who sees himself as the successor, and Erekat had to declare that he was renouncing the post.

Since then the PA chairman has been seeking a different candidate to succeed him. Another aspirant is rumored to be General Majid Freij, head of the Palestinian General Intelligence, who is also considered a close associate of Abbas. So far, though, Abbas has made no move to promote him, such as appointing him as PA deputy chairman. Apparently, he fears going too far in ruffling the feathers of the Fatah leadership and the Arab states, which want to see Dahlan as the next PA chairman – something that would likely be to the Abbas sons’ detriment in the future.

The Businesses of Mahmoud Abbas and His Sons