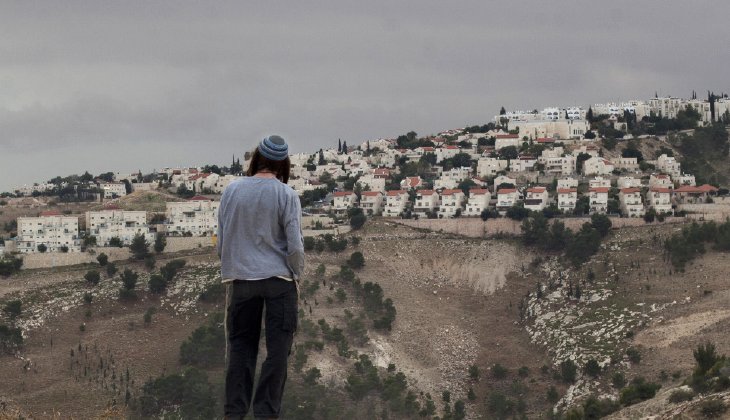 The argument that “settlements” are the obstacle to peace is based on the notion that if Jews continue to build on the land of Israel, then this will somehow predetermine the final status of borders and will therefore derail the sacrosanct “Two-State Solution.” This worry over predetermining the “final status” ignores two facts: 1) Jewish settlement of its land is legal, and 2) because of Israel’s desire for peace, both Jews and Arabs have settlements.

Millions of Christians, including myself, believe the creation of Israel was prophesied in the Bible. It should be no surprise that many Jews believe this as well. But the argument for the legality of settlements goes beyond faith. Nothing in the Oslo Accords, the Israel-Palestinian Interim Agreement, or U.N. resolutions prohibit Jewish settlement. It was clear in the Balfour Declaration, the San Remo Peace Conference and the Mandate for Palestine, among others, that there was to be the establishment of a national home for the Jewish people on this land.

As a result of the Arab armies’ resounding defeat in the six-day 1967 war, Israel gained all of Jerusalem, the Golan Heights, all of the Sinai Peninsula and what is conventionally known as the West Bank. I prefer the term Judea and Samaria because that is its historical name and the name by which it is known in Israel. The West Bank was Jordan’s name for the land. Jordan’s short-lived annexation and occupation of the land from 1948 to 1967 was never even legally recognized. A state should have sovereignty over land in order to name it.

Jews and Arabs, since before Oslo, both have continued to build and “settle” the land. The State Department of all past administrations since President Lyndon B. Johnson seem determined to maintain a “status quo” based on no new settlements that is as unrealistic as it is impractical. What’s worse is that the pressure to be stagnant is applied only to the Israelis, and specifically the Jewish communities.

The constant refrain that Jewish settlements are an “obstacle to peace” is what led to Prime Minister Benjamin Netanyahu’s recent address, which stated that “ethnic cleansing for peace is absurd.” But why is it that the international community and the Obama administration bristle only at the thought of Jewish expansion within its own country? Israel has not only tolerated but incorporated the 1.75 million Arabs within Israel, where they are entitled to become citizens, vote, serve in the Knesset, armed forces and even the Supreme Court. In contrast, the international community pronounces the idea of 420,000 Jews continuing to live in Judea and Samaria an “obstacle to peace.”

In addition, it is utterly hypocritical that no one makes the slightest peep about Arabs who continue to live, build, and settle the land — with international funding, no less.

There are approximately 150 Jewish communities in Judea and Samaria. Since 1967, Israel’s Jewish population has increased from about 2.3 million to about 6.1 million as of 2014. Israel has every right, and in fact a duty, to provide infrastructure and housing for its increasing population. Do not forget that this is the only Jewish homeland in the world.

There are 350 Arab communities in the Palestinian Authority-controlled territories and between 1.7 and 1.8 million Arabs living there. This number is in addition to the approximately 1.75 million Arabs living within Israel as citizens, not including Jerusalem. It must be noted that in the 350 Arab communities in the Palestinian Authority, and of course also in Gaza, there are no Jews living among them.

Thus, the administration’s knee jerk reaction that Prime Minister Netanyahu’s “ethnic cleansing” remarks were “unhelpful” has less to do with the actual facts and more to do with the administration’s own narrative. It just doesn’t fit their storyline. Even though Israeli Jews cannot even drive through the territory controlled by the Palestinian Authority, or by Hamas in Gaza, let alone live there — it is unacceptable to the international community to point that fact out.

The reality for Israelis is that the leadership of the Palestinians simply cannot tolerate for Jews to be in Judea and Samaria, Gaza, Jerusalem or anywhere else in Israel. In fact, they continue to deny that the State of Israel has a right to even exist. This is the main, and only, obstacle to peace.

Doug Lamborn represents Colorado’s 5th congressional district. Thinking of submitting an op-ed to the Washington Examiner? Be sure to read our guidelines on submissions.