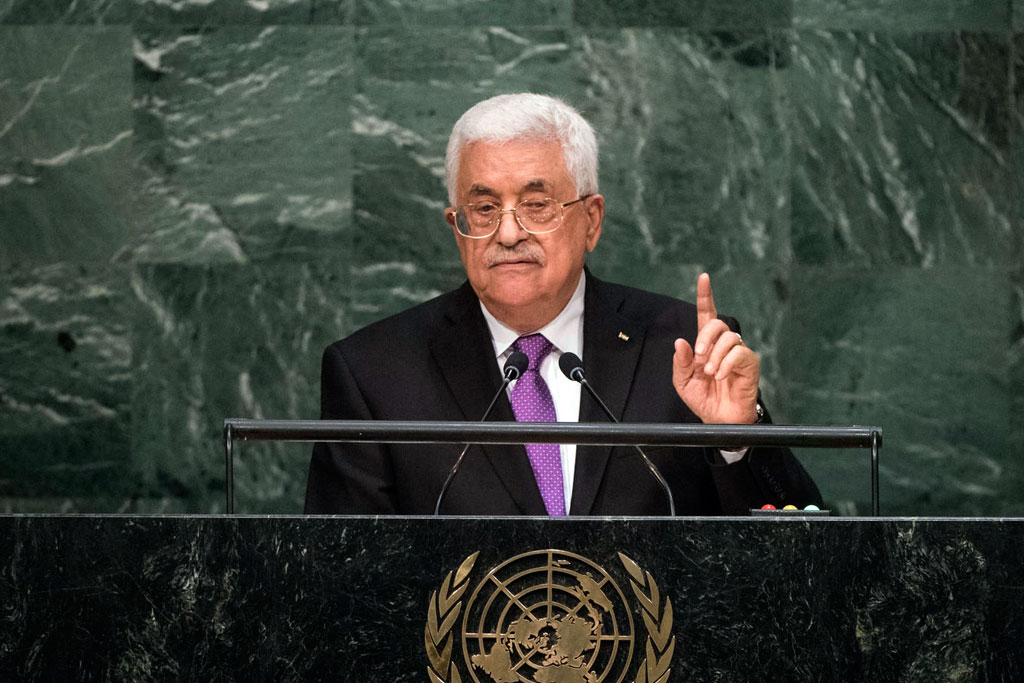 The address delivered by Mahmad Abbas, head of the PA & PLO on Sept. 22 at the United Nations General Assembly was a game-changer.

The  text of the Abbas speech can be seen at:

Abbas stood up for the whole world to hear him declare that the consistent PLO definition of “conquered territories” and “illegal settlements”, was not confined to Jerusalem, Judea, Samaria and Gaza.

As Abbas said to the UN, “Israel, since 1948, has persisted with its contempt for international legitimacy by violating United Nations General Assembly resolution 181 (II), the partition resolution, which called for the establishment of two states on the historic land of Palestine according to a specific partition plan. Israeli forces seized more land than that allotted to Israel, constituting a grave breach of Articles 39, 41 and 42 of the United Nations Charter.  In the preamble of resolution 181 (II), paragraph (c) clearly states: “The Security Council determine as a threat to the peace, breach of the peace or act of aggression, in accordance with Article 39 of the Charter, any attempt to alter by force the settlement envisaged by this resolution.”… Regrettably, however, the Security Council is not upholding its responsibilities to hold Israel accountable for its seizure of the territory allotted to the Palestinian State according to the partition resolution”.

The Abbas UNGA speech fits in with the forgotten yet consistent US State Department policy, which never ever recognized Israel’s post-1948 settlement of shdod, Ashelon and BeersSheva and other areas of the Negev that were never  included in the 1947 partition plan.

In that context, the US fully funds UNRWA education whose focus is the “right of return” to all villages lost to the Arabs in the wake of the 1948 war.

Personal and professional note: In 1966, as a 16 year old high school student in Philadelphia, I participated in a World Affairs Council seminar on US Middle East policies.

The US State Department representatives at that event 50 years ago made it clear that the US opposed to Israel’s “illegal settlement policies in the Negev”, and that Israel must recognize the principle of the “right of return”  for the Arab refugees who were housed in “temporary” UNRWA facilities in Gaza, contiguous to the Negev.

Twenty years later, I had the privilege to meet Dr. Joseph Lerner, who worked as an official in the department of emergency preparedness in the White House.

Dr. Lerner always mentioned that the US passionately opposed Israeli settlement policies in the Negev as a cornerstone of US Middle East policy.

Dr. Lerner would often say that while the US toned down its rhetoric on its in-principle opposition to Israeli settlement in the Negev after further Israeli acquisition of territory after the June 1967 war, but that the US Negev policy never changed .