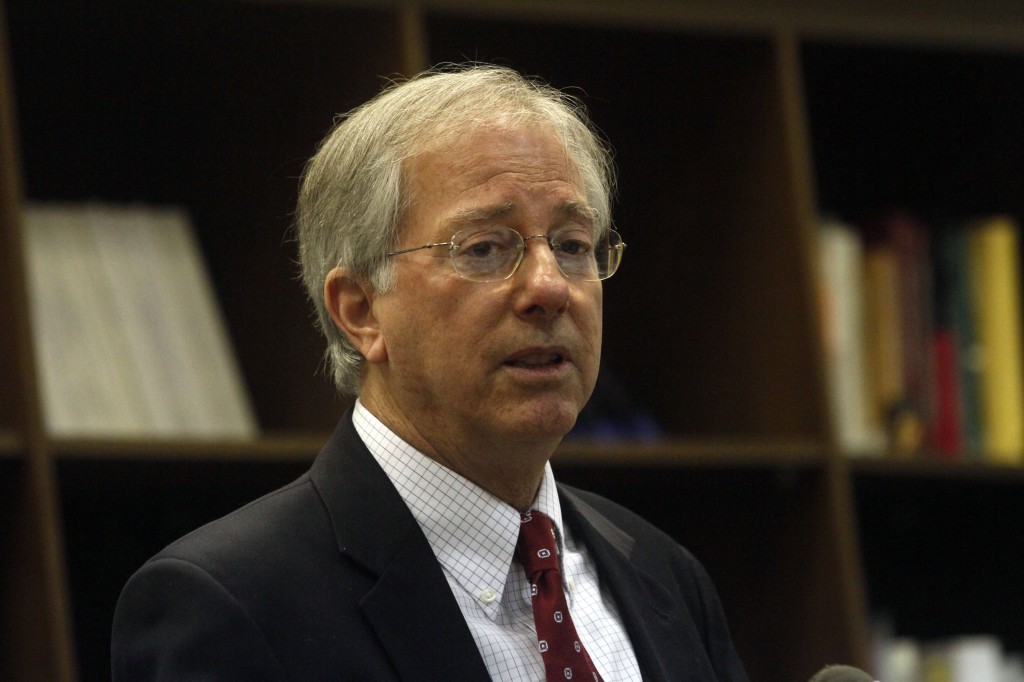 Despite this record of being consistently wrong on Israel and the Palestinians, Ross is at it again.

(Stephen M. Flatow, a vice president of the Religious Zionists of America, is an attorney in New Jersey. He is the father of Alisa Flatow, who was murdered in an Iranian-sponsored Palestinian terrorist attack in 1995.)

For nearly thirty years, Dennis Ross has been advising presidents of the United States to pursue more pro-Palestinian policies. This week, he was at it again, offering President-elect Trump some unsolicited “tips” on the Mideast on the op-ed page of the Washington Post. Hopefully the new president will pay less attention to Ross’s bad advice than his predecessors did.

Ross first came to wide public attention in 1989, when the New York Times revealed that he was one of the State Department officials responsible for convincing outgoing President Ronald Reagan and incoming President George H.W. Bush to recognize the PLO. Ross insisted that Yasir Arafat had genuinely given up terrorism. That blew up in Bush’s face the following year, when PLO-affiliated terrorists tried to attack Tel Aviv beachgoers and the U.S. embassy nearby. Bush broke off the PLO ties that Ross had so carefully cultivated.

During the years following the 1993 Oslo accords, Ross was one of the architects of the Clinton administration’s close relationship with Arafat. Once again, Ross claimed Arafat had become moderate. That myth was shattered (again!) when Israel intercepted the Karine A, a Palestinian ship full of weapons that Arafat tried to smuggle into the Palestinian Authority’s territories in January 2002. The ship contained 50 tons of weapons and 700,000 rounds of ammunition.

But Ross soon did it again. From 2009 to 2011, he served as a senior aide to then-Secretary of State Hillary Clinton and as Middle East director on the National Security Council. Those were the years when Hamas was starting to build tunnels to enable its terrorists to reach Israel from Gaza, and the Israelis began restricting the importation to Gaza of building materials that could be used for the tunnels. So the Obama administration sent Ross to the region–to pressure Israel.

Ross later admitted what he did: “I argued with Israeli leaders and security officials, telling them they needed to allow more construction materials, including cement, into Gaza so that housing, schools and basic infrastructure could be built. They countered that Hamas would misuse it, and they were right.”

Assured by the Obama administration’s insistence that the cement would not be used for military purposes, Israel allowed it to be imported. The result? Hamas built “a labyrinth of underground tunnels, bunkers, command posts and shelters for its leaders, fighters and rockets,” Ross acknowledged. They built them with “an estimated 600,000 tons of cement,” some of which was “diverted from construction materials allowed into Gaza.”  (Washington Post, Aug. 8, 2014)