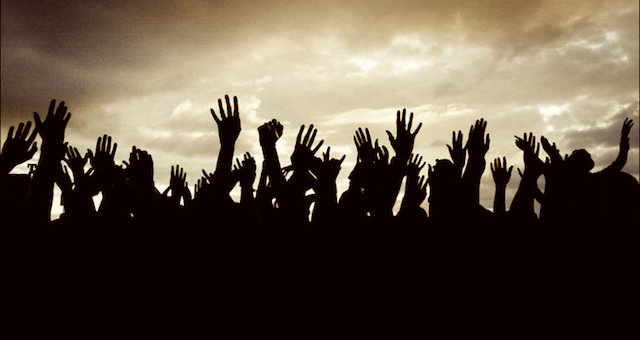 Democracy is about to fail. Only journalism can save it.

But today’s journalism is far from what it needs to be to carry out this vital mission. It’s caught up in anti-social media’s clicks and trends. Yet without restoring the profession to its actual role, we are doomed. That’s not “click bait.” That’s reality.

I just returned home to Israel from a viscerally upsetting trip to the United States. I arrived there on election day, the culmination of a bitter presidential campaign that left people on all sides with a bad taste in their mouths.

Fake news is nothing new. What’s new is that it’s being taken seriously and believed by millions, swaying their political decisions. It fits into the pattern of anti-social media—click bait, clicks, malicious Twitter gibberish, trending, and all the rest. This anti-social media is especially anti-journalism, yet our profession has embraced it, opting to play in a game it can’t possibly win. The other team, unconcerned with accuracy or truth, will always beat us to the punch, get to the finish line first, thrill the fans—whatever sports analogy you want to plug in here.

By now you’ve spotted the headline on this article as click bait. It’s easy to write and easy to identify—a click-bait headline typically asks a yes-or-no question.

So here’s what you do with it from now on. Answer “no” and go on to something serious, if you can find something serious. And if you’re a journalist—never, never go down this path. It leads to pointless speculation about an unpredictable future. To our indelible shame, that describes most of the “reporting” that has followed the election of Donald Trump as President of the United States.

Even so, I’ll make a prediction: All this will be followed, probably sooner than later, by two developments—first, millions of Trump voters will become disillusioned by the fact that their candidate will not be able to carry out any of his main pledges; and second, the pendulum will swing from believing everything on the Internet as long as it supports a preconceived set of beliefs—to believing nothing. The two developments may well be linked and might even appear together.

That is the moment where journalism must be prepared to step in and provide the information and analysis that define its role in a democracy. Journalism must get off the field of that game it cannot win.

If there is anyone who doubts where journalism has gone, who prefers instead to point out the real coverage and outstanding news and analysis that still appears here and there in what’s called the mainstream media, that’s fine—but don’t delude yourselves.

My personal experience in recent years includes these realities:

Unbelievable as this might sound in this new reality—I actually made a successful career as a North American network radio reporter in the Mideast with the slogan, “I might not be first, but I’ll be right.” In the last century, my networks were willing to wait until I read the whole report, for example, instead of just the table of contents, before going on the air. That protected me, and my networks, from any number of gross reporting errors made by my competitors.

Working according to that slogan is impossible today. Even print reporters are required to tweet out their stories before they’re finished reporting them. There are two assumptions here. The important one in the eyes of the home office is that whoever gets out there first with the story “owns” it and will get the following, the clicks, as it develops.

The second is that even if the original tweet is wrong, well, we’ll fix it later, no harm, no foul. Anyone who has studied half an hour of psychology and knows the power of first impressions would recognize the absurdity of that reasoning, but no matter—clicks override all.

So how do we fix this?

There is, of course, no going back to a “golden era of journalism” that never existed. We must move forward into a new era.

My favorite journalism professor liked to say, “Only three things matter in this profession: Accuracy, accuracy, accuracy!” That wasn’t true in 1966, either, but the underlying concept is still worth considering.

Our job was never to advocate for a political view, to take the side of the underdog, to speculate without foundation. It always was, and is, to present the facts and add impartial analysis, background, and context to allow citizens to make up their minds on vital issues.

That’s to say—we must leave our political views at the newsroom door. We must regain the trust of readers and viewers who believe, often correctly, that we are “liberals” (when did that become a curse word?) who are slanting the news toward our beliefs.

The trend is in the opposite direction. The newspaper that bragged, “All the news that’s fit to print” now prints an opinion column on the front page of its international edition. This one is typical Trump-bashing that breaks no new ground but recasts all the bitterness in pseudo-humorous form, aimed at the “true believers.”

So here’s a recommendation to start with: Not only must we restore the wall between the news pages and the editorial pages; but also, we must do away with editorials altogether. Op-ed pages are fine and necessary, but the time has passed when owners of newspapers, radio stations and TV stations get to expound on their political views just because they own the building.

That includes endorsing candidates. Today, nothing trashes credibility more than telling readers, listeners and viewers where we stand politically. A century or two ago, perhaps voters needed the guidance of their local newspaper. Today they don’t need it, don’t want it, and draw damaging conclusions from it.

That’s a step toward doing what we do best—dispassionately reporting and analyzing the news. That’s the game we can win. I’m proud of the fact that a friend who has been reading my articles for years observed that he doesn’t know whether I’m on the right or the left.

I’m aware that it’s difficult to come up with a business model that would make this kind of journalism profitable. Yet it must be done, profit or no profit, whatever it takes.

In past decades, we agreed on the facts but disagreed over what to do with them. That’s a legitimate matter of ideological differences. Today we do not agree on the facts. Fake news, ideological reporting and tendentious editing have all contributed to this dangerous situation.

It’s up to us in journalism to be ready to provide real news, the basic nourishment of democracy, when the people realize they need it.

Foreign correspondent MARK LAVIE has been covering the Middle East since 1972. His book, Broken Spring, explains the failure of the Arab revolution.