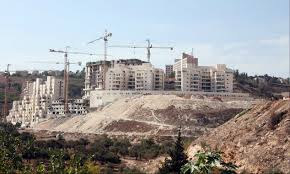 Right after World War II, the US and its allies wanted to prevent a repetition of the practice of the Axis powers who evicted the populations from the areas that came under their control and forcibly transferred their own populations into those very same territories. For this reason, the Allies drafted the 1949 Fourth Geneva Convention in the way that they did. But this is not what is occurring with Israeli settlement activity, as Israel has argued for decades.

There is one place, however, where this scenario is taking place right now – and it is not in the West Bank. It is occurring in Syria, where Sunni Arabs are being systematically replaced by Shiites from Iraq and other countries in order to alter the demographic makeup of the Syrian state, in accordance with the interests of Iran. Tehran wants a Shiite belt from its western border to the Mediterranean in order to establish its hegemony in the Middle East.

And what is the UN doing about this? It is deliberating over a new draft resolution condemning Israeli settlement activity, while ignoring the mass transfer of populations transpiring across the entire Levant. As usual, it is obsessed with Israel while ignoring the dangerous actions of Iran.

The Palestinians themselves agreed in the 1995 Interim Agreement that the issue of Israeli settlements in the West Bank should be addressed as an item for negotiation between the parties. It is not tenable for the Palestinian leader, Mahmoud Abbas, to repeatedly refuse to negotiate with Israel and then expect the UN Security Council to take up his concerns in his place. The US, which signed the Interim Agreement as a witness, should veto the proposed draft resolution on settlements.

The UN, for its part, should take measures to halt the ethnic cleansing of Sunni populations across the Middle East that is occurring today. But that would require standing up to Iran and its allies, which many states sitting in the Security Council are plainly reluctant to do.

How Did Israeli Settlements Become a Legally Contentious Issue at the UN?