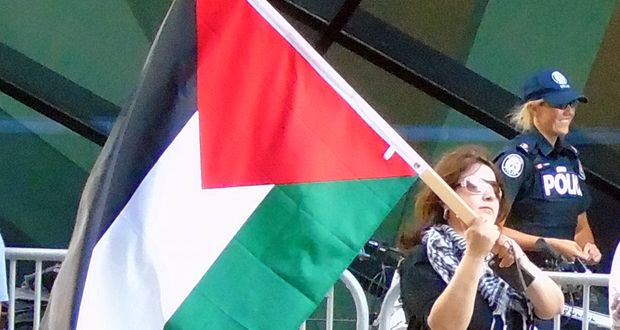 ‘Tis the season of ill will again when irrational urges to condemn and threaten Israel as well as promoting pie in the sky resolutions are all the rage.

We can expect the usual crop of cartoons and editorials as well as journalistic flights of fancy to erupt this week as Christians prepare to celebrate Xmas. Bethlehem will once again feature prominently and history will once again be distorted and rewritten. Instead of acknowledging its Judean heritage the latest crop of revisionists will convert it into a fictitious Palestinian city. We are by now used to this annual parade of ignorant claims which has been swallowed hook, line and sinker by those who should know better but prefer instead to parrot the lies of the politically correct mob and knee jerk Israel haters.

Manifestations of these attributes were on full display again during the last few days. One can usually predict the script for these seasonal tantrums and this year is no exception.

The announcement of President elect Trump’s choice as Ambassador to Israel unleashed a barrage of outraged denunciations from the Palestinian Authority, Islamic spokespeople and of course so called progressive liberals. The latter are still in a state of shock and denial over Trump’s victory while the former reverted to the usual threats and bully tactics which have in the past guaranteed that a spineless international community would cave in quickly to blackmail. It has worked every time with the US State Department and the UN running for cover every time threats of war, mayhem and violence are threatened by Islamic leaders. The last time this tactic failed to get the desired results was in 1948 when President Truman ignored the advice of his State Dept. advisers and recognized the new State of Israel. Since then it has been a matter of surrendering to oil blackmail and threats of thuggery.

All of a sudden there is the prospect of a dramatic change in the White House with the distinct possibility that the US Embassy will shift from Tel Aviv to Jerusalem and a new refreshingly honest relationship which recognizes reality. This impending change has whipped up a hurricane of unbelievable ferocity. The hypocrisy and double standards which were a regular feature of past years are hopefully going to be replaced by a more sober assessment of facts on the ground.

Obviously this revelation of what is likely to occur has proven too much for those who believe that all it takes for Israel to be sliced up and destroyed is to run to the UN or get countries like France and Sweden to organize a predetermined agenda of resolutions. The hysterical reaction of Arab spokespeople is instructive and an illustration of how it is impossible to arrive at any sort of negotiated peace deal given current events.

The Imam of Al Aqsa and Supreme Moslem Council Head has declared:”moving the US Embassy from Tel Aviv to occupied Jerusalem is a declaration of war against Arabs & Moslems.”

Saeb Erekat the PLO Secretary General and PA misnamed Minister for peace negotiations stated: “moving the US Embassy would mean the destruction of the peace process and the abrogation of the PLO recognition of Israel and the cancellation of all agreements made. It also means that all US Embassies in Arab countries will be forced to close.”

In the face of these and other hysterical outbursts it is worth pointing out these salient facts:

If campaign promises are to be believed the era when the State Department would appease Islamic bullying and the White House would cave in to Arab threats is coming to an end. Sensing that new winds may be blowing their way those who in the past have been used to getting away literally with murderous intent are hyperventilating. Has the time finally arrived when reality rules? One can only hope so.

New Zealand’s Prime Minister recently described Murray McCully as one of the most experienced foreign ministers in the developed world. I guess that is why he retained his position in the recent Cabinet reshuffle. As proof of this mythical experience the Foreign Minister proudly proclaimed: “we can look back on some significant foreign policy achievements including New Zealand’s election to the UN Security Council.”

If McCully thinks that being elected to the UNSC is a significant achievement all I can say is that he is living in cloud cuckoo land. This useless body has failed to stop the genocidal blood letting being undertaken in Syria and numerous other human rights atrocities in places like North Korea, Iraq, Lebanon, Iran and elsewhere. What it has instead been very successful at doing is passing endless resolutions against Israel. In this respect McCully has been a leader of the pack.

With one week to go and just in time for Christmas, New Zealand’s most experienced Foreign Minister is peddling yet another resolution. While Moslems are murdering fellow Moslems on a grand scale and Islamic terrorists are targeting Europe, the only problem exercising McCully’s mind is how to facilitate forcing Israel to surrender parts of its homeland to create yet another terror supporting failed State in its very midst. The resolution being touted by NZ states amongst other things: “the two State solution is the only way to achieve an enduring peace.” It calls for an end to the “occupation” which began in 1967 and an end to Israeli settlement activity. In the space of one resolution, he has managed to trot out so many specious assertions that one wonders what sort of reality he is living in. Obviously he is oblivious to the Palestinian Arab agenda of hate and incitement which denies any valid and legitimate Jewish historical or legal presence in the region. He is ignorant of the fact that prior to 1967 there was no Palestinian State and that the land in question was illegally occupied by Jordan. He is also deliberately oblivious to the fact that it is not the 1967 territories at stake but the 1947 armistice lines. Missing from his resolution is any recognition of the fact that the opportunity to create another Arab State was rejected on numerous occasions since 1947. Absent is any understanding that Jerusalem has been the capital of a Jewish independent country for over 3,000 years and that the recent Arab infatuation with the city is a sham designed to deny any Jewish legitimacy.

Far from being a shining light amongst the firmament of foreign ministers, New Zealand’s current incumbent is a black hole when it comes to the dangers faced by the Middle East’s only true democracy.

It is appropriate that at this particular time of the year the three “wise men” of McCully, Abbas and Hollande have combined in a futile effort to bash Israel via the corrupt UN. The retiring Secretary General has admitted that the UN is obsessively targeting Israel but this does not seem to have yet penetrated into the starry eyed minds of those involved.

As Jews light the Chanukah candles this coming week and Christians celebrate their Holy Day we can at least be confident that the Jewish presence in the Land of Israel will endure long after the disappearance of the UN and its corrupt band of cheer leaders.