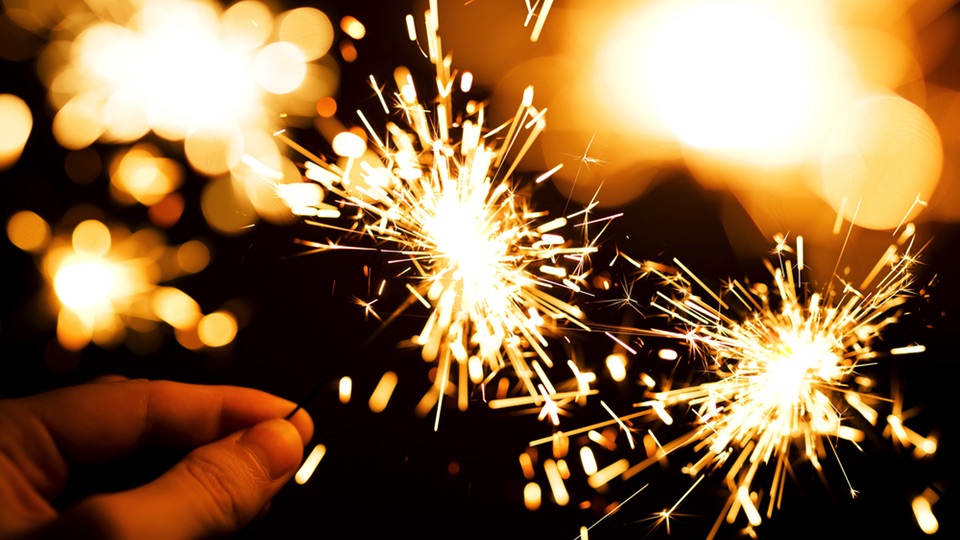 As the civil year of 2016 draws to a close we look with uncertainty towards 2017 and wonder whether it can be worse than this year.

The short answer is unfortunately yes.

After polishing my crystal ball here are some predictions for the twelve months ahead.

Between now and 15 January the Obama/Kerry demolition team will do their best to twist the knife they have already stuck into Israel’s back. Having your back takes on a whole new meaning and its real meaning will become even clearer during the next few weeks. Relieved of any necessity to cloak antipathy under the guise of diplomatic double talk the outgoing Administration will unleash the anti-Israel hounds at the State Department and encourage all those who have been waiting to “stick it” to Israel to launch forth with a myriad of accusations and condemnations.

Having already facilitated the passing of a resolution at the UN which dooms any so called peace talks they will now have their eyes on further actions. In a speech delivered on Wednesday, John Kerry managed to once again put the blame for his failures on to Israel. The finale is bound to occur at the meeting of 70 nations scheduled for Paris on 15 January. This bash will be the perfect opportunity for Obama & Kerry to perform on the world stage and deliver their final acts of perfidy. Having been described by some as the modern day version of the Dreyfus trial the gathering of all and sundry will provide an ideal platform for the UN, EU, USA and Uncle Tom Cobbly and all to formulate demands which will put the final nails in the coffin of any negotiation prospects. New Zealand may very well be the recipient of accolades and praise for its attempt to “pull the wool” over real facts. The Trump cavalry is galloping to the rescue on the horizon but five days before they reach us, France with the assistance of the outgoing White House will have managed to cause mayhem.

I predict that once out of office the Obama/Kerry duo will join up with groups dedicated to Israel bashing which will make Jimmy Carter look tame in comparison. Quite possibly usual Jewish fellow travellers from the defeated Clinton campaign will be on hand to help.

What can we expect in 2017 from the incoming Trump Administration? If promises are to be believed we can look forward to some major foreign policy changes. Whether these materialise is another matter but based on current pronouncements there should be a fairly quick reassessment of Middle East policies including shifting the US Embassy to Jerusalem and holding the PA and others accountable for funding terrorists’ pensions and salaries and the right of Jews to live in their historic homeland. In line for serious change is countering Iran’s march to the nuclear bomb and its sponsorship of murderous mayhem and of course taking the gloves off in the fight against international Islamic terror. The hypocritical UN and associated agencies such as UNESCO, Human Rights Commission and UNRWA can also be expected to face critical scrutiny and may find themselves without major US funding if they continue on their present Israel bashing course. If indeed these actions were to take place these changes would face fierce opposition from entrenched politically correct officials in Washington. Trump’s challenge will be to overcome these impediments to change.

In the absence of a concerted effort to tackle Islamic terror the threat from these groups will escalate. As soon as the words “Islamic terror” are returned to the US Government vocabulary it will be up to Europe in particular to also become serious. Unfortunately there is very little likelihood of this happening in 2017 and therefore Europe will continue to fiddle while the ticking time bombs lurk. Europe and Scandinavia are doomed because of their refusal to acknowledge the real source and cause of terror in their midst. Demographically the writing is already on the wall.

The failure of current European Governments, who have lamely followed the Obama doctrine of excusing the causes of terror, will result in major electoral upheavals in 2017. France, Germany, Holland and possibly Italy face elections and given the current level of discontent the outcomes are going to be interesting to say the least.

The UK faces an embittered EU which will make its exit as painful and difficult as possible. It is in Britain’s interest to get out of the failing EU as quickly as it can. It remains to be seen whether the UK Government has the guts and stamina to do so.

The prognosis for Jews in Europe is grim. Faced by growing Islamic hate, demographic decline and increasingly anti Israel Governments and political parties, the necessity to relocate to more favourable environments will escalate. Israel can expect an increase in immigration from threatened communities in the coming year. The only question is whether those threatened will wake up in time.

Meanwhile in the USA, the self-inflicted disaster of weakening identification with anything Jewish and Israel amongst the non-Orthodox section of the community as a result of assimilation, intermarriage and lack of Jewish education, will accelerate. The long term outlook is not good unless somehow a massive return to Jewish roots can become possible.

2017 will see the centenary of the Balfour Declaration and the defeat of the Turks in the First World War which led to the liberation of Beersheba and Jerusalem. The former event laid the foundation for the San Remo Conference which granted the legal foundation for Jewish settlement in the territory of mandated Palestine from the Mediterranean to the Jordan River.

The latter liberated the future Jewish State from the cruel clutches of the Ottomans and set in train the establishment of the Jewish State. The Palestinian Arabs have already demanded that the UK apologize and make amends for the sins of Lord Balfour. It will be interesting to see how that turns out bearing in mind that the British have once before broken their promise by unilaterally establishing Jordan from the territory promised to the Jews. This was followed by their shameful efforts to deny asylum to Jews fleeing Nazi Germany and Europe to mandated Palestine.

For Israel, 2017 will as usual present challenges and opportunities. Even before 1948, Arab countries with the active connivance of those opposed to the very idea of a return of Jews to their ancient homeland, tried to scuttle its implementation. The coming year will see continuing efforts by the UN to censure, impose suicidal solutions, boycott and isolate Israel. Several factors however make next year different from the past. Hopefully we will have in a new American Administration a far more realistic approach to the complexities involved and a true realization of the core problem. The refusal to acknowledge Arab and Islamic opposition to a valid Jewish presence in a place where Jewish history is so manifest has meant that all sorts of other dangerous schemes have been promoted. Defunding the UN and its associated groups which spend all of their time condemning Israel is hopefully a priority. Once the money dries up a sense of realism may prevail. The political and economic disintegration of the EU in 2017 will weaken their ability to meddle in our affairs.

Israel can next year expect robust growth. Its economy and leadership in many fields will further strengthen. Unfortunately, security threats will still loom and in due course those terror groups on our borders and further afield will need to be dealt with in a decisive manner.

In the midst of Chanukah, the Festival of Lights and freedom, we can gain confidence from the lessons of Jewish history. The blips caused by Obama and Kerry and a morally bankrupt international community are nothing compared to the mighty empires which tried and failed to eliminate us. As long as we stand proud and refuse to be sacrificed on the altar of political hypocrisy we will hasten the fulfillment of the predictions of our prophets who foresaw a time when the nations of the world would come to  Jerusalem and acknowledge Jewish sovereignty once and for all.

Michael Kuttner is a Jewish New Zealander who for many years was actively involved with various communal organisations connected to Judaism and Israel. He now lives in Israel and is J-Wire’s correspondent in the region.`