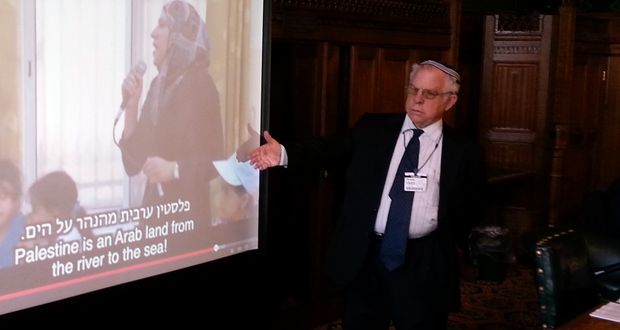 The renewed Canadian support for UNRWA may end up in the wrong hands, warns the Center for Near East Policy Research, headed by David Bedein.

Marie-Claude Bibeau, Canada’s Minister of International Development and La Francophonie, announced on November 16, 2016, $20 million to the United Nations Relief and Works Agency for Palestine Refugees (UNRWA) to help increase access to these essential services. A proportion of Canadian funding will also be used to expand training for staff on the proper and neutral use of social media. $5 million to UNRWA’s emergency appeal for Palestinian refugees impacted by the crisis in Syria and surrounding areas.

Briefing members of the Israeli Knesset (Parliament) on January 3, 2017, Bedein said that terrorist groups like Hamas and the the Islamic Jihad operate in UNRWA facilities in the Gaza Strip, and this fact should set off alarms for donor countries. CIJnews was told that a similar briefing is planned to take place in Ottawa during the winter sitting of Parliament.

On January 3, 2017, Palestinian news site elnnews.com reported that a tunnel built by al-Qassam Brigades, Hamas’ military/ terrorist wing, beneath UNRWA school in al-Maghazi neighborhood, collapsed in late December 2016 causing severe damages to some classrooms. According to the report, a disaster was avoided as the incident occurred during the night.

The anti-Hamas site added, “Hundreds of tunnels run beneath our homes, schools, mosques and private properties… Gazans who oppose it are being arrested and tried for treason and of taking position against the resistance… Not long ago, the occupation forces [Israel] bombed al-Fakhura school [run by UNRWA] killing dozens in school as a result of the irresponsible behavior by operatives of al-Qassam [Brigades] who launched rockets from the vicinity of the school which was packed with women and children.”

The al-Fakhura School incident refers to an Israeli military strike that took place during the Gaza War on 6 January 2009 near a United Nations-run school in the Jabalia Camp in the Gaza Strip. Israel stated it fired on the school in response to militant gunfire believed to be coming from al-Fakhura.

For more than a decade, Hamas the governing authority in the Gaza Strip has been developping a sophisticated network of military tunnels with branches beneath many Gazan towns and cities. Some of them are cross-border tunnels and were used to launch attacks inside Israeli territories. During the last year, numerous tunnels collapsed killing operatives of al-Qassam Brigades who dug, equipped and operated them. On December 7, 2016, al-Qassam Brigades reported that two of its operatives were killed when a tunnel collapsed in Gaza.