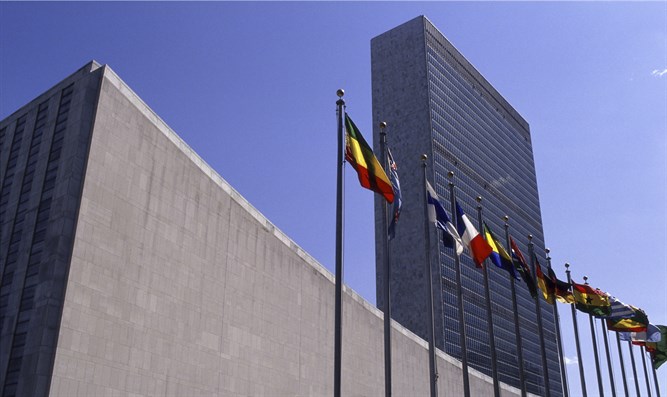 The Center for Near East Policy Research (CNEPR) opened a new office near the United Nations headquarters in New York City on Thursday. The center will promote its UNRWA Reform Initiative out of the new office.

UNRWA exists to serve the Arab refugees from Israel’s War of Independence, when the armies of five Arab nations invaded the nascent Jewish State in an attempt to destroy it. Many of them left Israel after Arab radio broadcasts told them to leave their homes, promising they would return shortly, after the Jews were wiped out. Some fled in fear or were told to leave their homes by Israeli forces fighting nearby.

UNRWA is the only UN organization which is dedicated to a single group of refugees. All the other millions of refugees in the world fall under the auspices of the United Nations High Commissioner for Refugees (UNHCR).

The definition of a ‘Palestinian refugee’ under the auspices of UNRWA is also very different from the definition which applies to all other refugees in the world. ‘Palestinian refugees’ are the only refugees in the world who inherit that status from their parents and grandparents, rather than becoming refugees by being forced to leave their country of origin. They also do not lose their status as refugees if they receive citizenship in another country, as many of those UNRWA still considers refugees received from the State of Jordan.

As a result of UNRWA’s policies and the refusal of the surrounding Arab nations to integrate the original refugees or their descendants and to grant them citizenship, the number of refugees has increased nearly tenfold, from approximately 700,000 in 1949 to over five million today.

The UNRWA Reform Initiative seeks to change the operations of UNRWA so that the organization focuses on finding solutions for the refugees and their descendants instead of continually perpetuating their refugee status.

The CNEPR stated in its announcement of the initiative that “UNRWA perpetuates stateless status of refugees and their descendants, reinforcing a life of limbo, poverty, anguish and despair,” in addition to promoting violence and hatred against Jews in schools.

David Bedein, the Director of the CNEPR, stated that “97% of UNRWA’s $1.2 billion budget comes from donor nations, any of whom could initiate a veto of any UNRWA policy which does not support the UN credo that ‘peace starts here.’” He has shown that UNRWA educational facilities employ Hamas members and encourage continued belligerence against Israel.

“Our agency will now dispatch experts to brief staffers of the U.S. Congress, the Parliaments of the EU, Canada, UK, Australia and Scandinavia, to ask donors to condition further aid to UNRWA on a policy overhaul. Films, reports, studies and previous briefings can be found by visiting the UNRWA Reform Initiative page,” Bedein continued.

The office in New York will allow the CNEPR to present the initiative to UNRWA’s donor nations directly, and to educate them to use their clout as donors to establish effective supervision over how donations to UNRWA are spent.