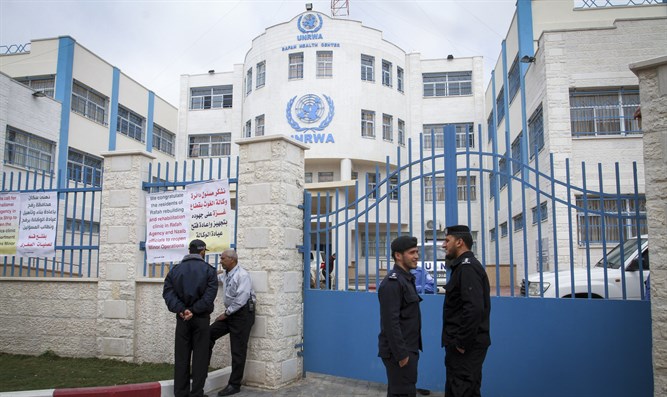 Gaza Deputy Education Minister Dr. Ziad Tabeth and a Hamas official have stated they completely oppose the proposed changes to the UNRWA textbooks, and claim UNRWA must use the textbooks provided by the “host country,” the Palestinian Authority.

According to Tabeth, the PA education officials printed new textbooks for all Arab schools.

Palestin reported that UNRWA main headquarters sent a booklet to UNRWA in Gaza explaining the changes to the textbooks used in UNRWA schools.

During the first stage, the changes focus on the subjects of Islam, math, civics, and the study of Arabic in grades 1-4. The second stage of the plan focuses on the middle school curriculim.

According to Arab reports, UNRWA is trying to change chapters which deal with “violence,” meaning those which address the Arab-Israeli conflict. The changes also affect chapters dealing with gender, and coed situations, and leave out any mention of the politics which make up the basis for “Palestinian” propaganda.

On Saturday, the Palestinian Authority protested the changes to the curriculum, calling the idea of change “very dangerous.”

Schoolchildren in UNRWA schools in Gaza are trained to infiltrate and attack Israeli towns,

Recently, an UNRWA employee was elected to the Hamas political bureau. The US government is currently investigating UNRWA’s connections to terror.