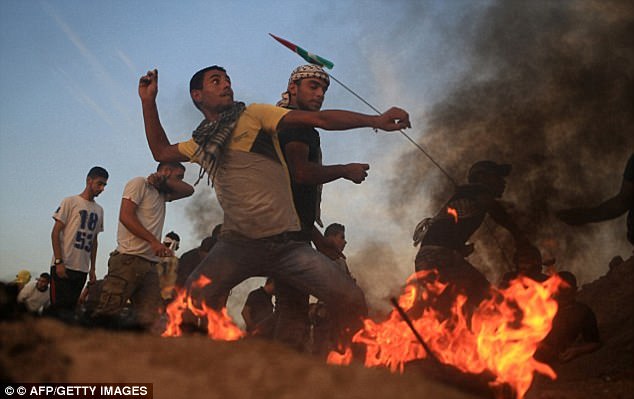 Aid for despots and dictators. Aid for rich nations with their own aid agencies and others able to afford space programmes. Aid for North Korean officials and Somali jihadis. Aid that ends up in pockets of Palestinian killers, like the one who knifed British tourist Hannah Bladon to death in Jerusalem on Good Friday.

This newspaper has reported on all these cases and more. And our Prime Minister’s depressing response? The leader who likes to present herself as the epitome of common sense has decided to continue with the stupidest policy of recent years: the insistence that Britain must give away 0.7 per cent of national income in foreign aid.

Even as she spoke, her Chancellor hinted they might abandon another promise not to raise income tax, national insurance or VAT. This is the politics of the madhouse: borrow money and put up domestic taxes while doling out swelling sums on flawed projects abroad. Last year alone we sprayed more than £13 billion around the planet. How much more will be frittered away after another five years of May to hit a dubious and outdated target?

In case anyone doubted the reason for this policy, former Chancellor George Osborne popped up to tweet this was ‘key to creating modern compassionate conservatives’. Aid tends to be about the donor, not the recipient.

Once Osborne admitted privately the great British aid giveaway was to keep charities ‘off our back’. Certainly there was loud concern voiced last week from charities and global institutions taking our funds as speculation mounted the target might be abandoned.

No doubt May feels she needs to shore up her left flank as voters opposed to Brexit worry about her hardline stance on EU withdrawal. Yet constant revelations of waste will be a running sore during her time in office.

This self-serving political opportunism ignores mountains of evidence exposed by this paper of astonishing profligacy and corruption – the inevitable consequence of prioritising spending over need.

As bills get bigger, growing sums get creamed off by fat-cat consultants earning millions, multilateral bodies flying first-class around the world, and charity chiefs on huge incomes.
May insists they will spend aid money in the most effective manner. Yet I have heard this weary mantra so often before from aid advocates and complacent politicians: that lessons will be learned, that corruption will be tackled.

Action only ever gets taken after exposure by journalists. Nothing was done about those millionaire consultants, for example, until a series of articles in this newspaper culminating in revelations of dirty tricks to win lucrative state deals by the biggest specialist contractor.

Suddenly there were parliamentary probes, government inquiries and termination of deals. Yet still DFID treats whistleblowers with contempt while talking about transparency and reeling off dodgy statistics it refuses to source.

Priti Patel, the Minister in charge of chucking away this cash, seems seduced by jetting around the world spending other people’s money. She claims ‘humanitarian needs in 2017 are unprecedented’. This is simply false: poverty is falling around the planet thanks to capitalism, consumerism and technology.

And she points to famine in South Sudan without acknowledging the role Western funds played in aiding the gangsters and warlords whose fighting led to mass starvation.

What a shame to see Theresa May fall for this silly stunt. It is damaging for her reputation, dreadful for her party and, above all, disastrous in so many circumstances for the poor people who suffer from this corrosive form of neo-colonialism.