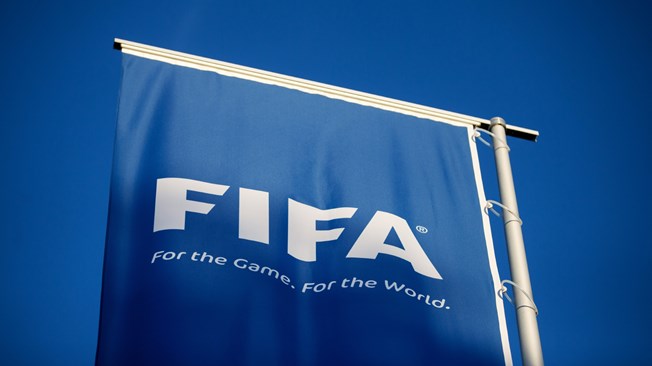 Much has been said recently about the need for Mahmoud Abbas to cut the Palestinian Authority’s terror-related payments. But the PA funds its ministries, including the Palestinian Football Association that has deep links in exploiting football for the propagation of terror.

The gruesome history of Palestinian exploitation of football to promote their terror ideology goes back at least fifteen years.

In 2002, the Palestinian Authority sponsored a soccer tournament in Tulkarm in which eight teams were named after their terrorists. Tulkarm was the hotbed of suicide bombers that reached into Israel to spread their death and injury on Israeli civilians.

One of the football teams was named Abu al-Basset Oudeh. He was the monster that walked into Netanya’s Park Hotel dressed as a woman and exploded his death belt murdering twenty nine people and maiming a further sixty four. They had gathered to commemorate Passover, the Jewish festival of freedom. Some of those killed were Holocaust survivors. The killer Oudeh was honored in a football event staged just a few months after the Netanya attack.

Another suicide bomber glorified by having a football team celebrate his “heroism” was Mahmud Marmash who blew himself up by the entrance of the Netanya’s HaSharon Shopping Mall killing five Israeli civilians and injuring seventy four people. My wife narrowly avoided being included in these deadly statistics. She turned back from a visit to the mall when I called her to return to our office. This saved her life. Moments after she turned back she heard the explosion. The residents of Tulkarm could have been celebrating her murderer at this soccer event. That’s one reason this is personal for me.

The list is long. In 2007, another football tournament took place in Tulkarm in honor of Ziyad Da’as who, as head of the Tanzim terror group, was responsible for the 2002 Bat-Mitzvah terror attack in Hadera that left six dead and dozens wounded. Da’as also participated in the kidnapping and murder of Etgar Zeitouni and Moti Dayan.

On August 5, 2008, the Palestinian champion team, Hilal Al-Quds, organized the Dalal Mughrabi Football Championship. Mughrabi was a female terrorist that, with twelve others, hijacked a bus in 1978. In this attack, thirty seven Israelis were killed, twelve of them children, and seventy more were injured. She is feted as a “heroine” and a “martyr” in Palestinian football circles.

Wafa Idris, the first female Palestinian suicide bomber, had a football tournament named in her honor in March 2011.

According to the official Palestinian daily newspaper, a two-day football event was organized in April 2014, in honor of Abu Jihad, the perpetrator of the Munich Olympic Games massacre which killed eleven of Israel’s finest sportsmen.  In total, Abu Jihad was responsible for the murder of 125 Israelis.

In October of 2014, another Palestinian football competition took place in which teams were named after murdering terrorists. One was Fathi Shaqaqi, the founder of Palestinian Islamic Jihad, who killed and wounded hundreds of Israelis in attacks that included the Beit Lid double suicide bombing, attacks at Haifa’s Maxim restaurant, two suicide bombings at Netanya’s HaSharon Mall, the Dizengof Center bombing in Tel Aviv, a bombing at the Tel Aviv bus station, and an attack on an Eilat bakery.

On April 24, 2015, the Ansar Al-Quds football team hosted the 21st Youth Football Tournament named in honor of both Abu Jihad and Abu Iyad, the founder of the infamous Black September terror group that not only staged the attack that killed eleven Israeli sportsmen at the Munich Olympic Games, but who also kidnapped and murdered two prominent US diplomats in Khartoum in 1973.

During a summer football event held in Abu Dis in 2015, several teams were given the names of deadly terrorists, including Khaled Nazzal who was responsible for the murder of twenty two children and five adults in Maalot, and Mutaz Hijazi who attempted to kill Yehuda Glick, MK.

On October 3, 2015, Muhannad Halabi murdered Aharon Benita and Rabbi Nehamia Levi as they were walking away from prayers at the Kotel. Halabi also seriously injured Aharon’s wife, Adele, and two-year old son before he was neutralized by security forces.  One month later, the Palestinian Bal’a football club held a soccer event in Jenin in his honor.

On February 6, 2016, nineteen year-old, Hadar Cohen, was knifed to death outside the Damascus Gate in Jerusalem. Her killer, Muhammad Kmeil, was the captain of the Qabatiya football club. He was described by his club as a person of “high morals.”

The 22nd Abu Jihad football tournament was organized on April 23, 2016 by the Al-Ansar football team. This competition took place under the auspices of the Palestinian Football Association. This event was sponsored by the Pontifical Mission of the Vatican!

On June 17, 2016, two Palestinian football teams, the Al-Amid and the Al-Ghazalan clubs, competed for the Basel Sidr Cup. Sidr was killed by Israeli security forces as he tried to stab policemen in Jerusalem.

Musbah Abu Sbeih murdered three Israeli citizens and injured five more in shooting attacks on October 9, 2016. Among those killed was a grandmother, Levana Malachi. Two days later the players and officials of the Hilal Al-Quds football team were filmed and photographed holding up a large banner carrying the face of Levana’s killer and a slogan praising him, calling him the “Lion of Jerusalem.”  Hilal Al-Quds is the Palestinian Football Association’s champion team.

FIFA is the world governing body for football. It has clear rules pertaining to ethics and code of conduct in soccer. FIFA supports and sponsors a global campaign against racism in football. This came about following the complaints of colored footballers to insults and name calling at football events. How much more important can it be for FIFA to kick terrorism out of football? After all, these people are not being insulted by the terrorists glorified and honored in Palestinian footballing circles. They are being murdered and maimed.

Article 3 of the FIFA Statutes states that, “FIFA is committed to respecting all internationally recognized human rights and shall strive to promote the protection of these rights.”

The time has come for FIFA to KICK TERRORISM OUT OF FOOTBALL.

This basic principle is reflected in Article 24 of FIFA’s Code of Ethics which says; “Persons bound by this Code shall respect the integrity of others involved. They shall ensure that the personal rights of every individual whom they contact and who is affected by their actions is protected, respected and safeguarded.”

Jibril Rajoub, as the highest responsible official in Palestinian football and a FIFA Delegate, has been deliberately delinquent in abusing FIFA’s Code of Ethics and conduct. By his words and actions he has promoted violence, terrorism, and insults that have harmed and killed hundreds of people, including women and children.

Rajoub has used football to indoctrinate and educate Palestinian children to praise and glorify murdering terrorists. Here are some of the statements made by him;

The Palestinian news agency, Maan, reported on July 17, 2013, that the “Chairman of the Palestinian Football Association, Jibril Rajoub, eulogized Ahmad Jabarah Abu Sukkar, saying ‘Before his pure soul, we emphasize our adherence to the principles and goals that he dedicated his life to protect.’”

The “principles” and “goals” that Abu Sakkar dedicated his life to was that, in 1975, he loaded a refrigerator full of explosives and detonated it in the center of Jerusalem killing fifteen people and leaving over sixty civilians injured. After this terrorist’s death in 2013, Rajoub vowed to continue his way of struggle.”

Can Rajoub’s principles and goals be tolerated in a FIFA organization that claims to be based on high moral and universal values?

Two months later, Rajoub, in an interview aired on official Palestinian TV, compounded his anti-FIFA ethics by claiming that Abu Sakkar was “a legend that walked on earth, the most noble among the noble.”

In 2013, Israel gave an early release to a hundred and four terrorists as a peace gesture to the Palestinians. In October of that year, Jibril Rajoub staged an event in which he presented plaques of honor to three of the released murderers. Two of them had killed Michal Cohen, a nurse and mother, in a Jerusalem forest.

Leila Khaled is a Palestinian terrorist and plane hijacker. In her second hijacking attempt, she was overpowered by Israeli security guards while the plane was in mid-air as she was holding a hand grenade. On August 16, 2015, Rajoub told the public  the official Palestinian TV channel that Khaled was “a hero and a symbol.”

Rajoub’s public exhortations to praise and honor murderous terrorists is widespread in Palestinian society. On October 17, 2015, during the height of intensive and deadly terror attacks against Israeli civilians, Rajoub appeared on Palestinian TV to say, “I am proud of them. I congratulate everyone who carried them out and I say to you, we are proud of you.”

Jibril Rajoub claimed that these killers are “assets to the Palestinian people.”  This, from a FIFA Delegate.

On January 6, 2016, he again appeared on Palestinian television, this time to praise Muhammad Halabi, the murderer of Aharon Benita and Rabbi Nehamia Lavi. He told the viewers that Halabi was a “hero and a crown on the head of every Palestinian.”

All this begs the question, what is the difference between Rajoub glorifying his killers to that of Bin Laden praising his Al-Qaida terrorists, or Al-Baghdadi promoting his ISIS murderers? Why are these arch-terrorists globally condemned, while terror-promoting Rajoub continues to be welcomed as a FIFA official?

A campaign in now under way to demand that FIFA remove Jibril Rajoub and to sanction the Palestinian Football Association for their persistent glorification of terror in their football clubs and at their footballing events.

Much of the evidence incorporated in our complaint to FIFA was collated by Jerusalem-based Palestinian Media Watch.

We have now been joined by One Family, the terror victims organization, and have invited terror victims and bereaved families to participate in the campaign by signing individual letters of complaint, each one itemizing their personal grievances with FIFA that has allowed Rajoub and the PFA to go unpunished.

The FIFA campaign has just begun, but already over thirty terror victims have signed onto the campaign and, globally, major organizations have voiced their readiness to lobby FIFA.

The time has come to  “Kick terrorism out of football.”

Barry Shaw is the Senior Associate for Public Diplomacy at the Israel Institute for Strategic Studies.

Center for Near East Policy Research
127 POSTS0 COMMENTS
© A WEBstationONE.com production, partially funded by the Internet Development Fund and the IDF Link technology. © 2003-2020 All rights reserved. Articles and Special Reports on IsraelBehindTheNews.com are copyrighted. Every reader is welcome to reprint any and all articles, and with citation.
MORE STORIES

Michael Kuttner - July 31, 2021
Fiestas originated in pagan traditions and became celebrated events under Spanish rule. Michael Kuttner It is rather fitting that fiestas have a Spanish flavour because the...