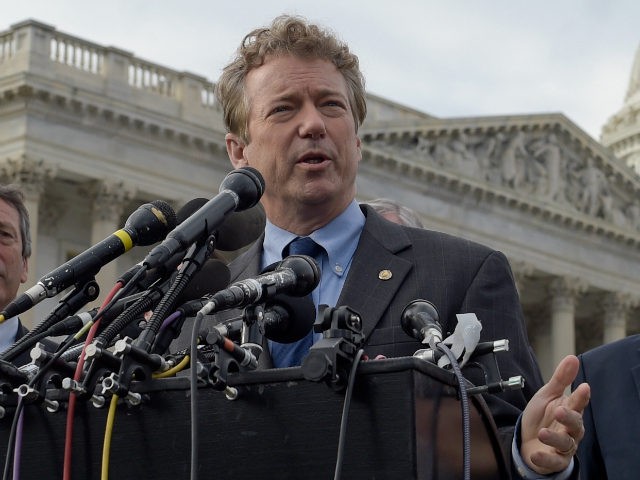 Last year, Congress overwhelmingly passed the Justice Against Sponsors of Terrorism Act (JASTA) to allow the family members of those killed in the 9/11 attacks to sue the government of Saudi Arabia for any part it played in those acts of terrorism.

Now, less than a year after Congress voted to let the victims and the families of victims of 9/11 sue Saudi Arabia, the current administration is proposing the largest-ever arms sale to Saudi Arabia.

The arms sale allows the Saudis to immediately get nearly $110 billion in American weapons and an unimaginable $350 billion in arms over 10 years.

After the veto override, former U.S. Senator Bob Graham stated, “[F]rom what I know today, there is ample evidence that 9/11 would not have happened but for the assistance provided by Saudi Arabia.” He went on to say, “The results of that assistance was (nearly) 3,000 persons murdered, 90 percent of them Americans. And a new wave of terrorism with Saudi financial and operational support has beset the world.”

Selling military weapons to questionable allies is not in our national security interest. At some point, the United States must stop and realize that we are fueling an arms race in the Middle East.

Even Hillary Clinton questioned the loyalty of Saudi Arabia in an email released by WikiLeaks, saying, “We need … to bring pressure on the governments of Qatar and Saudi Arabia, which are providing clandestine financial and logistic support to ISIL and other radical Sunni groups in the region.”

When we choose to intervene and provide or sell weapons to one nation, we only invite other nations to match or grow their own armaments – Iran and Israel will likely devote more of their funds to keeping up.

Furthermore, U.S. military assistance to Saudi Arabia, which has come in the form of intelligence, refueling missions, and the sale of major U.S. defense equipment, has not abated the humanitarian crisis in Yemen.  If anything, it has exacerbated it.

In January, the United Nations estimated that the war in Yemen had so far cost at least 10,000 lives, and horror stories of civilian casualties continue to emerge from the conflict, including a Saudi-led bombing of a funeral in October that wounded hundreds and killed over 100.

A coalition airstrike on a hospital in August killed 19 and injured 24, according to Doctors Without Borders.  And these are only a couple of the examples one could cite.

After the April airstrikes in Syria, Secretary of State Rex Tillerson declared, “We rededicate ourselves to holding to account any and all who commit crimes against the innocents anywhere in the world.”

Do we have to amend this statement to say, “… unless they have billions of dollars to invest in the United States”?

So what does the U.S. gain from cutting this deal with Saudi Arabia?

He expressed concern that arms industry-related jobs were at risk of being lost if Congress did not allow the sale to proceed.  President Eisenhower warned our nation during his farewell address to be very wary of the military industrial complex and its encroachment on civil society. The moment when the best interests of defense contractors start determining what is in the national security interest of our country, the tail has begun to wag the dog.

Saudi Arabia’s relationship with radical elements is an open secret. Zalmay Khalilzad, a former U.S. ambassador to Afghanistan, Iraq, and the United Nations, wrote an article about Saudi Arabia’s admitted relationship with Islamic extremists. Regardless of its origins, the Kingdom of Saudi Arabia has been using their ties with Islamic fundamentalists to further their influence throughout the Middle East and abroad through charities, schools, and social organizations.

In a New York Times op-ed, Ed Husain stated, “Al Qaeda, the Islamic State in Iraq and Syria, Boko Haram, the Shabab and others are all violent Sunni Salafi groupings. For five decades, Saudi Arabia has been the official sponsor of Sunni Salafism across the globe.” Does this administration expect Congress to look the other way as it attempts to sell U.S. weapons to Saudi Arabia?

Since Saudi Arabia’s incursion into Yemen, Iran has started shipping weapons to Houthi rebels, Al Qaeda has increased its territorial presence, and ISIS has several satellite offices in the country. The U.S. and coalition naval blockade of incoming vessels is just one of many examples of heightened tensions and military escalation on the Arabian Peninsula.

Our prolonged military campaigns in the Middle East quagmire have not produced any net gains.

When President Trump spoke in Saudi Arabia, he proclaimed the United States would not tell other people “how to live” or “what to do.” That is a welcome change of tone from previous interventionist-happy leaders from both sides of the aisle.

Realism, however, doesn’t mean we should sell arms to a country that doesn’t share our values or enhance any strategic vital interest of America.

In the next few weeks, I, along with a bipartisan group of senators, will force a vote disapproving of this arms sale to Saudi Arabia.  Let’s hope the Senate will have the sense to stop this travesty.