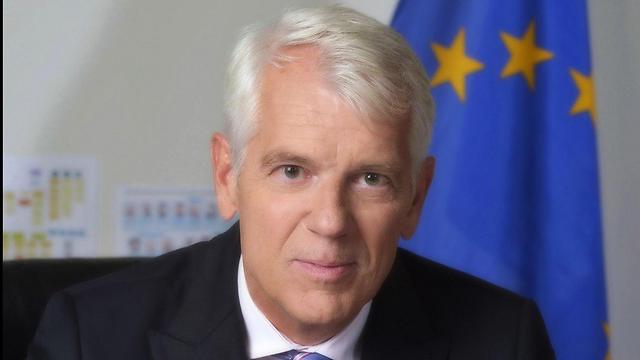 Lars Faaborg Andersen, the departing Ambassador of the European Union (EU) in Israel, is a nice, tall gentleman with a Danish accent. He is used to discussing the difficult subject of the relationship of the Union with Israel, which generally involves criticism about Israeli politics.

Mr. Andersen is now leaving his post, and in several interviews, he has expressed the same old criticism intermingled with a sincere appreciation for Israel and the wish to stay good friends. All beautiful sentiments, legitimately expressed.

There is only one thing that appears very strange and unexpected in his goodbye speeches. It is the totally absurd statement that “Israel has much to learn from us [Europe] in the war on terror.”  It’s not because I am the editor of a very recent book of the Jerusalem Center for Public Affairs, Lessons from Israel’s Response to Terrorism, that I feel compelled to answer Anderson.

It’s also because I am European, born in Florence, Italy. My many European friends always ask me how Israel has succeeded in being so brave over the decades in fighting and winning the struggle for its existence, even now when the country endures terrible terrorism attacks.

It’s simple: it’s an objective observation of not only the security mechanisms Israel has refined and adapted from one terror experience to another, but also the incredible ability to develop new ways to prevent terror and to check terrorists’ intentions by an innovative observation of society and cyberspace. Most of all it is the admirable resilience of the Israeli people: they are willing to stop with their own hands the terrorist, to save people in danger, to sacrifice without ever thinking of running away, to renew the regular pattern of life, avoiding too many grieving ceremonies and symbols of mourning, and to quickly reopen streets, coffee shops, museums, schools as if nothing happened.

Israel is better than anybody else in fighting terrorism. Otherwise, it simply would not have survived the wave of attacks that Europe now suffers. Israel suffers attacks on every possible front: from the air, in public squares, airports, streets, by fanatics of every kind – suicide bombers, Islamic organizations, lone wolves. This is why so many people from the European government to security services come to learn from Israel daily, on a regular and intense basis, on how to cope with terror.

I met Mr. Andersen at the King David Hotel when the Jerusalem Center presented Lessons from Israel’s Response to Terrorism to members of the diplomatic corps. We discussed the same subject, how Israel’s endures.

One of the ambassadors attending said, “Europe could never behave like Israel because the Israelis are ready to send their children to fight and even die, which the Europeans would never do.” A very harsh assessment. Even so, I can appreciate this point of view; it is ultimately human. Nevertheless, I responded with the unfortunate truth facing Europe, “You don’t send your children to die, but they are being murdered anyway.”  What choice does that leave the young people in Europe, who will find themselves in the middle of an attack without feeling like their Israeli counterparts – strong, prepared, and dedicated to their country?

An Absurd Assertion: Israel Must Learn from Europe How to Deal with Terror