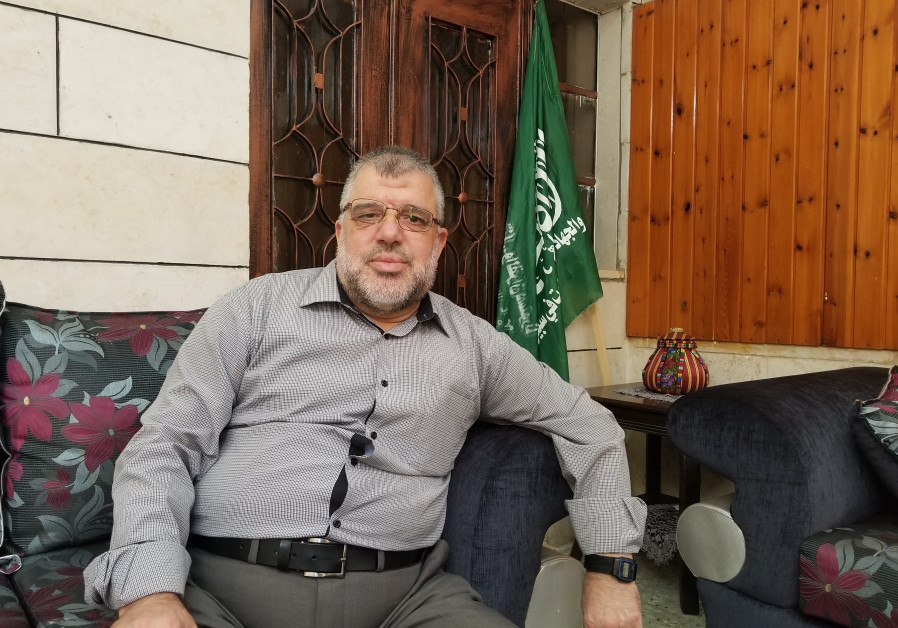 Adam Rasgon, a Jerusalem Post correspondent, profiled Hassan Yousef, a founder of Hamas, in this 1500 word article, describing how Yousef has been “in and out of Israeli prisons since the early 1990s.”

Yet Adam does not bother to do what a police or security reporter would normally do, which is to ask for Yousef’s publicly available criminal record.

After all, Yousef helps direct an organization which engages in wanton first degree murder, by its own admission.

Instead, Adam chooses to portray Yousef in a sympathetic manner, as a jolly family man, expressing regret for the fact that “In some ways, prison became his second home, where he has spent a little less than a third of his life.”

Could Adam not express the concept of Yousef’s criminal activity leading to frequent arrests and incarceration, instead of picturing a moral man who was “pleased to return home to his family,” who wonders “when are they going to take me away again?”

Instead, Adam focuses on how Yousef busies himself defining “Hamas’s relationship with Israel.”

What needs to be defined?

Hamas is at war with Israel.

Yet Adam writes about Hamas as if this concept does not exist.

Adam does not challenge the patently false statement that “Hamas, which has fought many wars with Israel, is ready to lay its weapons down for a long time” …”if Israel lifts its closure on the Gaza Strip.”

What closure of the Gaza Strip is Adam referring to?

Why does Adam not mention that Gaza’s three land crossings remain completely open?
Since when does the Arabic term for ceasefire mean that they will lay down their weapons for any period of time? History has proved that this is not the case.

Does Adam not know that Hamas is not suggesting any kind of “cease fire,” but rather a hudna, tahadia and hudaybiyyah, all of which mean continued war, after a respite for rearmament.

Hudna is nothing more than a tactical pause intended for rearmament in the war between Islamic forces and non-Islamic forces.

The authoritative Islamic Encyclopedia (London, 1922) defines hudna as a “temporary treaty” which can be approved or abrogated by Islamic religious leaders, depending on whether or not it serves the interests of Islam.

A hudna cannot last for more than 10 years.

A hudaybiyyah is an understanding that there will be no fighting for 10 years named for the “Treaty of Hudaybiyyah” in 628 AD.

Meanwhile, Adam does not challenge the statement that the “Israeli occupation needs to allow for freedom of movement – going and coming for travelers, students, sick people, expatriates, and all others who desire to move – exports and imports and everything else. It needs to lift its oppressive siege.”

Why does Adam not respond that Hamas and its Gaza constituency continue to make preparations for full time war?

Why does Adam not ask Yousef about the fact that Hamas terrorists spent the summer in training thousands of children in the use of live weapons, out in the open?

Does Adam not know that Hamas maintains a tight grip over Gaza, and that no attacks on Israel from  Gaza can occur without Hamas consent?

Meanwhile, Adam will only say that “The IDF also believes that it is building a significant number of tunnels that could be used to launch cross-border attacks from Gaza in a future war.”  Why does Adam only see this concept as a belief of the IDF?

Adam’s concluding remarks about Yousef make the terrorist sound like an upstanding family man, who “hosted friends, family and supporters into the late hours of the night” after his release from jail.

“I’m finally home and back to work,” Yousef said to Adam.

Why does Adam not mention that Yosef’s “work” is war with Israel, where cold blooded murder of Jews is an accepted norm of the Hamas group which he helps to direct.

Perhaps Adam’s next assignment for the Jerusalem Post should be a profile of men, women and children who have been murdered by Yousef’s underlings. Their families would be more than willing to tell the story of those who have suffered.

In these days before Rosh Hashanah, Adam needs to ask himself how sympathetic he would feel towards Yousef had he engineered the murder of Adam’s mother.