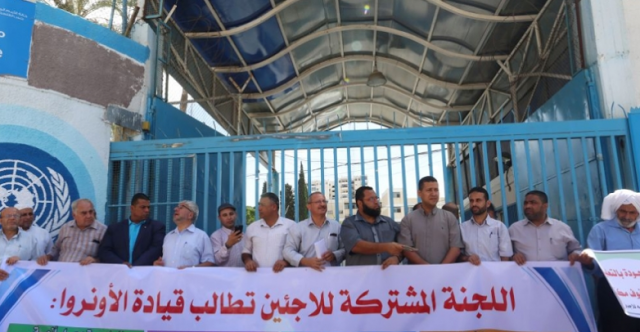 Is the purpose of aid to help people become self-sufficient, or to ensure that they ossify and become more and more dependent?

The answer should be clear, but for UNRWA, it is the latter.

UNRWA’s original intentions were noble – it was meant to be temporary until the Arabs displaced in 1948 could find homes and citizenship – but within only a few years it morphed into a welfare institution and no longer encouraged people to take responsibility for their lives.

The Arab recipients of UNRWA aid, for their part, thought of these extensive benefits – free medical services, free housing, free schooling that in many ways is better than that of surrounding Arab states – were their right. And over time, as UNRWA grew, they felt that employment was an additional right as well. Nearly all UNRWA employees are Palestinian Arab.

You can see two of their demands in English: 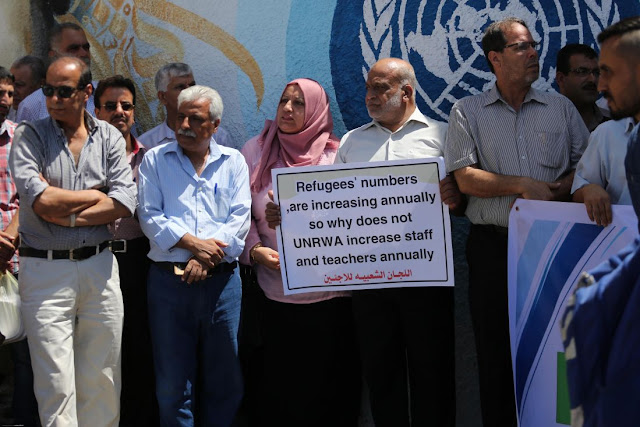 The real question is – why are “refugee” numbers increasing annually? Because they aren’t really refugees, on two counts: one because they are descendants of displaced persons, and two because they are living in the boundaries of British Mandate Palestine and refugees by definition live outside their land! 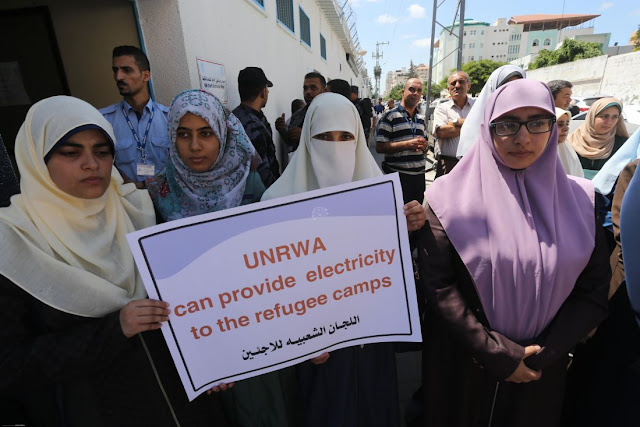 Free electricity! A new demand for the world to pay for.

People in need should get help. But not forever. UNRWA is 50 years past its usefulness, and it is way past time to do something about this, unless the world wants to bankroll never ending Palestinian grievances  – forever.