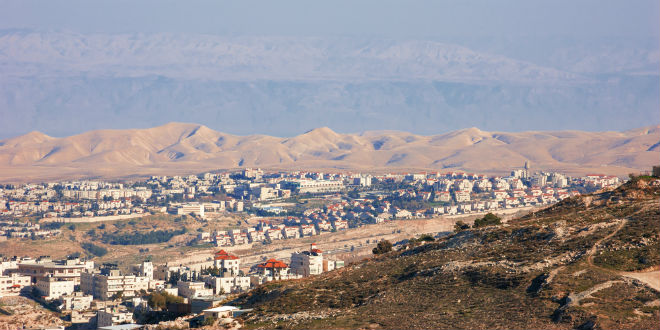 For the second time in a month, Israeli blogger Yisrael Medad weighed in this week on the damaging consequences to us of the media and others rechristening the historic Jewish homeland regions Judea and Samara as “West Bank.”

On September 15, in his “myrightword” blog, Medad criticized former U.S. Ambassador to Israel Daniel Shapiro’s use of “West Bank” in an address at a U.S. university.  “Using ‘West Bank’ has quite a negative impact,” Medad wrote, citing this as the reason:

“You see, Mr. Ambassador, calling the territory of regions of the historic Land of Israel as the ‘West Bank’, a geo-political term of obfuscation created in April 1950 when the illegal occupier of Judea and Samaria, Jordan’s King Abdullah I annexed that land to his kingdom, is unhelpful, an interference with the negotiations for a peaceful settlement, discriminatory to Jewish rights and claims as well as being unauthentic as even the United Nations 1947 Partition Plan used the terms Judea and Samaria to delineate the borders of the two future states (a compromise plan rejected by the Arabs ….)”

Again, on 10/11/17, Meded devoted a posting to “West Bank,” in which he cited a 2/1/17 New York Times article directly quoting Israeli defense minister Lieberman using “Judea and Samaria,” which the NYT helpfully explained to readers is “the biblical name for the West Bank.”

He cites last week’s 10/10/17 Washington Post article’s reference to “… the West Bank, which most Israelis refer to as Judea and Samaria” and an old 9/29/09 Christian Science Monitor article referencing “… the northern West Bank (known in Israel as Samaria)” and “… the southern West Bank (known as Judea)”

I have railed in this media watch against we American disapora Jews, and some of our leading pundits, undermining our own Jewish homeland claim by ourselves saying “West Bank.”  The [Trans]Jordanians in 1950 renamed Judea and Samaria as “West Bank” for the identical reason the Romans in 135 renamed Judaea as Palestine – to disassociate the Jewish homeland from Jews.  It is self-disrespecting and counter-productive for us to go along with it.