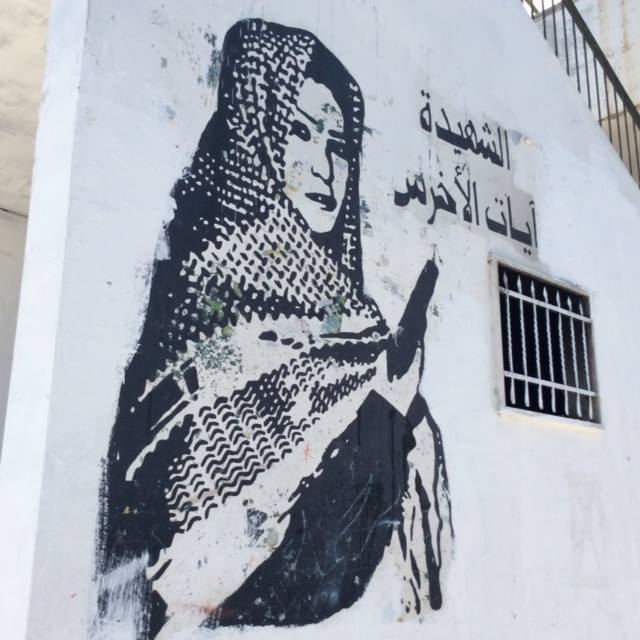 A new comprehensive study by the Center for Near East Policy Research & the Israel Resource News Agency, commissioned by the Simon Wiesenthal Center, highlights new Palestinian Authority school books used in UNRWA schools, which shows unprecedented incitement to terror. How should the 68 UNRWA donors react?‘

Most recently, the Center for Near East Policy Research and the Israel Resource News Agency published a comprehensive study, commissioned by the Simon Wiesenthal Center, which underwrote some of the costs associated with the study. The study provides numerous examples of how new Palestinian Authority textbooks that are used in UNRWA schools incite terrorism against Jews and the State of Israel. What differentiates this study from all previous studies of PA school textbooks since the PA began introducing their own schoolbooks in 2000 is that this was the first time that all PA school books were examined.

This study argues that despite statements made to the contrary by the US State Department, incitement to terrorism remains a pivotal part of the Palestinian school curriculum. For example, Arabic Language, Grade 5, Part 1 (2017) p. 14 and Social Studies, Grade 9, Part 1 (2017) p. 74 describe Palestinian female terrorist Dalal Mughrabi, who murdered 38 Israeli civilians in the Coastal Road Massacre, as a “martyr of Islamic and Arab history” who “commanded the Fidai ‘Deir Yassin’ operation on the Palestinian coast in 1978 in which over thirty soldiers were killed.”

A terror attack targeting the Jewish community of Psagot is described by Arabic Language, Grade 9, Part 1 (2017) p. 61 as a “barbecue party [haflat shiwa’] there with Molotov cocktails on one of the buses of the Psagot colony [musta’marah – Jewish settlement].” Arabic Language, Grade 7, Part 1 (2017) p. 66 describes the State of Israel as the “devils aides.” And Our Beautiful Language, Grade 3, Part 2 (2016) p. 64 includes the following poem: “And I shall remove the usurper [ghaseb – code name for Israel] from my country and shall exterminate [ubid] the foreigners’ scattered remnants [fulul al-ghuraba’]. O land of Al-Aqsa [Mosque] and the sacred place [haram], O cradle of pride and nobility. Patience, patience, for victory is ours!”

Throughout the 2016-2017 textbooks, the name Israel was replaced by the phrase the “Zionist occupation” and the Arab-Israeli conflict was referred to as “the Zionist-Arab conflict.” The maps in the Palestinian textbooks don’t show Israel on the map. Even major Israeli cities like Tel Aviv do not appear on the maps in the Palestinian textbooks for they were built by Jews. However, there are calls for the descendants of the Palestinian refugees to return to their former homes via armed struggle. As Our Beautiful Language, Grade 5, Part 1 (2015) p. 50 declares, “We are returning/ Returning to the homes, to the valleys, to the mountains/ Under the flag of glory, Jihad and struggle/ With blood, sacrifice, fraternity and loyalty/ We are returning.” Even the math textbooks included questions that prompts students to support the “Palestinian shahids.” The question remains whether funding to UNRWA should be made conditional upon reforms in the UNRWA educational system?

Chris Gunness, spokesman for UNRWA, issued a statement that UNRWA is mandated to teach the national curriculum of the host country’s government, which in this case refers to the Palestinian Authority in the West Bank and Hamas in Gaza and asserted: “We have reviewed them rigorously in line with our curriculum framework, which aims to ensure that our curriculum is in line with UN values. In the small number of instances where issues of concern were found, we have created enriched complementary materials for use in our classrooms and we will be rolling out training on this to our teachers in the coming months. UNRWA’s condemnation of all forms of racism is a matter of public record.”

A spokesman for the Swiss Embassy concurred: “UNRWA’s condemnation of all forms of racism and its efforts to prevent them are well documented. As evidenced by Switzerland’s regular dialogue with UNRWA, the Agency investigates founded issues with due diligence. In this regard, UNWA has one of the strictest control mechanisms in the UN system. Switzerland has no evidence of institutionalized hate speech or institutionalized anti-Semitism on the part of UNRWA.”

Dr. Arnon Groiss, the study’s author, disagreed, stressing that documentation provided by the Center for Near East Policy Research shows how some UNRWA staff members have openly supported terrorism against Israel as well as anti-Semitic hate speech online and some UNRWA teachers have even moonlighted as terrorists. For example, UNRWA’s workers union posted a poster featuring the map of “Palestine” (Israel is wiped off the map) accompanied with the following caption: “Oh UNRWA, we have a cause and our fight, jihad, resistance and struggle against those who usurped our land do not need neutrality.” The UNRWA’s workers union has been controlled by Hamas for many years. Some former UNRWA employees, such as Suheil Al-Hindi, were actively part of Hamas while working for UNRWA for years. It took a very long time for UNRWA to get rid of Hindi.

There are many more examples that highlight how UNRWA has been exploited by Hamas, Islamic Jihad and Fatah terrorists. However, there are still those in the international community who refuse to call a space what it is. Therefore, Sander Gerber, a fellow at the Jerusalem Center for Public Affairs, added: “The PA indoctrination of its population is well known but its pervasiveness and impact hasn’t been fully appreciated. The Center for Near East Policy Research study identifies UNRWA education as one epicenter for this institutionalized hatred, which blocks any hope for peace.”

Rabbi Elie Abadie of the Sephardic Academy in New York emphasized: “I think the US and also the UN need to review that entire budget to UNRWA and to make it conditional on them maintaining their neutrality, removing any inciteful material and removing any employee that is connected to terror organizations. Many of the UNRWA employees are sympathizers of terror organizations. Some of those schools are used to store weapons, keytoushas and rockets. That entire charter of UNRWA has to be checked and revised. I think it should have been done long ago.”

Israel’s Deputy Foreign Minister Tzipi Hotovely concurred: “A fundamental examination and serious revision of UNRWA is required. It is crucial that the UNRWA curriculum be revised to educate for peace instead of continuing to incite a new generation towards hate and violence. We need to see a reform in UNRWA. There needs to be increased supervision and accountability of relief funds to ensure they are going to help needy people and not to support terror and the destruction of Israel.”

MK Dr. Anat Berko added: “The issue of UNRWA should be investigated. It definitely should not stay as it is today. Yes to humanitarian aid. No to ‘refugee forever’.”

Rep. Doug Lamborn (R-Colorado) took it a step further: “All funding for UNRWA should be cut until reform conditions are met. Textbooks that delegitimize Israel, denigrate the Jewish people, promote the “right of return” through violent struggle, and glorify martyrdom must be banned.”

According to Former Israeli Consul General to Miami, Former Israeli Consul General to Chicago and Former Deputy Mayor of Netanya Dr. Yitzchak Ben Gad, “I think UNRWA is a source of trouble. Its mandate was to help the Palestinians to stand on their own two feet and to be a constructive element in Palestinian society and to support themselves and their families. Instead, they are doing the opposite. They teach children to hate Jews and Israelis. They even quote the Quran that says that the most terrible enemy of the Muslims is the Jews. Enough is enough. Time for a change.”

Prominent Middle East expert Dr. Mordechai Kedar stressed: “UNRWA lost its raison d’etre years ago and all of the other issues are secondary.”

Jonathan Greenblatt, CEO of the Anti-Defamation League, declared: “Since the 1990s, the ADL has been a strong voice calling for peace education for all. We have long expressed outrage that textbooks in the Palestinian Authority have not prepared these students for peace, and instead have instilled deep hostility towards Israel and Jews and support for terrorism and armed conflict. Over the years, much attention has been paid to this issue, and the Palestinian Authority, UNWRA and others have pledged to remove anti-Semitism, the celebration of terrorism and incitement from these educational materials. To a degree, they have done so. We are therefore alarmed that new textbooks for Palestinian students appear to still venerate terrorists and promote martyrdom and do little to promote the idea of Israel as a reality and a partner for peace.”

Rabbi Donniel Hartman, head of the Shalom Hartman Institute, believes that assuming this study is accurate, there are deeper issues that the international community must grapple with: “In contemporary moral discourse, the powerless are always moral. The powerless aren’t challenged for their moral failures. Power equals immoral, colonialism, etc. We allow the powerless to maintain mediocre moral standards as if we are somehow being considerate when we are condemning their society to the mediocre. You are not doing the powerless any favor by providing excuses. Moral expectations are healthy for everyone. When you don’t treat someone as an adult, it is paternalist. It is not just UNRWA. It is a universal discourse.”

“In the Jewish tradition, we are taught we have sinned,” Hartman added. “You don’t pound someone else and say you are wrong. When you don’t do that, there is no societal improvement. Every society has to ask themselves what they have done wrong, not what someone else did as an excuse for my wrongdoings. Too often they excuse moral mediocrity. They don’t challenge those categorized as history’s victims. Today, you win when you are considered the victim. The issue is how we live together, not counting the chips of victimhood. Under the assumption that the textbooks are morally flawed, anybody who pushes for more improvement is helping. Whether the best way is sanctions or not is a separate issue. The Palestinians have to be held responsible for what they teach their children and until they do, any aspirations for peace and a better Middle East won’t come to fruition.”

The question remains, who is correct? All of the documentation provided by the Center for Near East Policy Research and the Israel Resource News Agency demonstrates that the claims made by the Swiss Embassy and UNRWA that incitement is not a major issue in UNRWA schools is not accurate.

It is clear to any objective observer that incitement remains a major problem in the UNRWA school system despite the introduction of new textbooks in the Palestinian Authority. How idealistically should the international community respond to this? Disbanding UNRWA is not an option as it can only be disbanded by the UN General Assembly.

Therefore, the only possible way to bring about change in UNRWA education is for donor states in the West to use their financial influence to insist that UNRWA’s curriculum rigorously excludes the promotion of hate and violence and whose materials reflect the reality of a neighboring Jewish state. In addition, the new UN Secretary General and all nations committed to peace in the Middle East must demand that UNRWA ends all incitement in their schools. Furthermore, all staff members—especially teachers—who are members of terror organizations and/or make a statement in support of terrorism and/or demonstrate hate speech should be fired.