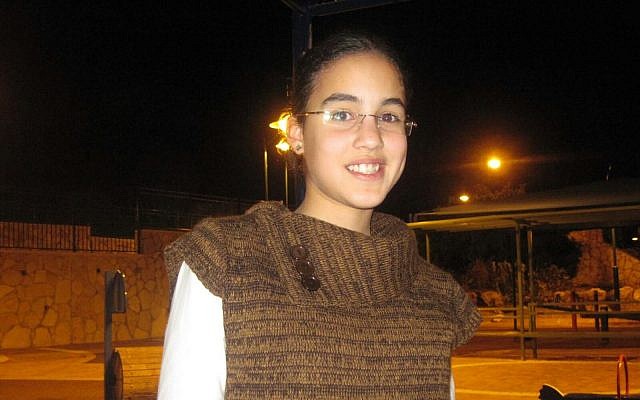 A woman who was wounded as a girl in a March 2011 bombing in Jerusalem succumbed to her wounds Wednesday, after more than six years in a coma.

Hodaya Asulin had been heading home to the Mevo Horon settlement when a bomb hidden in a backpack exploded at a bus stop outside the Jerusalem International Convention Center.

In November 2013, a military court in the West Bank sentenced Palestinian Hussein Ali Qawasmeh to life in prison for orchestrating the terror bombing.

Asulin, who was 14 at the time of the attack, had been unconscious for the six and a half years since, receiving round-the-clock care from family, friends and volunteers.

“Her fight for her life inspired people to do so much good over these past six and a half years. It’s impossible to describe,” her uncle Rafi Asulin told The Times of Israel.

“I send condolences from the bottom of my heart to the family of Hodaya Asulin,” he said in a statement. “The entire Israeli nation is embracing and supporting the family, which wrapped Hodaya in warmth and dedication since the terrible attack. May her memory forever remain blessed and ensconced in our hearts.”

Her funeral was set for 1:30 p.m. at the Mevo Horon settlement’s cemetery.