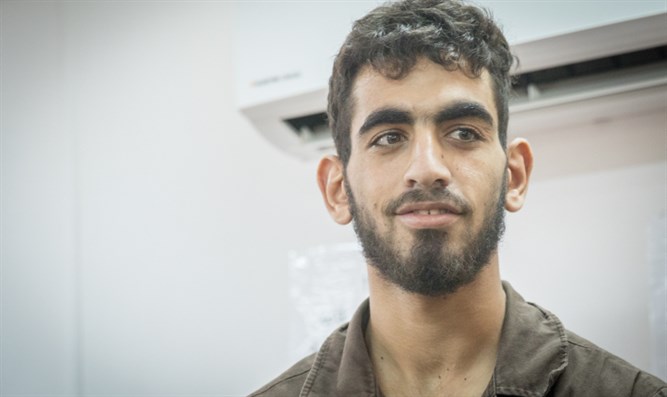 The Ofer military court on Friday morning began hearing the defense and prosecution’s views on sentencing the terrorist who killed three members of the Salomon family in July.

The military prosecution demands 19-year-old Omar al-Abed be sentenced to three life sentences for the murders and a fourth life sentence for attempting to murder the rest of the family.

Photos of the al-Abed in court show him smiling widely, possibly because he knows that for every month he sits in prison, he and his family will receive dozens of thousands of shekels in monthly payments from the Palestinian Authority (PA).

In addition, al-Abed is aware of the fact that as he sits in prison, his colleagues are planning ways to release him.

Potential terrorists know that today, the most lucrative occupation in the PA is killing Jews.

The more Jews you kill, the more money you’ll receive. Whether or not the bill to sentence terrorists to death becomes law, the Israeli government must understand that the PA’s incentives and indulgences, as well as the terrorists’ families’ visits, must cease.

Al-Abed was convicted on Wednesday of three counts of murder, two counts of attempted murder, and incitement.