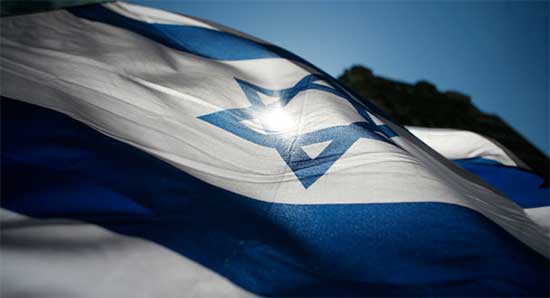 May 1, 2012: The worker’s holiday. Placards were distributed that day by Israel’s National Labor Federation, the Histadrut, which called on workers in Israel to march that day under the banner of “WE ARE WORKERS, NOT SLAVES.”

Why? Suddenly, Israel’s workers found themselves competing with a large non-Jewish migrant worker population enticed by contractors to work in quasi-slave-like conditions, below minimum wage, with no social or medical benefits.

And as of Israel Independence Day 2012, the migrant worker population in Israel had swelled to 163,315 people. Mistakenly described as “asylum-seekers,” in fact, these people were job-seekers – ready to work under difficult conditions and with little remuneration.

No one ever heard the term “asylum seeker” from these migrant workers who were imported to Israel by contractors from Israel’s hotels, restaurants and kibbutzim lured workers from a continent away to work at 25% below the minimum wage, without medical or social benefits, and without any work permit whatsoever.

A case in point:  In 2011, my son’s office in Sderot got a phone call from the  landlord for their volunteers to vacate their rental apartment in Sderot , one mile from Gaza.

The landlord explained that a Bedouin tracker was bringing in ten Sudanese to rent his Sderot flat. I interviewed that Bedouin, an Israeli citizen and IDF veteran, who spoke with me about his job, on the condition of anonymity.

He had just recruited ten Sudanese to accompany them to a Kibbutz, where they were to work a 12-hour day, under minimum wage, with no social or medical benefits. It was the job of the Bedouin recruiter to find his ten work clients a place to live, in nearby Sderot.

To carry out his task, the Bedouin tracker explained that he crossed the Israeli Negev desert into the Egyptian Sinai desert, where he met another Bedouin tracker who had been hired by Sudanese emigrants to guide them on the long trek from Sudan into the Sinai and then to meet a fellow Bedouin from Israel who would accompany the job seekers for the final miles of their arduous journey. The Bedouin tracker whom I interviewed had performed this task for more than five years, until the fence between the Sinai and Israel was finally completed. However, the Bedouin tracker succeeded in “delivering” hundreds of workers to hotels, restaurants and kibbutzim and was remunerated by all of these employers.

Israeli contractors who employed these migrant workers coordinated a   campaign with “civil-liberties” groups whose common goal was to prevent them from being deported.

According to sources at the time in the Eilat municipality, the mass arrival of migrant workers threw an estimated 4,000 Israeli workers in Eilat out of work.  In a city of 49,000 people, that is a significant number of people to have been thrown out of work.

A case in point that our family was witness to: When my younger son finished his mandatory army service, several years ago, he was ready to take any job, so long as he could earn some money before he decided what he was going to do with his life.

He went from work place to work place in Israel, shocked to hear that wages offered to him were far below the minimum wage, with no social or medical benefits.

An illegal migrant worker took the job instead.

If the migrant worker population had continued to expand in Eilat – migrant workers could have formed their own political party and influenced policy decisions in a city whose total population is only 49,000.

I visited a makeshift village for migrant workers that was acquired by contractors for the migrant workers just north of Eilat, where hundreds of migrant workers live in crowded conditions. There, I witnessed them listening to lessons about Israeli civics. A New Israel Fund group hired social workers to teach migrant workers about how to become Israeli citizens, even though they do not qualify for Israeli citizenship under the “law of return” – Israel’s affirmative action law for Jewish immigrants to the Jewish national homeland.

On May 29, 2012, the economics page of the Israel’s leading daily newspaper, Yediot Aharonot, carried a news story which reported that the Israel Hotel Owners Association dispatched a delegation to negotiate with Israeli government officials to allow hotels to keep migrant workers.

Yediot quoted heads of the Israel Hotels Owners Association who pleaded their case with the government that they “cannot manage” without their migrant workers, who work below minimum wage and without any benefits, which is a felony.

In fact, Israeli hotels in Eilat prefer to work with African migrant workers and, as result, have forced an estimated 8,000 Israeli workers in Eilat out of work. While visiting Eilat, I heard complaints from the office of the Mayor that “orders from above” prevented the law from being enforced against hotels that were engaging the services of workers, below minimum wage and without any benefits, which is a felony.  However, the Israeli police did not bring one case against any hotel  which employed migrant workers, below minimum wage and without any benefits.

Perhaps that is because of the political and corporate clout of the Israel Hotel Owners Association, whose members contribute generously to all major Israeli political parties.

Migrant workers are easy prey for easy profits. Across the globe, civil liberties organizations and their allies in the media fight to put an end to the phenomenon of the exploitation of migrant workers who are paid dirt wages with no benefits.

Indeed, a CBS documentary titled HARVEST OF SHAME that aired when I was a boy, over fifty years ago, did wonders to shame the conscience of Americans to horrific working conditions for migrant workers in American agriculture.

Yet in Israel today, civil liberties organizations and their allies in the media fight for migrant workers to remain in horrific conditions in Israel.

The only worry of Israel’s civil liberties organizations is that the migrant workers should not be deported back to their home countries. For workers to live in quasi-slave-like conditions seems highly inappropriate to the spirit of social justice in Israel.

What Israel’s civil liberties organizations and their allies in the media overlook is that the contractors who exploit the migrant workers have hurt the working person in Israel who would like to make an honest living.

Paying a visit to the Eilat municipality, workers in the Mayor’s office said that the Israel Ministry of Justice had decided not to enforce the law in Eilat, and that they were playing hands off of the situation of the migrant workers there.

Until now, the Israeli government simply ignored its own laws and allowed thousands of illegal migrant workers to establish a foothold in Israel.

Contractors of the migrant workers played it smart, hiring PR firms to issue daily releases to the media which charged that if the Israeli government will enforce the law against migrant workers, this will represent an act of racism and discrimination. These contractors also contributed to the civil liberties groups who have been advocating for the cheap migrant workers to remain in Israel, allowing migrant workers with no legal status in Israel to unfairly compete with Jewish and Arab workers in the Israeli labor market.

Israel’s workers compete with a non-Jewish migrant worker population of Israel who are enticed by contractors to work in quasi-slave-like conditions, below minimum wage, with no social or medical benefits

Therefore, migrant workers with no legal status in Israel are able to unfairly compete with Jewish and Arab workers in the Israeli labor market, thanks to the exploitation of well-connected Israeli contractors, who influenced the Israeli government not to enforce the law against migrant workers.

Perhaps there will be an Israeli commission of inquiry which will examine how illegal migrant workers were imported to Israel.

The question of “who profits” will be foremost in the minds of the judges. Perhaps people should vent their anger against the high-profile contractors of the migrant workers, who manipulated thousands of third world foreigners to work under quasi-slave-like conditions, inappropriate to the spirit of social justice.