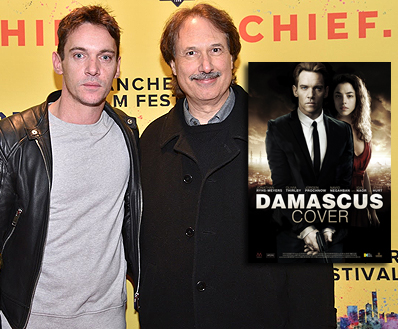 These latest honours follow success at The Boston Film Festival where the film swept the board winning six awards, including Best Film, Best Director for Daniel Zelik Berk, Best Actor for Jonathan Rhys Meyers and Best Actress for Olivia Thirlby.

Israeli spy, Ari Ben-Zion (Meyers), haunted by the death of his son, is recalled to Jerusalem after a failed attempt to bring a mole back to Israel alive. Unsure how many of its operatives have been exposed, the Mossad assigns Ari to smuggle a chemical weapons scientist out of Syria. When Ari’s mission goes wrong he realises he is a pawn in a much bigger and dangerous game that will change him forever. The UK premiere took place on Saturday 3rd March at Manchester Film Festival and was followed by a Q&A with members of the cast and crew; including actors Jonathan Rhys Meyers and Aki Avni, and director Daniel Zelik Berk.

After collecting the awards, director Daniel Zelik Berk said “It is great to have the hard work of all of our cast and crew recognised by fellow film industry professionals and now we cannot wait to lock-in details for the UK release”.

The DAMASCUS COVER producers are currently in discussion with UK distributors ahead of a proposed 2018 theatrical release.