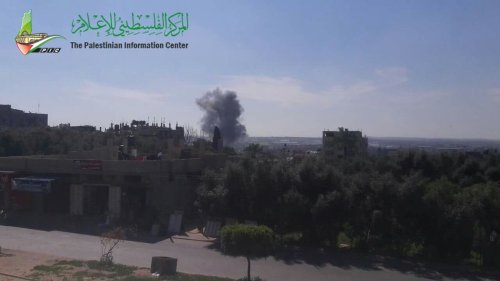 On March 13, 2018, Palestinian Prime Minister Rami Hamdallah’s convoy entered the Gaza Strip on its way to the inauguration of a water purification plant. On the way, an explosive device was detonated against the convoy. Also in the procession was senior Palestinian security official, Majid Faraj, who is considered by some to be Mahmoud Abbas’ successor. Faraj was also injured, though his injuries are most likely very minor.

The Palestinian Authority immediately blamed Hamas for the attack. Why?

Because the struggle between Fatah and Hamas also includes economic considerations. Prime Minister Hamdallah represents the economic interests of Ramallah.  Hamas wants to distance those interests from Gaza so that it will maintain the economic monopoly over Gaza.

Regarding Majid Faraj, it is obvious why he was targeted. Faraj just returned from a prolonged medical visit to the United States, but his trip has clear political implications. Hamas is concerned that Faraj is planning with the Americans to push them out of Gaza.

Regarding the battle for the succession, it could work in two directions: They want to assassinate Majid Faraj, but he miraculously survived. The question right now is if it will actually advance his candidacy. Will it give him a better starting point against the other candidates, or will it have the opposite effect? He will understand that right now, both Fatah and Hamas are opposed to his candidacy to become Mahmoud Abbas’ heir, and the struggle has moved onto violent lines. It’s very possible that the next attack on him will occur in Ramallah rather than in Gaza.

With regard to internal Palestinian “reconciliation,” it never existed, nor will it. It’s fake news from start to finish.