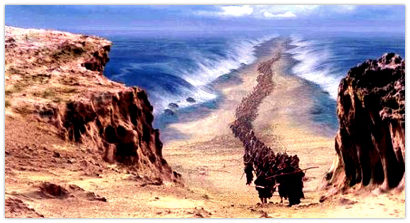 The annual commemoration of our ancestors’ exodus from Egypt could not be occurring at a more auspicious time.

Following the recent Global Forum for Combating Antisemitism and just before Holocaust & Martyrs’ Memorial Day (Yom Hashoah) closely followed by the 70th. anniversary of the Jewish State’s re-establishment, the Festival of Passover is the perfect occasion to reflect on its significance for Jews today.

As families, guests and strangers gather together around tables laden with gastronomical delights, many of which have been handed down from several generations and which reflect origins from immensely diverse cultural backgrounds, the common theme is the recitation of why exactly we are performing this annual ritual. Tunes may vary and languages may be many but the common theme remains the same.

Slavery, bondage in a foreign land, accusations of disloyalty, official campaigns of persecution and rulers who no longer acknowledge the benefits which the Hebrews brought to the country in the past. These patterns of officially sanctioned behaviour in Egypt millennia ago set the pattern for future pogroms and programmes against the Jewish People. Today these same manifestations are directed towards the Jewish nation. Watch this latest farce from the UNHRC (courtesy of UN Watch) which proves nothing has changed:

If ever a Festival was as relevant today as it was back in the days of Pharaoh it is Pesach with all its symbolic foods and recitations from the Haggadah.

The main theme of the Seder evening is the Exodus and its destination. Although the kneidlach (matza balls), the gefillte fish, the chicken soup and the wine are mouth-watering culinary delights, the central theme remains the road map which was “whats apped” to our ancestors as they prepared to escape from Egypt.

The final destination was clearly inputted but unfortunately the software malfunctioned and the Israelites spent forty years taking a circuitous route to the Promised Land. However this had a positive spin-off because it presented the multitude with several opportunities.

First of all the slave rabble, which first set out and soon after departure experienced the miracle at the sea of reeds, had time to acclimatise to a completely different sort of life. When they ultimately proved incapable of shedding their galut mentality and indulged in rebellious behaviour it was their children who would be privileged to enter the territory designated as their real homeland. It was the generation born and raised in freedom, surviving in harsh desert conditions and a shortage of water which honed their skills for when they would ultimately have to fend for themselves and face foes determined to deny them a peaceful existence.

The most dramatic event undoubtedly was the sound and light show at Mount Sinai. Receiving a constitution and a road map for future action the Israelites became a nation, still without a land of their own, but well on the way to achieving that goal.

One of the topics discussed around the Seder table is the four sons or children and their attitudes towards their heritage. This often precipitates widely ranging views. I would like to offer an updated modern version of the four types we encounter these days. Those who are wise to realities facing them: we are blessed with countless individuals, particularly unpaid volunteers, who work tirelessly for the benefit of Jewish communities around the world to defend and combat the dangers we face. Alert to both the challenges of assimilation and the gathering storm clouds of hatred they identify with and are prepared to be part of the Jewish People no matter how difficult or dangerous that may be. Although living in the Diaspora their hearts are tuned towards Israel and one hopes that sooner rather than later they will move to their real home.

Those who are in perpetual denial: Life outside the Promised Land is great, salaries are bigger, the cost of living is cheaper and everything is one big worry free experience. Expressions of Judeophobia are nothing to worry about and the increasing hostility towards Israel although uncomfortable is the ranting of a minority. This is what the Jews in Germany and other parts of Europe thought in the early 1930’s. We all know where that ended up. Today in Europe the same anti Jewish political parties are gaining in strength and who knows what or who will follow Trump, Pence, Pompeo and Bolton. We already know who is likely to follow Theresa May. Despite these omens those who are in perpetual denial will never recognize the dangers until it is once again too late.

Those who hate themselves: Jews who hate the fact that they were born into the “tribe” or who have an insatiable desire to deny and denigrate their origins have always been an unfortunate part of our history. Today we are faced with not only those who try to distance themselves from any connection to their heritage but also with a knee jerk aversion to the very notion of a Jewish People in their own land. There are Jewish groups, many funded by the EU, which spend their time denigrating and delegitimizing a Jewish presence in the very places inhabited by our ancestors so many thousands of years ago. There is nothing more bizarre than sitting around a Seder table commemorating our journey to the Promised Land while at the same time actively advocating an expulsion of Jews from parts of it.

Those who do not know: Unfortunately we are faced today with a growing number of those who for one reason or another are totally detached. Israel no longer features in their daily lives and the fate of their brethren is of little concern to them. Ignorance of the real facts means that lies and slanders remain unchallenged. Disinterest leads to a weakening identification and an inability to ask searching questions from those spreading revisionist versions of Jewish history.

This year we need to refocus on the real meaning of Passover. We live in a time when the assault on Jewish legitimacy is under attack as never before. As one of the 3 Pilgrim Festivals when Jews in ancient times traveled long distances to pray at the Temple in Jerusalem we need to use this opportunity to reinforce our attachment to our Land and its eternal Capital.

Next year in rebuilt Jerusalem should be our fervent aim and not just a pious prayer. Whether visiting or settling, our ultimate destination should be right here where the GPS originally directed us.