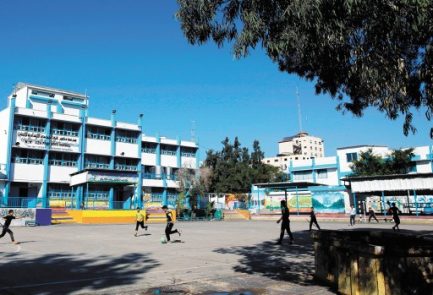 Marie-Claude Bibeau, Minister of International Development and La Francophonie, announced on August 24, 2017 Canada’s continued support of up to $25 million to “Palestinian refugees” via the United Nations Relief and Works Agency for Palestine Refugees in the Near East (UNRWA).

According to her official statement:

“Canada’s support of up to $20 million will help meet the basic education, health and livelihood needs of millions of Palestinian refugees—especially women and children—as well as support the promotion of neutrality in the agency’s activities. The funding will also contribute to stability in the region by providing basic services to people whose needs would otherwise be unmet.”

Bibeau emphasized that “Canada is committed to assisting UNRWA in improving neutrality within the Agency and ensuring that there is enhanced due diligence in verifying that oversight is indeed robust.”

On November 16, 2016, Bibeau announced the renewing of UNRWA funding “to support education, health and social services for millions of vulnerable Palestinian refugees, as well as urgent humanitarian assistance.”