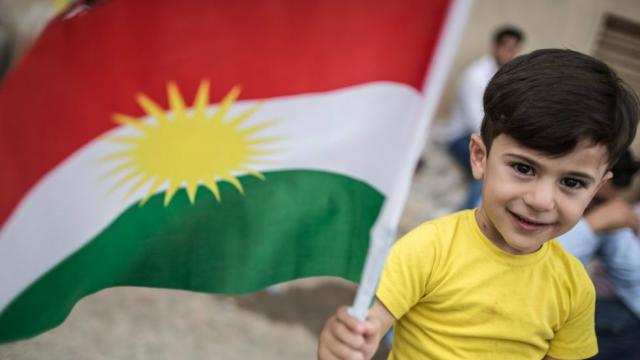 As electoral campaigning begins in Iraq and Iraqi Kurdistan, it is critically important to remember that despite recent political upheavals — including the Iraqi government’s invasion of the major oil-producing city of Kirkuk, then held by Kurds, and other disputed areas — the Kurdistan region that remains under the control of Kurdistan’s Prime Minister Nechirvan Barzani has undergone an amazing transformation.

That change is critical for Kurds, of course, but it is important as well for the United States for economic, geopolitical and humanitarian reasons.

What was a scorched land for decades became, in 2014, a center of tourism, until ISIS threatened the entire region’s security. Now, with ISIS forced into retreat and near-defeat, the Kurdistan region remains an example of what other areas of Iraq could look like, if not for the negative influences of the Iraqi government of Haider al-Abadi and of Iran.

In the late 1980s, the Kurdistan region of Iraq was in ruins. Saddam Hussein’s government implemented a genocidal policy against the Kurds during its Anfal military campaign; many Kurdish men, women and children were forced from their homes by the Iraqi military and never seen again. According to the European Parliament, in 1988 alone, 182,000 Kurds disappeared with many of them executed; 4,000 Kurdish villages, towns and cities were destroyed. This genocide reached its peak when the Iraqi government utilized chemical weapons on the Kurds in Halabja. The Kurdistan Regional Government claims that, between the 1960s and the fall of Saddam Hussein’s regime, one million Kurds disappeared.

Following the Anfal genocide, the Kurds obtained some autonomy in Northern Iraq, reinforced by the creation of a no-fly zone that was protectively patrolled by U.S. and British warplanes. Once the United States invaded Iraq in 2003 and anarchy took over the region, the Kurds managed to create an autonomous area for themselves. This autonomous area grew in size after the Kurds participated in the international struggle against ISIS.

Although the Kurds have suffered from the loss of Kirkuk and other disputed areas, Iraqi Kurdistan still remains a center for democracy, human rights, women’s rights and minority rights in a region ruled by tyranny. Under the control of the Kurdistan Regional Government, the Iraqi Personal Status Law, which was used as an excuse to justify honor killings, was amended; as a result, the number of honor killings in Iraqi Kurdistan has significantly decreased. In addition, the Kurdish authorities outlawed forced marriages and female circumcision, restricted polygamy, and reformed the inheritance law in order to ensure that women receive a fair share.

According to a local Christian source, historically there has been no vengeance against Christian, Jewish and Yezidi minorities in Kurdistan and the Kurdistan Regional Government has succeeded in protecting all the religions collectively. According to former EU parliamentarian Paulo Casaca, the Kurdish Regional Government has demonstrated the utmost respect for all minorities that have been widely persecuted in other areas of Iraq.

While some — including U.S. and other international officials — were critical of the ruling Kurdish Democratic Party for holding its independence referendum last September, others have described that vote as the simple right of all people.

Prime Minister Nechirvan Barzani, who is acting KDP vice president, argued that things would have turned out even worse for the Kurds without that vote:

“The people of Kurdistan are witnesses to the fact that, were it not for the patience, resistance and sacrifices of the KDP, the events of last year would have completely changed the fate of the Kurdistan region in such a way that nobody would have been able to predict what could happen.”

He added that his political party still supports the Kurdish right to self-determination.

It can be argued that one of the main reasons why events of last year did not turn out worse is because of Barzani’s efforts to bring foreign investors into Kurdistan. Since Exxon-Mobile and other major oil companies are in Kurdistan, there is a U.S. economic interest involved, as well as economic interests in other countries that view the area as being stable — which makes it difficult for neighboring countries to close down the borders.

That is one of the reasons why Turkey, in the end, has not closed its border with the Iraqi Kurdish region, despite its longstanding opposition to any Kurdish independence anywhere in the region and its attacks on Kurdish fighters in Syria. Turkey certainly recognizes that an independent economy is pivotal to stability. The same logic also gives Kurdistan a stronger hand in dealing with Iraq and enables the Kurds to solve grievances with the central government in Baghdad.

Otherwise, Kurds would have lost much more than just the city of Kirkuk. Furthermore, according to various intelligence assessments, the Iraqi regime backed by Iran would likely have gone after oil-rich Kirkuk and other disputed areas anyway even without the independence referendum.

*Rachel Avraham is a senior media research analyst at the Center for Near East Policy Research and a correspondent for the Israel Resource News Agency.