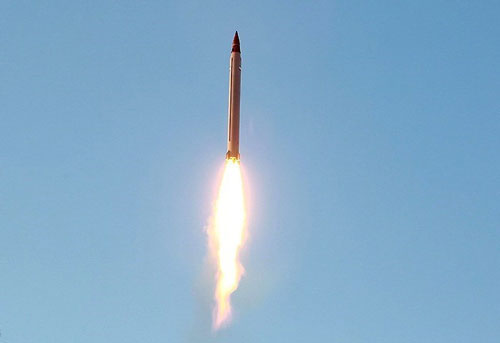 “The Russians are worried about the harm done to their prestige after the western attack on Syria. This joint attack by the European countries with the United States proved that Syria is an exclusive area of aerial operation for the West, and the West is strong enough to fight in the region, while Russian efforts to prevent the attack seriously failed.”

“At the same time, Israel announced that in time of necessity, it will act in Syria in accordance with its defense needs. All of this shows the Russians as being weak and unable to provide protection for its allies. Its way of salvaging the situation is to provide Syria with aerial defenses under its protection.”

Kuperwasser added: “The new defense systems that Russia has provided to Syria are a higher level of defense capability for the Syrians that will be added to the existing defense systems in the region. If Israel wants to act in Syria, this raises the question of whether these defense systems would foil an attack. On the other hand, if the West decides to attack Syria a second time and succeeds, this says something about the strength of Russia’s defenses.”

When asked if Israel should expect an Iranian attack, Brig. Gen. Kuperwasser replied, “The Iranians are interested in reacting, but they are less busy with attacks attributed to Israel and are more involved with the things President Trump is going to do on May 12 with regard to the nuclear deal. These days, there’s a large diplomatic battle regarding which steps Trump is intending to take as he dismissed the European leaders who approached him in an attempt to change his mind about withdrawing from the nuclear agreement. Right now, it appears that the U.S. president and his staff are determined to annul or change the agreement drastically. It is possible that as part of its response to the annulment of the agreement, Iran will also decide to react against Israel. We should remember that they don’t have any interest in a general escalation, and they are deterred by the combination of Israeli and American power.”