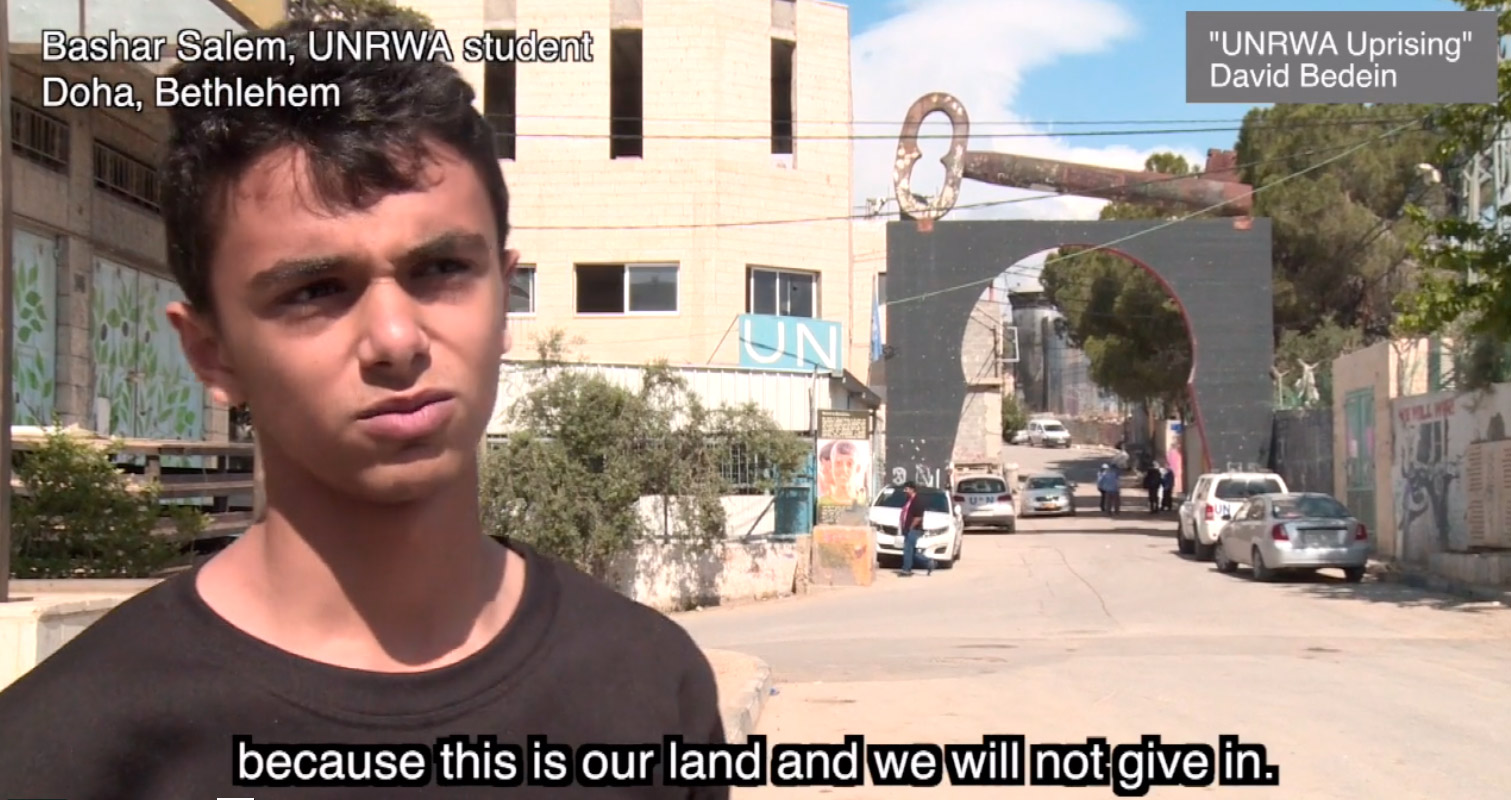 By: Mark Lavie, active journalist in mainstream local and foreign media in Jerusalem, 1972 until 2016.

This video shows clearly where the hundreds of millions of dollars expended by the UN on its Palestinian refugee program actually goes. It has nothing to do with refugees. It has everything to do with trying to destroy Israel.

Unlike any other refugee situation in the world, UNRWA grants refugee status to the actual refugees, of course, but then to generation after generation of descendants, taking care to indoctrinate those generations with a false narrative of “return” to their lands, lands most have never seen. You can watch this process yourself in the video.

That many of the original refugees were urged to leave for a short time while the invading Arab armies “threw the Jews into the sea” is not part of that narrative, nor is the creation of the state of Israel on the ancestral homeland of the Jewish people, nor are the repeated and generous offers of peace made by Israel to the Palestinian leadership.

It is indeed heartbreaking to listen to the children in this video spouting hatred, venom, and violence toward a nation and a people with whom they have no actual contact, ensuring that the bloody conflict will continue on and on. That is the legacy of UNRWA–perpetuating a refugee situation that should have been resolved decades ago, instilling hatred and violence into its subjects, and encouraging them to storm a recognized international border with the goal of getting killed and turning themselves into “holy martyrs” for a cause that does not exist.

Their leaders know there will be no “return,” but they are willing, with the open encouragement of UNRWA, to waste generations of youth in a useless quest. This video shows clearly that the first step toward reversing this ugly process is the elimination of UNRWA, the cancellation of the “special status” of descendants of refugees, and the reformation of Palestinian society that would inevitably follow.

​
​
About Mark’s book: brokenspring.wordpress.com
https://www.facebook.com/brokenspring2011
Coming soon: Why Are We Still Afraid?