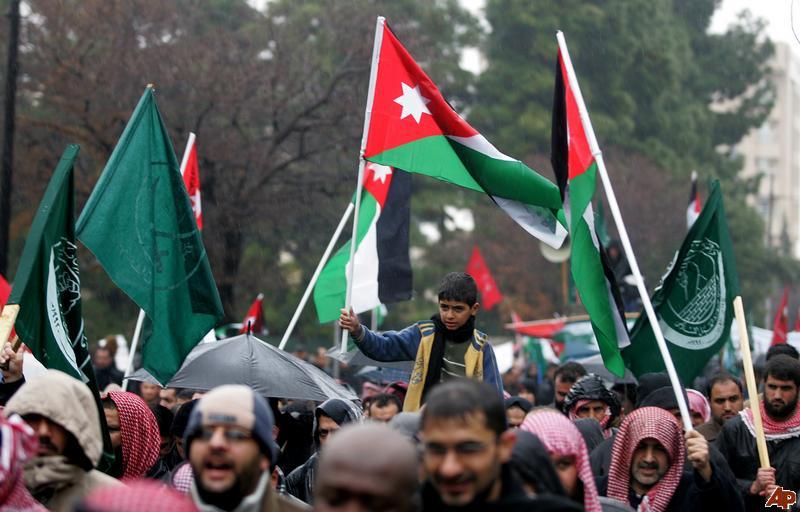 The resignation of the Jordanian Prime Minister Dr. Hani Al-Mulqi on June 4th,2018 following the wide spread demonstrations all over the Kingdom against the new tax laws calls for a careful examination of the challenges that lie ahead.

Jordan, which like all the other Monarchies in the Middle East, managed to withstand and contain the tremors and upheavals of the so called “Arab Spring” that engulfed the region, is struggling now with the long term impact of what happened beyond its borders.

While everyone is aware nowadays of the presence of around 1 million Syrian refugees who escaped their country to its Southern neighbor, many tend to forget that the same occurred in 2003 after the downfall of Saddam Hussein. At that time hundreds of thousands of Iraqis escaped from Baghdad and the Western province of Al Anbar into Jordan. Some of them left since to other destinations but a considerable number of them stayed turning some neighborhoods of Amman into “Little Baghdad”. As things look at the moment, following the current Syrian legislation, 1 the prospects for a quick return of the Syrian refugees to their homeland look slim at best. In other words, the Hashemite Kingdom of Jordan will probably host about a million and a half Iraqi and Syrian refugees for the foreseeable future.

While one can commend the Hashemite Dynasty for staying faithful to its values and religious prestige by offering safe haven to any Arab and Muslim in need one can’t ignore the costs of this noble conduct. At present the population of the Kingdom is estimated at around 9-9.5 million residents. Jordan lacks the infrastructure and resources to sustain that amount of people. The recent climatic changes in the region cast an unpromising
future to many countries in the Middle East including Jordan. 2 Water remains a major problem in view of the fact that Jordan is unable, at the moment at least, to produce
or collect all the water to supply its needs. The 1994 Peace Agreement with Israel tried to address this issue but the population of Jordan at that time, only a quarter of century ago, was half of what it is now. Energy is another major issue since the country relies almost completely on imports of oil and gas with prices spiraling at times to unaffordable levels. Keeping in mind that Jordan is a very arid country and possess almost no natural resources one is confronted with the challenging times the Kingdom is heading for.

But, compared with many other countries, Jordan has several advantages which, if tapped and conducted properly, can lead it into economic stability, if not prosperity. Its relative small population may allow a good integrator to look at the refugees as an asset not as a problem. Many Jordanians have higher education, many studied abroad and are fluent in English. The same goes to many of the Syrian and Iraqi refugees. This human
capital is waiting for its turn. Their talents and entrepreneurship offer a chance for reinvigorating the economy.

Energy and water problems can be solved through regional cooperation, there is no way around it. Europe continues buying oil and gas from Russia despite profound political, ideological and military disagreements and Russia continues selling it despite those disagreements and dislikes. The Jordanian economy is based mainly on tourism, some agricultural and light industrial exports, income from Jordanian expats in the Gulf
and financial assistance from the West and some Arab countries. If Jordan will earn an extra 5 billion dollars per annum as a result of an economic change, not just more financial aid, the present day economic hardships will be significantly eased.

Many of us were conditioned in the last 50 years to look at Jordan through the Palestinian prism and the endless speculations about how many Palestinians or people with Palestinian roots reside there and what it means. It seems that in view of the tectonic changes occurring in the area at the moment and the significant Syrian and Iraqi presence in the near future the old way of looking at things requires a serious review and reconsideration.