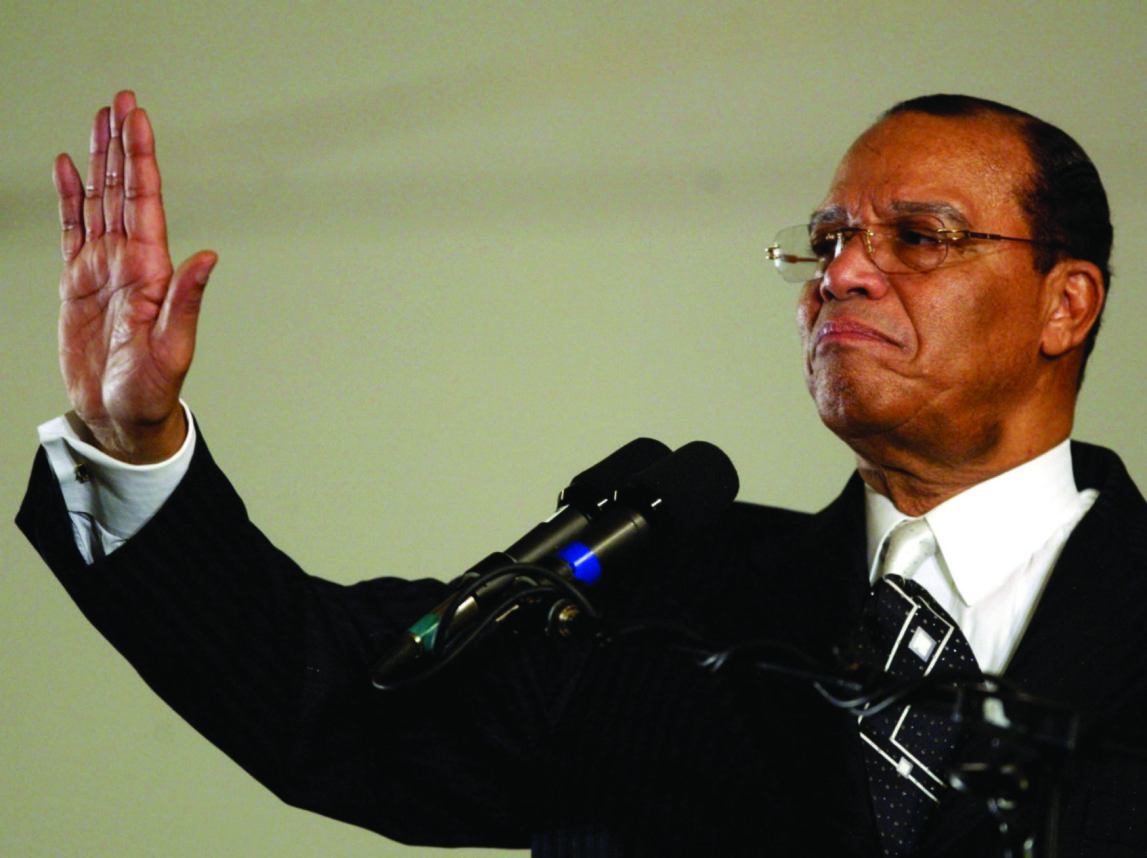 Louis Farrakhan, octogenarian leader of the unIslamic, anti-white Nation of Islam, has been active ever since the 1960s sowing the seeds of racism, anti-Semitism, and hate for our blessed American nation. So why worry about an aging bigot today? Suddenly, Louis Farrakhan’s life’s work is paying off, winning accolades from the far right to the progressive left. Hatred is seeping into the mainstream of our political culture, not hidden in smoky backrooms or behind anonymous social media postings, but proudly touted on the internet and in interviews—a guaranteed path to gain name recognition, recruit voters, and grab media attention.

Here are examples from the Republican side of the aisle:

Lest Democrats be complacent, Congressman Danny Davis not long ago said: “I personally know [Farrakhan], I’ve been to his home, done meetings, participated in events with him. I don’t regard Louis Farrakhan as an aberration or anything, I regard him as an outstanding human being.” Asked specifically about Farrakhan’s history of anti-Semitic statements, “Davis was dismissive and said that many people in politics have a history of inflammatory comments.” But then Congressman Davis backtracked—or sidestepped—stating that he would like to know what Farrakhan has said about Jews “recently.” Only belatedly did Davis criticize Farrakhan.

Congressman Davis is an old inner city pol from Chicago. Even more disturbing was Farrakhan’s intergenerational political romance with Tamika Mallory, co-chair of January 2017’s Women’s March against the incoming Trump Administration. Mallory, an avowed Farrakhan admirer, showed up at his recent annual Saviour’s Day Address and had her photo taken with him. Far from apologizing, she doubled down, proudly sharing her attendance on Instagram. She even likened Farrakhan to the crucified Jesus: “If your leader does not have the same enemies as Jesus, they may not be THE leader! Study the Bible and u will find the similarities. Ostracizing, ridicule and rejection is a painful part of the process . . . but faith is the substance of things!”

In California, Maria Estrada, the Democratic candidate for State Assembly in a district in Southeastern Los Angeles, had this to say last year on Facebook: “Democrats turn a blind eye to the genocide against Palestinians and justify it by bringing up the Holocaust,” she wrote last year. “As if what happened 70 years ago justifies it. Anyone who believes they are one of ‘God’s chosen people’ automatically feels superior and justified in all they do. Religious fanaticism is used to justify apartheid and crimes against Palestinians and no one should be okay with it. #FreePalestine. . . . It is extremely problematic when delegates are being flown to Tel Aviv by AIPAC, and even more problematic when Palestinian children are being arrested, taunted and murdered in the name of Zionism, . . .  . The complete denial and/or justification of what is occurring in Gaza in the name Zionism is hypocritical and inexcusable.” Estrada who absolved Hamas of any responsibility tweeted “I, for one, enjoy listening to Farrakhan’s sermons.”

Like Louis Farrakhan and other anti-Semites before him, Maria Estrada has taken a page from Farrakhan’s anti-Jewish playbook and invoked ‘God’s Chosen People’ to justify her vilification of Jews, not just Zionists. She apparently took no notice that Farrakhan’s hateful dog whistle also transcends the racial chasm between Black Nationalists and White racist anti-Semites who marched in Charlottesville this past August. Alt-right Charlottesville guru Richard Spencer wants to meet with Farrakhan, to work together toward “the sort of self-determination we and the broader Alt-Right support.”

Fifty years ago, Rev. Martin Luther King, Jr., inspired young people of all races to dream of a color blind America. Today, we are witness to bigots from the Left and the Right who praise Farrakhan, energized by his demagoguery that seeks to divide our country. These extremists are hard at work wending their way into the mainstream of our society.

Younger generations of Americans—Democrats, Republicans, and everyone else in between—better wake up and decide whose vision will guide our nation in the 21st century.