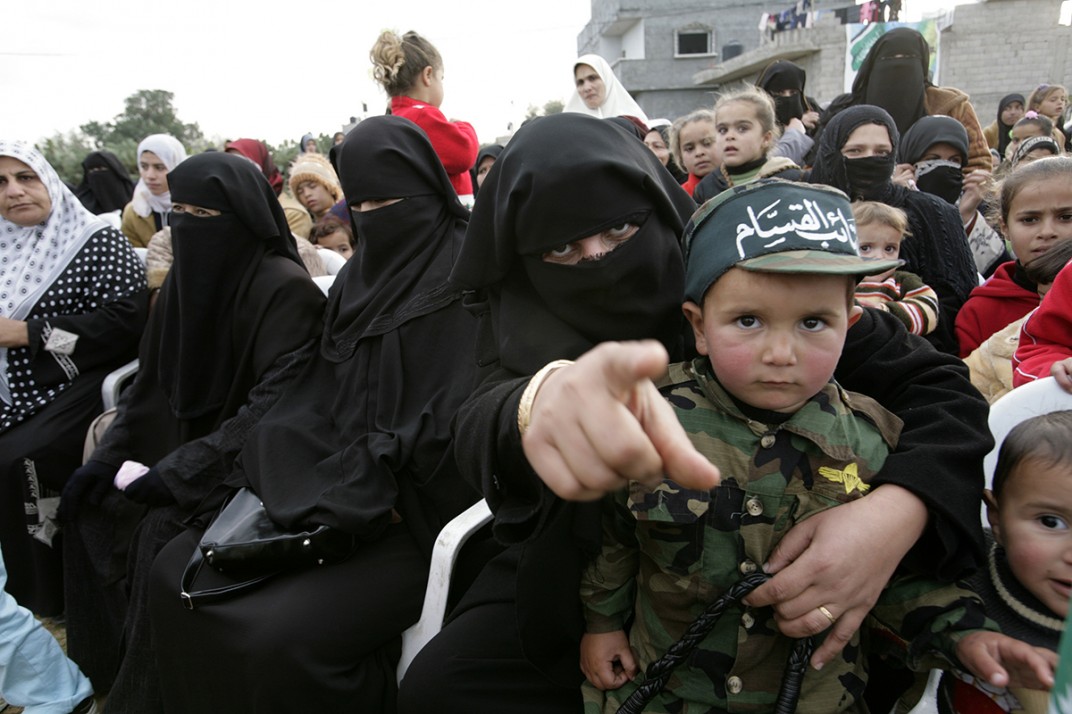 This article by Adam Kredo originally appeared on the Washington Free Beacon.
To read the full report, click here.

The Palestinians continue to groom and employ an increasing number of child terrorists to launch strikes on Israel, throwing into further question the ability of the Palestinian government to form a legitimate state, according to a new report on child terrorists and their enablers provided to the Washington Free Beacon.

At least 18 Palestinian child terrorists ranging in ages from 13 to 18 years old have been caught carrying out terrorist attacks in the first eight months of 2018, including stabbing attacks, bombings, and other types of violent terrorism, according to a new report issued by the Human Rights Voices organization, which tracks and analyzes these attacks.

Since 2015, there has been an alarming use of child terrorists by the Palestinians, according to the report, which found “at least 142 separate terrorist attacks by at least 174 Palestinian children” since September of that year. These attacks led to the deaths of seven Israelis and wounding of 58 others, including some who were children themselves.

The support for Palestinian child terrorists is raising new fears and questions about the Palestinian government’s ability to govern its own state amid a parallel and recent rise in riots along the border with Israel.

“The Palestinian Authority claims it is ready and deserving of statehood. But a society that encourages its own children to engage in violence, to become armed combatants, to kill and to maim in pursuit of their parents’ ambitions—contrary to the most elementary norms of human decency—is not ready, willing or able to accept the essentials of peaceful coexistence,” said Anne Bayefsky, a human rights scholar who serves as director of the Touro Institute on Human Rights and the Holocaust and president of Human Rights Voices.

“The fact is that the wave of Palestinian terrorism that began in September 2015—a wave of stabbings and knifings emulated far beyond the Middle East—has a particularly grotesque feature: child terrorists,” Bayefsky said.

The “preferred method of murder” for these Palestinian child terrorists is stabbings and knifings, according to the report, which found this to be “the modus operandi in 105 of the 142 attacks.”

The ages of these attackers ranged from as young as 8 to 17 years of age. The bulk of these attacks—125 in total—were perpetrated by terrorists aged 15 through 17.

“The exact age of the perpetrator under the age of 18 was unspecified in the cases of 20 additional offenders,” according to the report.

The numbers could be even higher.

“These totals do not include incidents where children are known to have been involved in terror but the exact numbers involved are unknown,” the report notes.

At least 101 of these child terrorists were male, while 32 were identified as female. The report criticizes the United Nations for attempting to spin these attacks as the result of Israeli aggression.

“The UN Secretary-General’s most recent annual report on Children and Armed Conflict, released in May 2018, turns Palestinian child terrorists into victims of Israeli defensive reactions,” according to the Human Rights Voices report.

The U.N. report, for example, describes certain attacks as “two girls, three boys aged between 15 and 17 [who] were killed in the context of stabbing or presumed stabbing attacks.” They are not described as terrorists.

The U.N. report “also never mentions ‘Hamas.’ It manages to find ‘worrisome’ not the child stabbers, bombers and shooters, but ‘calls by Palestinian political actors for the participation of youth in stone-throwing against Israelis,'” according to Bayefsky’s report. “At least 32 Palestinian children were involved in carrying out terror attacks during the reporting period of the Secretary General’s report.”