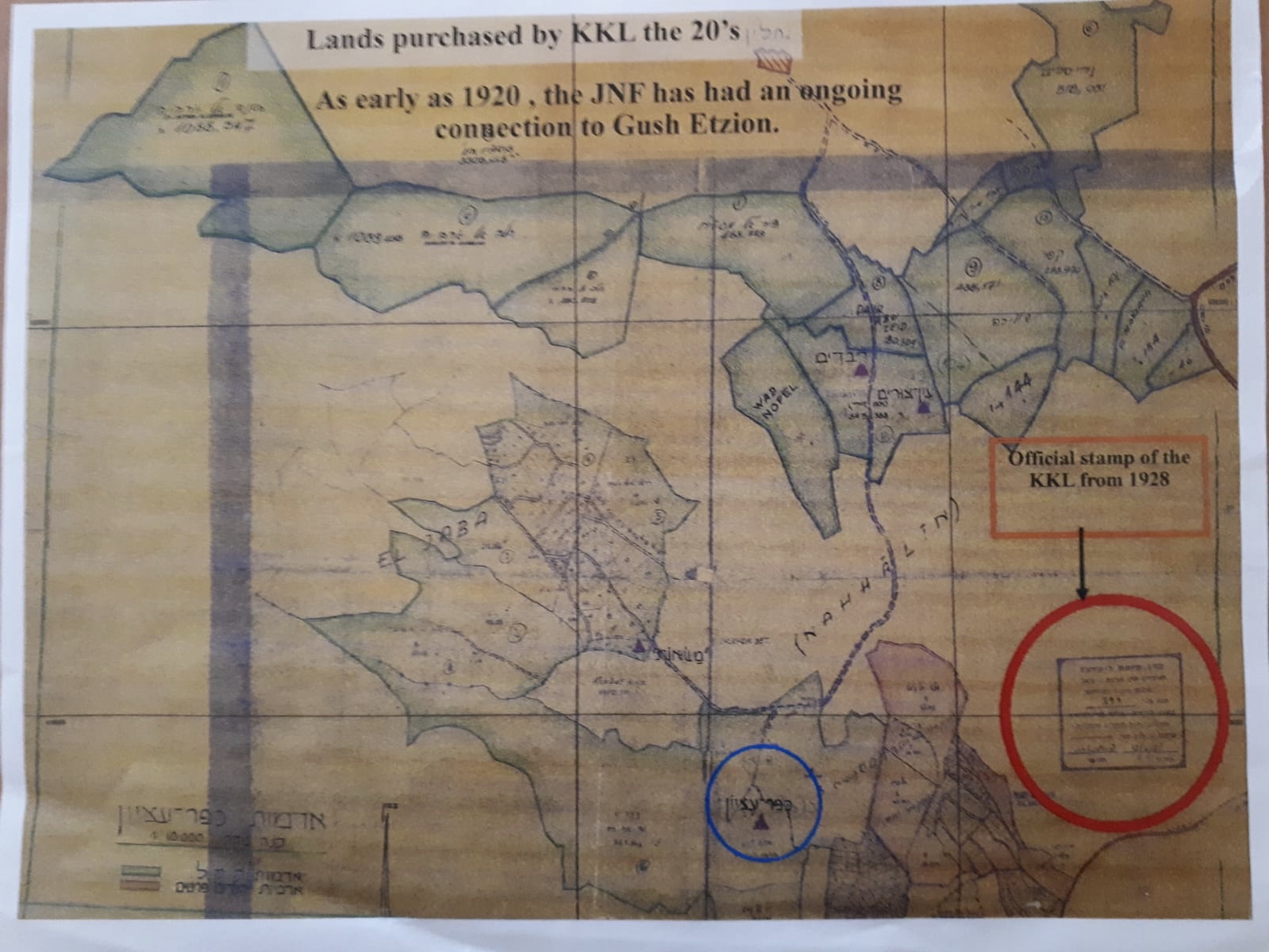 One of my friends at the JNF asked Shani Simkovitz, of the Gush Etzion Foundation (one of the JNF’s partner organizations), to take photos of these maps, which show that Jewish settlement in Gush Etzion long preceded the Six Day War and the War of Independence.

The first photo is of a map of Jewish communities in Gush Etzion from the 1920s, with the official JNF seal. The second photo is of a map showing Arab settlement on Jewish-owned lands in Gush Etzion from 1952 until the Jews returned in 1967. Both of these maps are in the Gush Etzion Foundation offices in Israel.

I thought you would enjoy seeing these photos taken by Shani Simkovitz, and feel free to post them online.