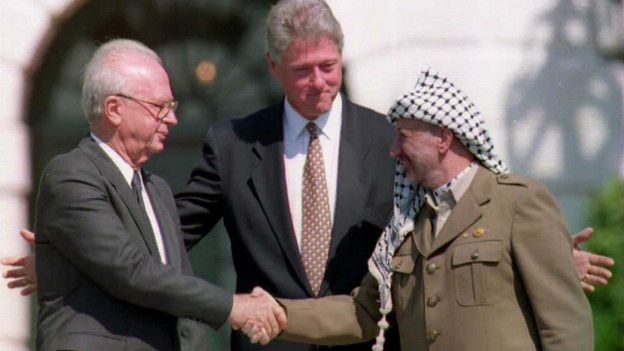 If anyone believed that the New Year would usher in an era of peace and harmony they should have had their fantasies rudely shattered…writes Michael Kuttner.

I use the word “should” because unfortunately there are still far too many individuals inhabiting a virtual reality where the victims of terror are blamed for their own murder and the perpetrators are exonerated and excused. This is a malaise which has afflicted too many for far too long. Historical amnesia and distortion is a common malady. The mystery however is why many Jews, of all people, whose recollections of past injustices remains a collective memory should suffer from this affliction.

It never ceases to amaze how those targeted by haters and murderers always find a reason to excuse these excesses. Even when the crime is so horrendous that it elicits a degree of disgust there is always a caveat.

Immediately after Rosh Hashanah and just before Yom Kippur a well known and respected resident of my town (Efrat) was stabbed to death outside a supermarket by a Palestinian Arab teenager. Instead of collecting his groceries and taking them home he instead was buried and his wife and children faced the holidays grieving instead.

This situation unfortunately is a recurring theme. Youngsters whose minds have been poisoned by a society and education system bent on a denial of a legitimate Jewish presence here, murder Jews safe in the belief that if they are killed they will be feted as martyrs, rewarded by 72 virgins and have UNRWA schools named after them. If they are only wounded they will be treated in an Israeli hospital and after being found guilty of murder will enjoy the hospitality of the Israel prison service where they will be nourished by daily meals and have the opportunity of improving their educational qualifications. Meanwhile their families will receive lifelong payments and the terrorist’s bank account will also be credited with funds provided by the PA from money provided by donor nations such as Australia and New Zealand.

The murder of Ari Fuld was so horrendous that even fervent left wing apologists for the Oslo process were moved to issue condemnatory declarations.

However and inevitably the irresistible urge to find some sort of excuse for the murder of Jews surfaced from the usual quarters.

From Munich to Oslo and right up to the present day there are unfortunately too many whose common sense and rationality in the face of incontrovertible facts seems to desert them.

Munich was the classic example of how weak kneed appeasers of terror were prepared to sacrifice another country and its citizens and offer them up as human sacrifices to an ideology so evil that it eventually consumed millions of innocent lives. In those days it was not only left wing ideologues and socialist revolutionaries who embraced the concept of appeasement but also quite a number of right-wing conservatives who viewed the Nazis as perfect partners for cleansing society from the evil clutches of Jewish conspiracies.

Chamberlain’s colleagues harboured latent Judeophobic tendencies so appeasing the likes of Hitler and Mussolini came naturally. In retrospect of course most of us should realize that appeasing those hellbent on domination and the elimination of opponents & minorities never works. Eventually those appeased turn their attention on to those who refuse to stand up to them.

This brings us full circle to the Oslo disaster inflicted on Israelis 25 years ago. Learning absolutely nothing from past failed attempts the socialist left launched a covert plan to “make appeasement great again.”  Arafat was in exile in Tunisia with his gang of terrorists. In an act of unmitigated folly the architects and proponents of this malodorous folly in one stroke rehabilitated Arafat and his cronies, brought them back to our doorstep and helped arm them. This gloriously misjudged and misguided act was in the words of its eventual Nobel Peace Prize recipients supposed to usher in a messianic era of tolerance, prosperity and a “new” Middle East.

Instead it gave birth to a wave of unprecedented terror with Israelis being blown up and maimed on buses, in restaurants and on the street. In the face of this tsunami of terror, our Oslo apologists instead of blaming the obvious instigators preferred to put the blame on Israelis who did not share their utopian vision of a peace mirage. In fact the disgustingly obnoxious description of the victims as “sacrifices for peace” highlighted the increasingly out of touch and myopic vision of Oslo supporters. The photo of Arafat standing alongside Rabin and Peres as they displayed their Nobel Prize medals and certificates illustrated the stark divide between those of us who saw appeasement for what it really is and those who right until this day still think it was the best thing ever to happen.

The 25th. anniversary unleashed a torrent of opinions ranging from the die hard Oslolites who mourn the failed agreement as a lost peace opportunity and the majority of Israelis who celebrate its demise and are determined that such a travesty should never ever be imposed on an unsuspecting public again.

Despite plenty of horrendous examples of the disastrous consequences of appeasement we find that in 2018 there are still those who have learnt nothing and are so transfixed by starry eyed mirages that they are prepared to tread down the same blood soaked path. Abbas and his corrupt crew who are in receipt of billions of international aid are touted as our only saviours. This is the same siren song sung in the past by Arafat cheer leaders and it is just as noxious as it was back then.

Abbas, the disciple of Arafat, who wrote his doctoral thesis minimizing the Holocaust and who regularly incites in one breath and then pretends to flutter doves of peace in the next breath to a gullible media and political dummies is playing the same duplicitous game. This plainly evident strategy does not resonate with the appeasers. Thus we have the spectacle of Olmert, a convicted former Prime Minister, who nearly gave away everything embracing Abbas and touting him as our only hope. The Leader of the Labour Opposition in the Knesset has just met Abbas in New York and implored him to be nice to the Americans for the sake of peace. The remaining Oslo architects write screeds absolving themselves of past misdeeds and hoping for the day when the unenlightened masses will once again embrace those whose sole desire is to remove Jews from the country.

There is no logic to this repetitive death wish and it is a genetic defect which unfortunately reappears in every generation.

In the absence of any rational explanation for this I found two quotes which seem to sum up the situation more than adequately.

Winston Churchill: success is walking from failure to failure with no loss of enthusiasm.

Anonymous: scientists say the world is made up of protons, neutrons and electrons. They forgot to mention morons.