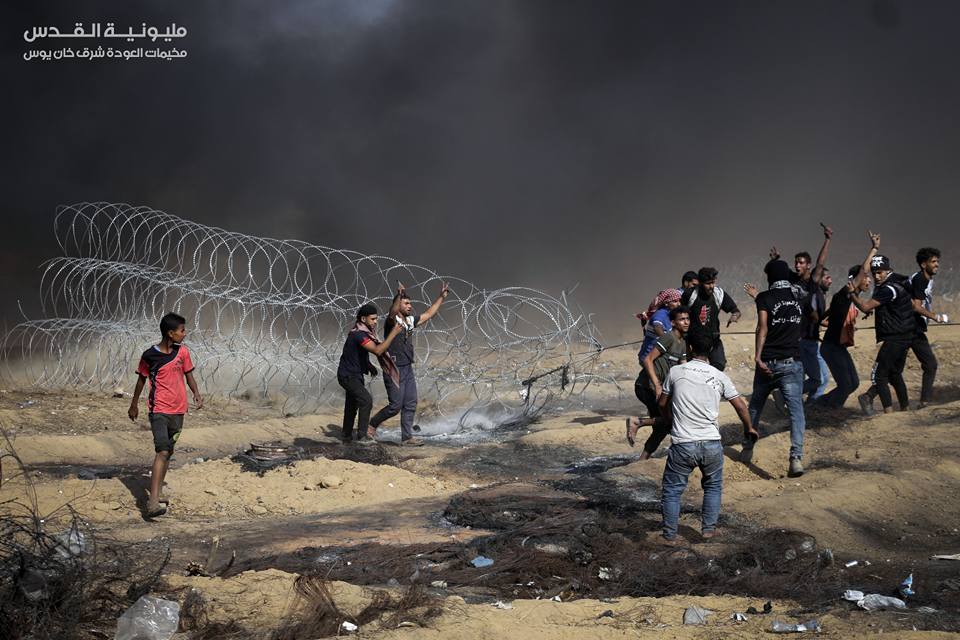 On November 11, Hamas, the political and terrorist organization that governs Gaza, was shocked to find that the Israeli military was conducting undercover missions inside the Palestinian territory. A Hamas spokesman said that Israelis were discovered about two miles into southeastern Gaza where they fatally shot a Hamas commander. Hamas soldiers chased the car and killed one of the Israeli officers. In response, the Israelis called in air strikes that killed at least two Palestinian soldiers. The Israeli military has not confirmed the killing of the Hamas commander, but did allude to a “very meaningful operation to Israel’s security.”

So began another round of missiles launched from Gaza indiscriminately into Israel and highly discriminatory Israeli strikes on Hamas military targets—deliberately housed in civilian areas. Hundreds of rockets have rained down on Israeli towns, several Palestinians have been killed, and scores of Israelis have been injured. So far, only one person has died from the rocket attacks—a Palestinian man from the West Bank, working in Israel.

On November 13, Israel said it will continue to carry out “wide-scale strike[s] on military targets throughout the Gaza strip.” This is an entirely justified response to the rocket attacks. For Israel to rely solely on its Iron Dome to intercept rockets is to normalize the terror coming from the Gaza Strip. The missile system has an 86 percent rate of efficacy, but rockets still make it through, and kill and wound civilians. In Israeli towns like Nahal Oz, Sderot, Be’er Sheva, and Ashkelon, civilians live a fair proportion of their lives in bomb shelters. The young are raised in constant fear of rockets.

Israel and Hamas reached a ceasefire on November 6, but it will not last. Palestinian militants do not believe in Israel’s right to exist. For them, ceasefires are strategic, not substantive. In 1994 in a mosque in Johannesburg, Yasser Arafat said that the Oslo process was merely a hudna—a temporary quiet or calm—and could be broken any time.

This one will be broken, too.

From March through May, Hamas-led suicide riots, as we called them at the time, aimed to break through Gaza’s border with Israel using humans as battering rams. They attempted to light Israeli fields on fire using incendiary kites. Their goals were (a) to steal across the border to sow more havoc and (b) to provoke Israeli soldiers into firing on them, stirring up international sympathy for the beleaguered Palestinians. These are not peace-seekers.

What about the clandestine Israeli operation inside Gaza—assuming something close to the events described by Hamas took place—was that not the provocation that led to the hostilities? In a superficial sense, yes; in reality, no. Gaza is run by militants who dream of the destruction of the Zionist entity, as they call Israel. It is worth noting the lightning-fast speed with which rockets filled the skies once Hamas gave the word. Gaza is not an independent state in any ordinary sense; it is a terrorist-occupied geography perpetually ready to shed the blood of its neighbor’s civilians. Hamas pays the families of suicide bombers. That Israel runs furtive operations inside Gaza will only shock those who think it an easy thing to protect civilian lives against the imminent threat of carnage.

This latest hudna was brokered by Egyptian and U.N. officials. The cessation of violence is necessarily a good thing, but it is no resolution, and a ceasefire that only heralds the recommencement of hostilities isn’t much of an achievement. Israeli defense minister Avigdor Lieberman seemed to recognize this point, and he resigned from the government in protest. His apprehension about the ceasefire is entirely reasonable: Why should Israel make peace with an enemy that’s certain to keep its word only until the moment it regains the capacity for more bloodshed.

The very existence of Israel is a perpetual source of shame for Palestinians. What they need most is not to put aside their rocks and knives and bomb-vests for a few days but to acclimate to the reality of the neighboring Israeli state. That won’t happen until the Palestinians find a leader willing to renounce the honor-cult of Jew-hatred and to seek peace and prosperity in earnest. Neither Hamas in Gaza nor Fatah in the West Bank is likely to produce such a leader, although hope is not vain. Across the Middle East—in Saudi Arabia, United Arab Emirates, Bahrain, and Kuwait—Arab leaders are increasingly attuned to the benefits of acknowledging Israel’s legitimacy. In time, even the Palestinians may enjoy those benefits. In the meantime, Israel will deal with wanton rocket attacks and bogus ceasefires in the only possible way.