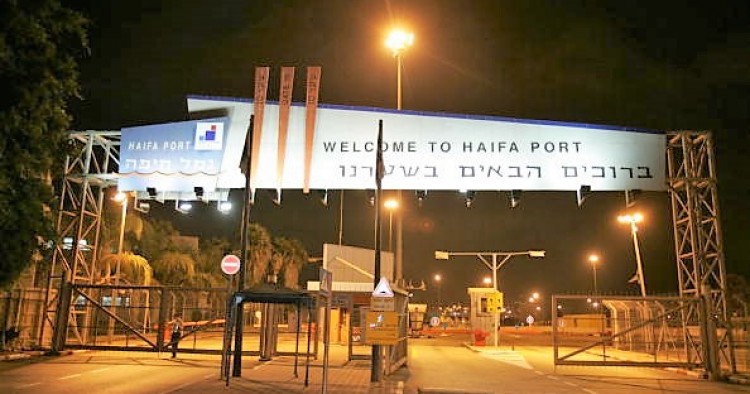 [The Israel-China business relationship, described herein, pays no attention to the fact that China is a totalitarian regime that has conquered and subjugated the nationof Tibet. Does Israel strive only to be a “nation of profits”? -David Bedein]

In March 2015, Shanghai International Port Group (SIPG) won the tender to operate the northern port in Haifa, a facility being built by Ashtrom Group and Shapir Engineering. In July 2018, management of the first part of the new port was transferred to SIPG, which produced an unexpected backlash throughout the Israeli media. What could have sparked such harsh reactions? A possible explanation is that the powerful Haifa port workers’ union is the driving force behind the effort — reminiscent of the campaign waged by the Association of Contractors and Builders in December 2017, which included billboards and a Facebook page calling for the prevention of Chinese companies from penetrating the Israeli market.