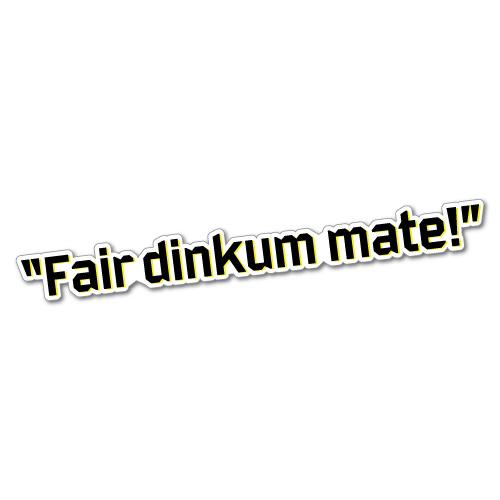 This well-known quote came to mind as I witnessed the various reactions of political and communal pontificators following the statement by the Australian Prime Minister on the subject of Israel’s Capital. It is safe to say that after a build up promising great things and a gestation period fraught with labour pains and much travail the long-awaited policy birth turned out to be nothing but potential trouble.

It is doubtful that having finally been delivered, this long-anticipated intention will survive the realities of political life and the handicaps with which it has been saddled from its very arrival. If ever you needed to witness a half-baked decision which pleases almost nobody, except the totally delusional, then this is it. From the fanfares surrounding its announcement and the hallelujahs trumpeting forth from certain quarters, one would imagine that the Australian Government had courageously swept aside years of hypocritical double standards. Looking closely however at the small print and implications, anyone not blinded by myopic political deficiencies will rapidly realize that this decision has more holes in it than a slice of Swiss cheese.

Strip away the spin and what do we end up with?

First of all not a formal Parliamentary declaration but merely a series of intents delivered at a foreign policy address to the Sydney Institute.

Second, instead of following in the footsteps of the USA the formula used was that employed by Russia which also “recognized” WEST Jerusalem as Israel’s Capital in April 2017.

Third, unlike the USA decision but again following in Moscow’s footsteps, PM Morrison accepted the specious claim of EAST Jerusalem as the Capital of a future Palestinian Arab State.  To those who may doubt this assertion read his lips very carefully: “the Australian government has also resolved to acknowledge the aspirations of the Palestinian people for a future state with a capital in East Jerusalem.”

In plain English stripped of any political spin, Australia is preparing the ground for a future division of Jerusalem. It clearly implies that Israel’s legitimate claims of sovereignty to the Old City including the Kotel, Temple Mount and Mount of Olives Cemetery are invalid and an impediment.

Fourth, he places the status of Jerusalem up for grabs.

Fifth, he clings to the absurd notion that an Arab Authority which pays terrorists and their families for the murder of Israelis and promotes incitement is somehow still a valid partner to negotiate some sort of future boundaries and “peace.”

Sixth, compounding this farce the PM declares his Government’s wholehearted support for UN Security Council Resolution 478 which declared Israel’s Capital status null and void and demanded that all diplomatic representatives be withdrawn from the city.  This obviously is the basis for his decision to keep the Australian Embassy in Tel Aviv which rather negates the whole exercise in the first place. In claiming to wait for peace to break out before moving the Embassy he has in effect declared that it will never be moved.

Seventh, by re-endorsing Resolution 2334, notoriously co-sponsored by New Zealand amongst others, he gives implicit approval to the denial of any Jewish rights or historical connection to Jerusalem and its holy sites.

Eighth, in response to questions the PM reiterated Australia’s acceptance of the “validity of the 1967 borders.”  There are no such borders of course and by repeating this nonsensical claim he demonstrated the absurdity of his position. Blindly following this discredited mantra is no reason to applaud.

Ninth, for good measure the PM threw in the old hoary chestnut of condemning the right of Jews to live in areas from where they had been ethnically cleansed and where a Jewish presence since Biblical times is a fact. In other words, settlement bashing was added to the mix no doubt in an effort to placate those who might be upset.

Taking into account these clearly articulated caveats it is hard to understand why it has sparked a chorus of adoration and support from sundry sources.

What in actual fact has been and will be achieved? For all intents and practical purposes, nothing positive has resulted.

Israeli Government and Palestinian Arab reactions have ranged from lukewarm acknowledgement to outright hostility. Having pumped up expectations to unrealistic levels the end result as far as Israelis are concerned has been like a deflated balloon. The pathetically weak attempt at appeasing every potential critic has resulted in neither side applauding. Jerusalem has been the centre of Judaism and Jewish life for three thousand years and we do not need to apologize for feeling hard done by when another country, no matter how friendly, decides that only half of the city is actually ours to recognize.

The histrionics issuing forth from our fictitious “peace partners” and other Moslem spokespersons merely illustrate that nothing short of wiping out the Jewish connection to Jerusalem and Israel would satisfy them. That being the case it would have been more honest and productive to grasp the nettle and state the obvious.

Domestic electoral considerations naturally loom large. If any Liberal politician believes that this decision will garner an avalanche of support they are hallucinating. The stark facts are that those opposed to Israel will be galvanized to vote and you can bet that their ballot will be cast for parties whose policies are diametrically opposed to the Jewish State. The writing is already on the wall as Labour and the Greens are poised to recognize a mythical Palestinian State with East Jerusalem as its Capital. In actual fact, the only difference when you look at it closely between the parties is that the current Coalition also intends to justify recognition of “Palestine” at some stage down the track while the others will do so immediately on gaining power.

This is where the Australian Government’s decision to recognize only West Jerusalem as our Capital is so damaging. It in effect legitimizes the notion that anyone other than the Jews is entitled to claim the eastern part of the city for themselves. No wonder this announcement went down like a lead balloon amongst all those who recognize fudging when they see and hear it.

How does one, therefore, explain the ecstatic expressions of joy emanating from various quarters? How detached from reality can they be? One New Zealand ardent supporter of Israel even went so far as to express his hope that this decision would spur Wellington to emulate Canberra and go further by extending recognition to the whole of Jerusalem. Anything more out of touch with reality I have yet to discover. Those Jewish leaders who have drunk l’chaim and celebrated need to take a reality check.

There are no Israelis dancing in the streets over this botched initiative.

We are too busy building, developing and inhabiting all parts of our Capital.