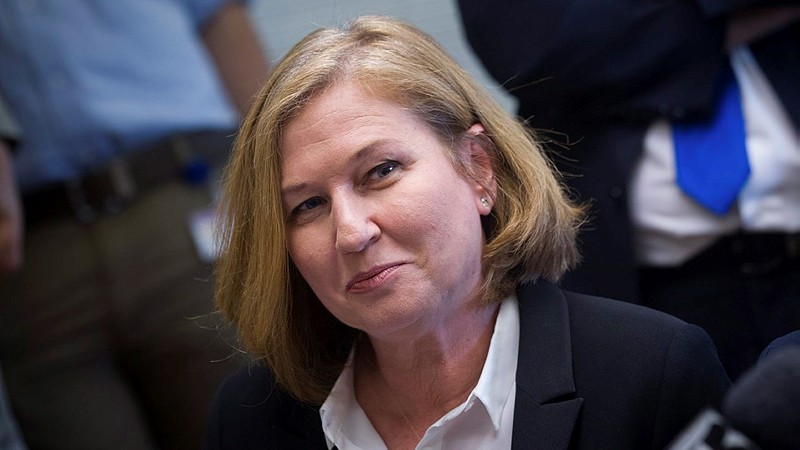 With another Israeli election in sight, Tzipi Livni, former Minister of Foreign Affairs, cannot escape her shared responsibility for the outcome of the Second Lebanon War, and in particular the failed UN Security Council Resolution 1701.

Livni insists that the outcome of the resolution was in Israel’s favor, but anyone who reads the fine print can clearly see its futility. Is it ignorance, or blatant lies? You decide.

Facts: Adopting Resolution 1701 under Chapter 7 was a clear goal of Israel that did not materialize.

Under international law, Resolution 1701 that was adapted under Chapter 6, is at best a declarative statement that lacks the legal authority or enforcement power whatsoever. All the rest is wishful thinking, and the results on the ground will attest to it.

Unable to have the resolution adopted under Chapter 7, Livni invents a new chapter when she claims: “We got 7 minus” a statement which is injudicious and fundamentally wrong. There is no room in international law for a loose interpretation of the Charter, and “7 minus” is not a recognized provision in international law.

Livni and Olmert’s claim that the cease-fire that brought the fighting to a halt is somehow indicative of a success, either militarily or diplomatically, is erroneous. The government of Israel failed to protect its citizens – unable to stop the daily barrage of Katyushas landing on northern and central Israel, with nearly a million Israelis displaced, Israel’s urgent need for a cease-fire was obvious. If the war would have kept going at its pace, Israel would have suffered the greatest military humiliation in its history. And as the Wall Street Journal noted: “Israel has nothing to show for its 1701 Resolution”

2. Livni: “A decision was reached by the Prime Minister and the Minister of Defense to approve the start of a military operation and just as it was starting to go into action late Friday [August 11 2006] we began to strengthen the resolution and return it to the level at which we felt it should originally be.”

Facts: John Bolton, who was U.S. Ambassador to the United Nations during the Second Lebanon War, rejected Livni and Olmert’s version of the failed ground offensive during the war’s final days: “The Israeli military operation did not play a role in the talks on drafting the UN Security Council Resolution 1701.”

When I personally asked Mr Bolton on October 23, 2006 if there was any significant language change made to the pending resolution as a result of Israeli “pressure” due to the “the last minute” incursion, his reply was quick and resolute: “nonsense.”

It appears that Prime Minster Olmert, Foreign Minister Livni, and Defense Minister Peretz – all in concert – failed to this day to “come clean” and with clarity, explain to the nations’ families and soldiers what precisely was the “improvement” attained as a direct result of the IDF expansion into Lebanon on August 11, 2006 – a move that cost the lives of 33 Israeli soldiers.

3. Livni: “We wanted to ensure that this embargo would be enforceable and substantive, preventing the transfer of arms … to Hizbollah. … Now the embargo is part of the UN resolution and the terms and formulation of this article are acceptable to Israel and express our opinion – a proper embargo.”

Facts: Resolution 1701 never even mentions the word embargo and does not set forth an enforcement mechanism or any enforcement power. It seems as though the minister did not read the resolution.

4. Livni: Israel “will be getting UNIFIL with a completely different mandate, which includes the right, the option and the authority to use force when required.”

Facts: UNIFIL is not authorized to use armed force or to impose in any forceful manner the implementation of the recommendations of UN Resolution 1701. UNIFIL’s right to use force is strictly limited to self-defence under Article 51 of the UN Charter. Major-General Alain Pelligrini [France] then the Force Commander of UNIFIL made it clear: “The disarmament of Hezbollah is not the business of UNIFIL.”

Much controversy is being generated as to Tzipi Livni’s ability to lead Israel. She advocates honesty and accountability, but when it came to handling Resolution 1701, those principles seemed to have left the room.