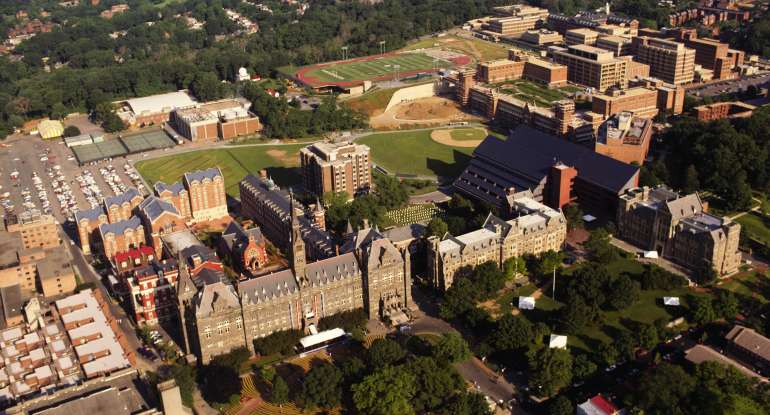 In its Fall 2018 catalogue, Tufts University’s Colonialism Studies and Women’s Gender and Sexuality Studies departments offered the course “Colonizing Palestine” which “will address crucial questions relating to this embattled nation, the Israeli state which illegally occupies Palestine, and the broader global forces that impinge on Palestinians and Israelis.” Several Jewish organizations, news outlets, and students quickly reacted to the course’s stated premise, characterizing it as “political propaganda masquerading as an academic class.”

One student wrote: “This language is not merely inflammatory — it positions a one-sided narrative as truth from the outset of the semester.” A student group pointed out that the course violates the school’s presidential guidelines. The Anti-Defamation League (ADL) responded, demanding that Tufts University “must ensure that classes examining the complex Israeli-Palestinian conflict are not one sided platforms for propaganda that demonize Israel & empower anti-Israel activists.”

The Committee for Accuracy in Middle East Reporting in America (CAMERA) noted: “In addition to the title of the course suggesting a distorted account of the Palestinian-Israel conflict, the course professor, Thomas Abowd is an outspoken activist against Israel. He is on the advisory board for the Boston branch of Jewish Voice for Peace — an extremist pro-BDS [Boycott, Divestment, and Sanctions] organization that has hosted and honored the terrorist Rasmea Odeah.”

The Endowment for Middle East Truth (EMET) painted a broader picture: “[T]his class is a paramount example of what has been occurring in the field of Middle East Studies over the last quarter of a century, where the truth — and a good solid education — is being sacrificed on the altar of mere political propaganda.”

The concerns expressed had no impact on the school’s policy. Indeed, the Tufts administration merely responded: “We will not let these spurious attacks derail inquiry at our university.”

No one mentioned, and the university does not seem concerned, that this course and many courses like it put the university’s tax-exempt status in jeopardy.

Educational facilities such as Tufts and all other universities are required to adhere to specific tax-exempt status clauses embedded in the Internal Revenue Code 501(c)(3) and Treasury Regulations 1.501(c)(3)-1(d)(3). Under the regulation, an organization may be educational even if it advocates a particular position or viewpoint, so long as it presents a sufficiently full and fair exposition of the pertinent facts as to permit an individual or the public to form an independent opinion or conclusion.

In 1986, the IRS developed the “methodology test” to supplement the regulation’s “full and fair exposition” standard — Revenue Procedure 86-43. The test assists in determining whether the method used by an educational organization to communicate a particular viewpoint or position is educational. Under the test, a method is not educational if it fails to provide a “factual foundation” for the position or viewpoint or “a development from the relevant facts that would materially aid a listener or reader in a learning process.”