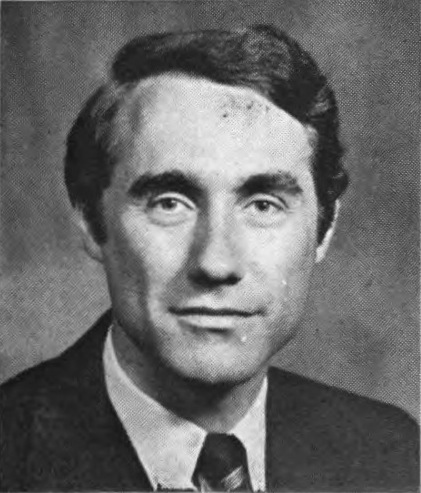 Edna Whetstone and her husband, Harold, wanted to buy a house instead of renting, and they would soon be welcoming a second child to the family. However, the family had no credit and were having trouble making ends meet.

Mezvinsky told Harold to meet him at the the back entrance of the bank one morning in 1959 before it opened. When Harold arrived, Mezvinsky asked the bank president to draw up the paperwork, and Mezvinsky co-signed a loan so the Whestones could buy a house.

Mezvinsky, the owner of several Fruit and Grocery Company stores across Iowa, including three in Ames, from the 1930s to 1970s, will be the subject of an Ames Historical Society Lecture on Friday. It will be presented by his sons, Norton and Ed Mezvinsky.

Mezvinsky was an immigrant from the Ukraine where he grew up poor and oppressed. He came to the United States in 1911 at age 16.

As a new Jewish immigrant, he met people who helped him and were willing to give him a chance. For Mezvinsky, the Jewish qualities of stocha (charity) and rakhmones (mercy, pity) would be a way of life.

“If your house burned down, Abe would show up with a bag groceries,” said Edna Whetstone, who began working at his store in 1959.

Dennis Wendell, collections curator at the Ames Historical Society, who grew up near the Mezvinsky home, said Mevinsky’s stores created a strong customer base with their low prices and large quantities of merchandise.

“He couldn’t compete with the high end ones,” Wendell said. “He filled the niche for those that were more in need. He didn’t have all the products from a brand or the high-end stuff.”

Edna Whetstone, now 76, said Mezvinsky always made sure the “hobos,” who came in by the railroad right next to one of his stores, were always fed.

“I don’t think there wasn’t a hobo that ever came through town and didn’t ask for Abe,” she said.

Wendell said if a paying customer and a hobo were in the store, the hobo received priority because the hobo had “a real need.”

Mezvinsky opened his first store not long after arriving in Ames in 1933, and later went on to open stores in Story City, Nevada, Le Mars, Red Oak, Fort Dodge as well as other locations.

In the store, Abe was known for offering regular deals to customers.

“If it were fruit and vegetables, and they were starting to look bad, he’d give you a deal,” Whetstone said. “Part of it was bad, but there was still plenty of good in that produce. Someone could walk out with enough to make four or five pies. There wasn’t anything necessarily wrong with it, but if it sat there we’d have to throw it out.”

She said he would also regularly talk to people and could recall conversations from past meetings.

Whetstone knows she wasn’t the only one Mezvinsky helped out.

Wendell said he would regularly assist his employees find housing and co-sign on loans, but Whetstone said she never knew. He wasn’t a man to brag or flaunt such events. And for how well off he was financially, Wendell said it didn’t show.

Mezvinsky, who died in 1982, often donated money to St. Cecilia School, despite not being Catholic, and gave to many Jewish causes and organizations.

When: 7:30 p.m. Friday
Where: Garden Room, Reiman Gardens, 1407 University Blvd.
The event is free and open to the public.