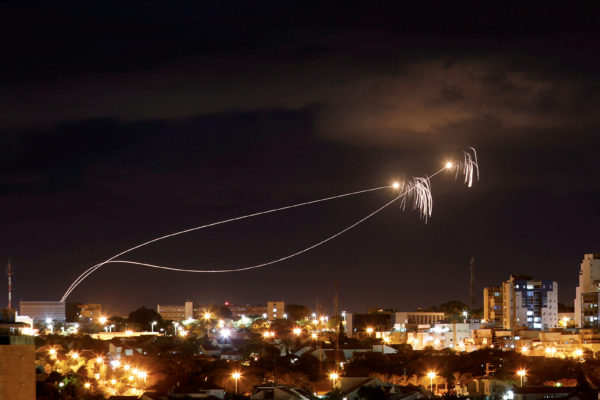 The news that Arabs fired missiles at 930 PM on Thursday, March 14, at the center of Tel Aviv caught many people by surprise

Yet documentation we show from the texts produced by the Palestinian Authority since 2000 show that every community in Israel as a target for attack -as an illegal Zionist entity that must be attacked , liberated and cleansed of its Jews.

Take them to share with people who have defined the PA a peace partner.

In 1996, I asked Arafat as to what status the Jews of Judea and Samaria will have in his proposed PA state.

His answer was clear. “You may stay where you are. You did not take any over any Palestinian village, But if you were from Ramle or Lod, then you would have to leave, because there you took our land and built your settlements above our villages and destroyed our homes”

Just wait til the Eurovision, when Arabs will object to that fact that the fair grounds, known as GANEI HATAARUCHA are constructed on top of three Arab villages.

Our agency is now filming thousands of UNRWA camp residents who now riot along the Gaza fence, getting ready to invade Gush Dan, under the lethal slogan of the “right of return by force of arms”

Why hold the Palestinian Authority responsible? The Hamas took over the PA Parliament in January 1996.

Yet in a statement by the IDF spokesman at 11OO pm on March 14 was that there was no warning before this attack.

Yet the threat and plan for war on all of Israel remains the theme of PA education, and Hamas controls the education portfolio.

Read about PA education on our site
www.israelbehindthenews.com