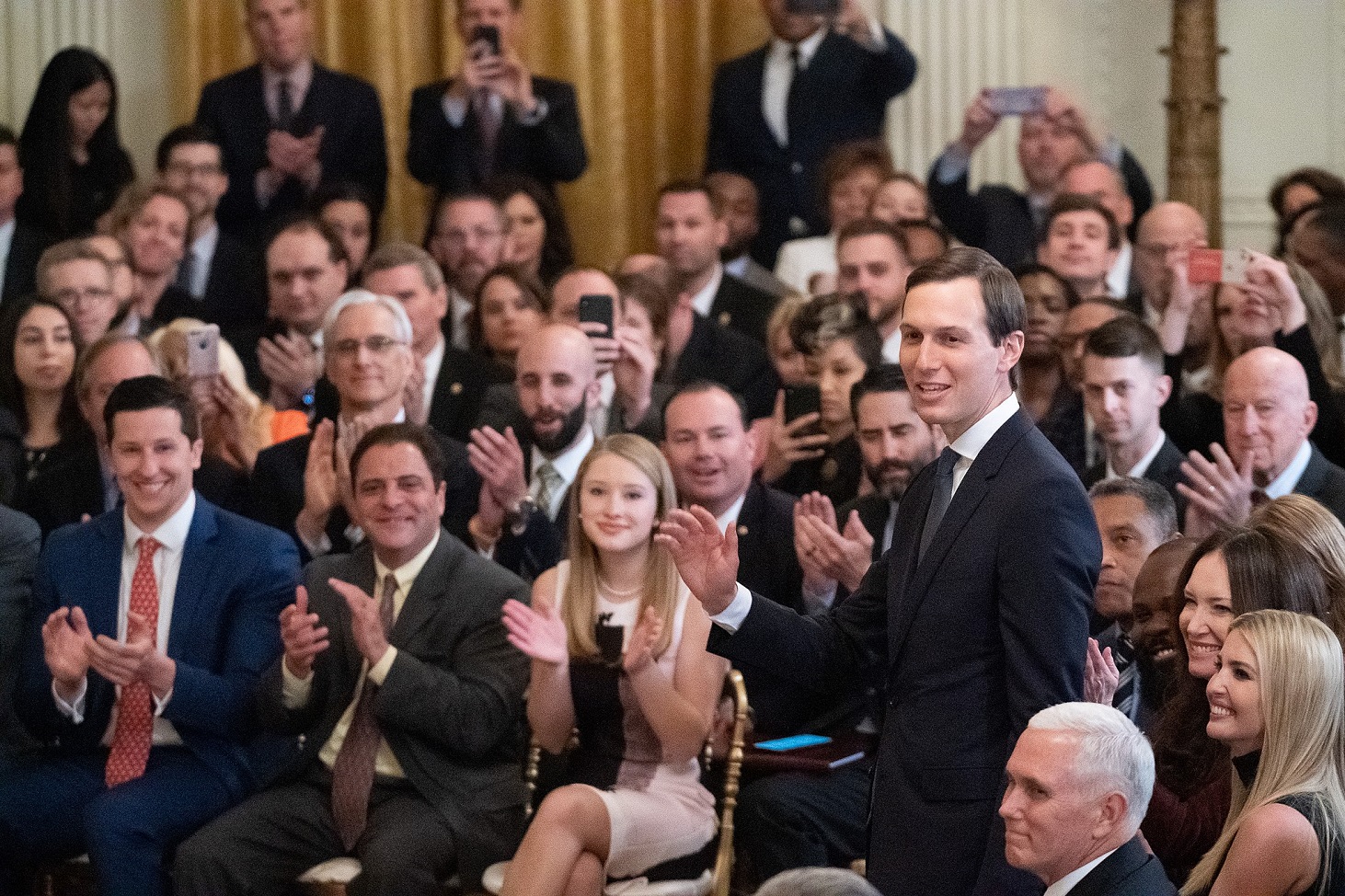 Since the 1993 Oslo accords there have been many attempts to solve the Israeli-Palestinian conflict. The last occurred in March 2014, when the Barack Obama administration’s suggested “peace framework” (the Kerry initiative) failed to elicit a response from the Palestinian Authority.

A new one is in the offing. With a characteristic lack of modesty, the administration of US President Donald Trump plans to offer the “deal of the century” to the quarreling parties after the elections in Israel next Tuesday, April 9.

The plan’s details are being kept secret, which constitutes an interim success. It probably deals with core issues such as borders, Jerusalem, and the refugees. The Trump administration will also probably offer significant economic incentives, especially to the Palestinians, to sweeten the deal. The new US plan probably assumes that peace requires implementation of the “two states for two peoples” paradigm, reflecting international common wisdom.

Any government elected in Israel will undoubtedly agree to discuss the plan with the US, its major ally, even if it is skeptical of the American enthusiasm for bringing peace to the region. Moreover, advice coming from President Trump, who is viewed as a great friend of Israel, cannot be ignored. Therefore, Prime Minister Benjamin Netanyahu, who agreed to discuss the plan designed by the Obama administration, will undoubtedly welcome the Trump plan if he secures another term as prime minister.

The devil is in the details of what can be bargained at a later stage. A government headed by Benny Gantz, the current contender with Netanyahu for the prime-ministerial position, will certainly not dismiss an American peace initiative. The Trump “peace plan” is not an issue in the Israeli elections, as most Israelis share the evaluation that nothing will come out of it.

Indeed, what the Palestinian leadership will do is also entirely predictable. The Palestinian leaders, who are boycotting the many channels for dialogue with the Trump administration, will continue their intransigence. Trump’s offer is unlikely to be more generous than the far-reaching concessions offered in negotiations by Ehud Barak in 2000 and Ehud Olmert in 2007, which were unacceptable to the Palestinians.

Actually, these past concessions are no longer relevant. While it is not clear that Barak or Olmert could have delivered had the Palestinians been ready to sign a deal, such Israeli “flexibility” is nowadays regarded as very dangerous for its national security. The Oslo process is deemed a strategic blunder, and most Israelis have reached the conclusion that the Palestinians are bad neighbors with whom it is impossible to live in peace.

Most Israelis realize that the gap between the positions of the Zionist movement and the Palestinian national movement is unbridgeable. Moreover, it has transpired that the Palestinians are incapable of establishing a state with a monopoly on the use of force. They are unable to exercise control over the many armed militias, one of which, Islamist Hamas, conquered the Gaza Strip. The Palestinian inability to sustain a state structure is a phenomenon that beleaguers the Arab political culture elsewhere. Finally, an end to the conflict is remote because the two national movements still possess the energy to continue fighting for purposes more important to them than peace, for example Jerusalem.

Trump’s “deal of the century” will not be able to solve the conflict. It will suffer the same fate as all of the previous American initiatives.

Hope does lie, however, in the people behind it. The Trump administration has no allegiance to the accepted diplomatic formulas and political correctness. Under Trump, the US has stunned the diplomatic world by accepting reality. It moved the US Embassy to Jerusalem and recognized Israel’s sovereignty over the Golan Heights. The failure of the “deal of the century” may motivate Trump and his advisers to rethink the Palestinian issue and adopt a different paradigm.

Israel’s task is to convince the Trump administration that the effort to establish “two states for two peoples” is not feasible at present. Unfortunately, there are protracted and intractable conflicts with no solution in sight. The Israeli-Palestinian conflict cannot be ended, and attempts to end it will result only in frustration and damage.

In contrast, Israel’s policy of managing the conflict has achieved considerable success in recent years. It set a more modest but far more useful goal: limiting suffering on both sides. Israel’s sophisticated use of carrot-and-stick methods has lowered the level of Palestinian terrorism to a bearable level and has provided the Palestinians in the West Bank with limited self-rule and a decent standard of living. Managing the conflict may facilitate an optimally comfortable life for all of the people living between the Mediterranean Sea and the Jordan River. Managing the conflict is a cautious strategy that refrains from giving in to demagogic demands such as waging a military campaign to attain a quick military victory or unilateral withdrawals.

In the aftermath of the Middle East turmoil and the rise of Iran, the Palestinian question no longer heads the international agenda, and the urgency of “solving” it has somewhat subsided. This perhaps allows time for a new generation of Palestinian leaders to emerge with a more pragmatic outlook. Circumstances may develop in which more responsible Arab state actors can lend a hand to moderating the extremist trends in Palestinian society.

The guaranteed failure of the “deal of the century” is an opportunity for Israel to open the Americans’ eyes to the harsh and complicated reality in our region and lead them to support the strategy of managing the conflict and wait for better times. Washington has been burned more than once in peacemaking and does not blindly adhere to international conventions. The US should release Israel from the burden of the “two states” formula that can provide no relief, and lead the world to a more realistic approach toward Middle East peacemaking.