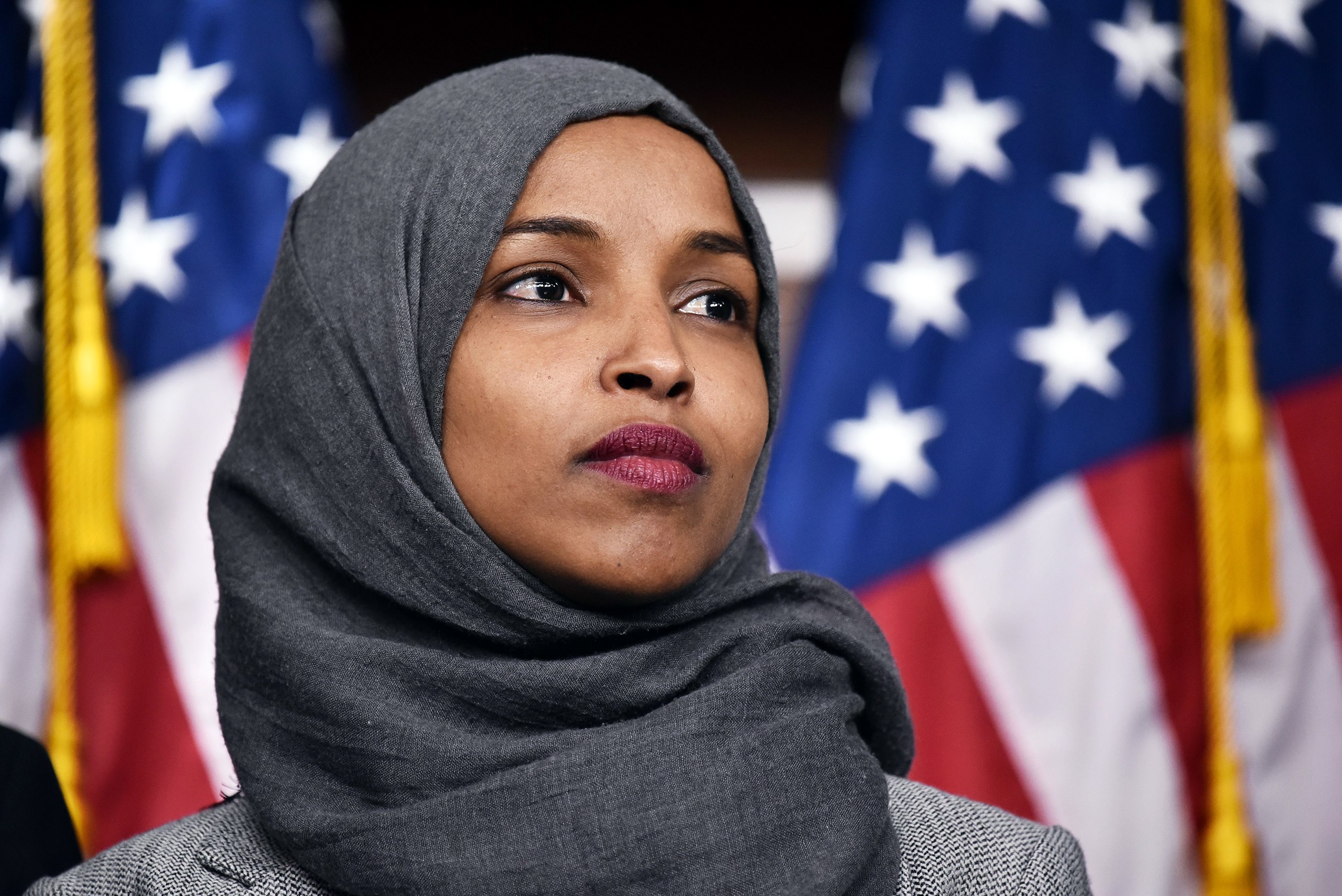 Some advice to my fellow Americans: Chill, and stop getting angry after every display of Muslim psychology that emerges from the brain of the new Muslim Congresswoman from Minnesota. We should be grateful for every expression out of Ilhan Omar’s mouth that exposes the barbaric ethics of Muslims like her, because of their inability to experience guilt, without which, Sigmund Freud taught, civilization is impossible.

Ruth Benedict, the famous anthropologist and Freud’s contemporary, taught that there are “shame cultures” and “guilt cultures,” each with its own mode of social control, the latter superior to the former. Psychoanalyst Erik Erikson in his Childhood &Society agreed.

In effect, Benedict’s insight into two different types of societies was her take on the Five Books of Moses, in which, right at the beginning, in the Garden of Eden, Adam and Eve learn shame after discovering their nakedness; and guilt, for their rebellion against G-d’s first commandment ever, “Don’t eat that apple.”

From Day One of Man’s existence, clothes have distinguished human beings from all other creatures, and significantly the initial impetus to wear clothes comes not from the necessity of protecting oneself from the elements but the shame of nakedness, the psychological embarrassment of being seen without clothes in public.

Likewise — ten generations later — Noah was sinned against by his problem child, Ham, who gleefully ran to tell his brothers and laugh together at their father’s nakedness, but they opposed him and restored respect for their father by covering him up.

And so, the Arabs, who stole Judaism and call it Islam, are descendants of Ham. It is an ignorant cliché that Arabs can’t be anti-Semites because they too are Semites. No, they are Hamites. The word Semite derives from Shem, son of Noah, and the Arabs descend from his brother Ham.

Yes, Abraham sired Ishmael, father of the Arabs, but the Jews insist that the transmission of Jewish identity at birth is via the mother, not the father. Ishmael’s mother was Hagar, daughter of Egypt, a son of Ham. And when Hagar provided Ishmael with a wife, she mated him with another Egyptian female like herself. Ergo, Ishmael’s mother was not a Semite, and neither was his wife. His offspring are Hamitic, not Semitic.

It is also no accident that the Arabs practice a shame culture, so we should not be surprised when Ilhan Omar goes public with her latest demonstration of the Arab mind at work. Speaking at a CAIR gathering – which is basically a Muslim Brotherhood outfit denying that it is – she lashed out at those people in America, “after some people did something” [9-11] that made her and her fellow Muslims feel threatened and in fear of losing their civil liberties. Psychologically blocked, she was incapable of talking like a normal American who commonly uses the term 9-11.
And in using the words “some people,” she also avoided saying that the perpetrators of that satanic massacre of almost three thousand innocent, mostly American souls belonged to her religion. Instead, she complained that following the attack, she and other Muslims were unjustly mistreated by Americans.

In her speech to CAIR, she was angry and indignant not over the inferno Muslims made of the World Trade Center but in its wake the victimizing of Muslims by Americans. In her telling, 9-11’s aggression by Muslims against Americans was eclipsed by Americans afterwards committing an injustice against Muslims.

This is normal Arab behavior. Another is to accuse a Muslim Arab terrorist of being a terrorist, and he will respond not by denying the charge and presenting facts and logic to refute it. His reflex is to strike back with, “No, you are the terrorist!” Guilt is a hot ball of wax for these sons of Ham and Ishmael who never let guilt stick to their Teflon-coated characters.

Ilhan Omar and her soul sister in Congress Rashida Tlaib are incapable of self-reproach, of answering the question as to why such satanic acts of horror as 9-11 are committed by her co-religionists and seem to be unique to this religion. I mean, who else but Muslims would dream up and execute such a diabolical massacre of thousands of people, that the Muslim suicide assassins judged to be sinners for being infidels who reject Islam and not believe in the One True Faith?

Another example is the fact that in Araby following news of the massacre, opinion pollsters found 60% of their respondents believing that the atrocity was a Mossad operation. The news and videos of that real-life, not Hollywood movie, horror, sparked a tsunami of intolerable shame, which the Arabs defended against by conjuring up a fairy tale worthy of A Thousand and One Nights: It was the Jews in the Mossad who tricked the nineteen skyjackers into doing what they did in order to get the world to hate Arabs. The Arabs quite simply shed their guilt by projecting it onto the Jews.

So, my advice to fellow patriots is to stop being angry with this woman for her Ishmaelitic psychology. Hers is the Muslim mind at work that should teach Americans that all immigration from Islamic lands must stop. Freud said in his short work toward the end of his life Civilization and Its Discontents that without guilt, there can be no civilization, and Ilhan Omar is a good example of a barbarian who does not belong in a Judeo-Christian community. Both Judaism and Christianity are Ruth Benedict’s guilt cultures; Islam is not.

No less, Islam fosters and tolerates the sexual immorality of polygamy that is illegal in every state in the Union and for good reason. Islam may have helped the Arabs transition from paganism to monotheism 2,000 years after the Semitic Jews did, but they failed to overcome the primitive morality of their Hamitic-Ishmaelitic heritage that is most apparent in their cruel and barbaric mistreatment of women, which leads to their cruelty to others.

Ilhan Omar should be seen as a great asset to Americans by demonstrating for us why Muslims must be barred from the United States, as surely as the Mormon community in the Utah territory was denied statehood for a Biblical generation of forty years until the Latter Day Saints revised their doctrine and abolished polygamy.

Islamic culture clashes with America’s laws, values, traditions and should not be permitted.

As Nazism is in some European states an illegal organization and ideology, so should Islam be judged and outlawed in the United States.

Sha’i ben-Tekoa’s program of commentary and music, Phantom Nation, can be heard on IsraelNewsTalkRadio.com. The book of the same name can be purchased on Amazon.com or from your local bookstore.