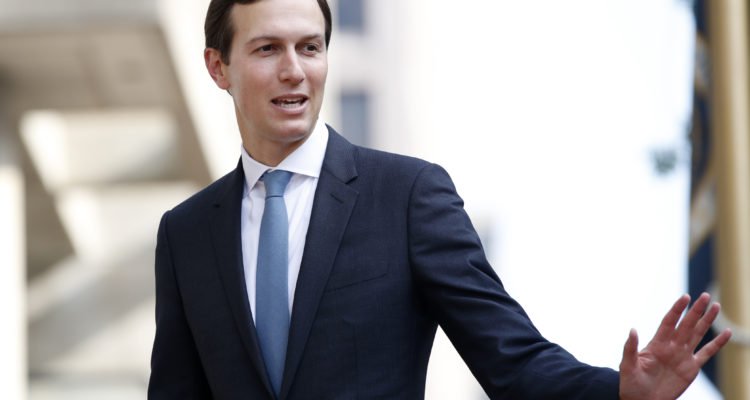 A campaign by White House adviser and U.S. President Donald Trump’s son-in-law Jared Kushner to defund the United Nations Relief and Works Agency (UNRWA) as a way of ridding Palestinian Arabs of refugee status is outlined in an email from January 2018, disclosed by the Foreign Policy diplomatic news outlet.

In the email, sent to other senior advisers to the president, Kushner writes: “It’s very important to have an honest and sincere effort to disrupt UNRWA.”

The campaign has been aimed at dropping the issue of Palestinian refugees altogether from the agenda of Israeli-Palestinian Authority negotiations, reports Foreign Policy . It has been one of the most contentious issues over the course of decades in attempts to broker a peace deal between the two sides.

Since the Oslo process began in 1993, the talks have centered largely on how many “refugees” living around the world would be permitted to take up residence in a Palestinian state and how many would be barred from doing so but would receive compensation instead.

As for Arab refugees who say that they originate from within the borders of the Jewish State, Israel has generally refused to allow them to return, certainly beyond some symbolic small number.

In his email message, Mr. Kushner argues that the U.N. agency “perpetuates a status quo, is corrupt, inefficient, and doesn’t help peace.”

Israeli officials have voiced their agreement with this viewpoint.

On August 31, 2018, State Department spokeswoman Heather Nauert issued a statement, saying that “the United States will no longer commit further funding to this irredeemably flawed operation.”

She added that “we are very mindful of and deeply concerned regarding the impact upon innocent Palestinians, especially school children, of the failure of UNRWA and key members of the regional and international donor community to reform and reset the UNRWA way of doing business.”

UNRWA was created in December 1949 in the aftermath of the establishment of the State of Israel in May 1948.

Arguments have been made throughout the years that the Arab world could have solved the refugee crisis a long time ago with their plentiful financial resources but preferred instead to perpetuate a crisis that unified Arab states against Israel.

“Unlike any other refugee agency in the world, UNRWA keeps millions of refugees as refugees in perpetuity, instilling false hope in the lives of five million descendants of Arab refugees from 1948 that they would be repatriated to Arab villages that existed” before Israel gained independence, says David Bedein, director of The Center for Near East Policy Research.

In addition, the U.N. agency has been accused of abetting terror.

“School books used by 515,000 students who learn in UNRWA schools, translated in its entirety by professionals hired by Bedein, shows that the UNRWA curriculum indoctrinates every UNRWA school child to devote their lives to the ‘right of return’ – by force of arms,” says the center.

As part of his Israeli-Palestinian deal in the works, “President Trump will push for Jordan to grant citizenship to one million Palestinian refugees,” the Lebanese newspaper Al Akhbar reported earlier this month.

Trump will also ask Egypt to grant citizenship to Palestinian refugees, according to the newspaper.

The anticipated “deal of the century” reportedly will include U.S. aid to countries that cooperate and promote the American plan.