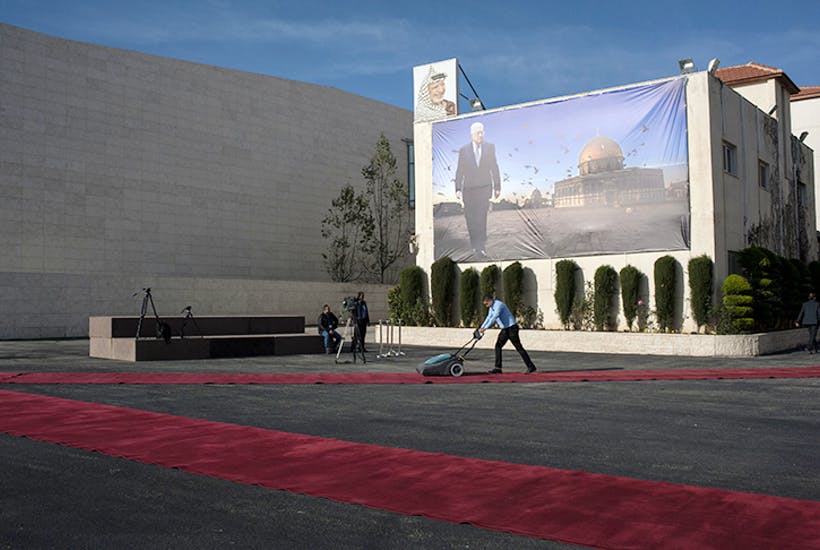 The designation of the Palestinian Authority (PA) as a terrorist organisation would have major implications for Australia’s foreign policy and foreign aid applicable to the Middle East. It would throw into disarray a recently adopted Labor policy to unilaterally recognise a ‘State of Palestine’ as that policy legitimises an entity which meets the criteria under Australian law as a terrorist organisation.

Firstly, an opinion obtained by the Australian Jewish Association (AJA) from one of Australia’s most experienced senior criminal barristers that the PA is a ‘terrorist organisation’ as defined in Division 102 of the Commonwealth Criminal Code Act 1995 (Code). The legal assessment has been undertaken by Jeremy Rapke QC, former Director of Public Prosecutions for Victoria. In that role he has had substantial direct experience in prosecuting terrorism cases.

Secondly, the Australian Labor Party at its National Conference held in December 2018, passed a resolution which inter alia ‘Calls on the next Labor government to recognise Palestine as a state…’ and identifies this as an important priority. While such a resolution is technically not binding on a future Labor government, it is significant that it was moved not by some obscure union hack but by Senator Penny Wong, Shadow Minister for Foreign Affairs, who would likely have the responsible portfolio in a Shorten Labor government.

Australia officially refers to ‘Palestinian territories’ to describe Gaza and much of Judea and Samaria, also known as the West Bank, and under this heading the 2019 budget allocates foreign aid of $43 million. Gaza is controlled by Hamas which is already listed as a proscribed terrorist organisation under the Code. The PA, controlled by President Mahmoud Abbas, administers much of Judea and Samaria and enjoys the world’s highest per capita international foreign aid. Abbas was elected as president of the PA on 9 January 2005 and has this year commenced his 15th year of his four-year term, not having faced any subsequent election. By any measure, the PA is a corrupt dictatorship with a shocking human rights record. While this has not seemingly deterred those in Labor who support the Palestinian cause, if the PA is also a terrorist organisation under Australian law, this would mean any form of recognition, financial support or association with the PA would be a breach of the Criminal Code.

The AJA has believed for a long time that the PA, by establishing its Palestinian Authority Martyrs Fund and by advocating and encouraging terrorism, should be declared a terrorist organisation. We therefore sought legal advice at the highest level which has vindicated this view.

The objectionable activities of the PA include:

– Paying a monthly cash stipend to the families of terrorists killed, injured or imprisoned for attacking, assisting in attacking, or planning to attack Israeli civilians.

– Paying cash stipends rewarding participation in other types of politically inspired violence, including riots and throwing rocks at Israelis.

– Honouring terrorists killed or convicted by naming schools, streets, plazas and public events after them. Often after terror events the PA immediately publicises the perpetrators as heroes on posters and billboards.

Taken together, these measures constitute what is widely known as the PA ‘Pay for Slay’ programme, an obscene system of paying murderers or their families for killing or attacking Jews in Israel. The pay scales have been published in PA budget papers. According to Palestinian Media Watch, convicted terrorists in prison can receive notional salaries of 12,000 shekels per month plus bonuses of 300 shekels per wife, 50 shekels per child and extra for being resident in Israel and Jerusalem. This can amount to the equivalent of about US$3,500 per month. By contrast, a teacher employed by the PA receives roughly $615 per month. From 2017 to 2018 the total PA budgeted expenditure of its ‘Pay for Slay’ programmes was increased from US$350 million to US$403 million. Mahmoud Abbas in a speech shown repeatedly on official PA TV late in 2018, affirmed that paying martyrs and their families is the PA’s preeminent financial priority. ‘The Martyrs… are sacred, (so are) the wounded and the prisoners. We must pay all of them’ he said leaving no room for doubt, ‘If one penny remains in our hands it is for them and not for the living.’

After a detailed analysis of the meaning of these provisions, in very clear and direct language Rapke QC concludes:

‘It is strongly arguable that such payments incentivise, reward and glorify terrorism; when coupled with the public praising of, and recognition given to, terrorists (from a purely evidentiary perspective such conduct strengthens the conclusion that the PA intends to encourage terrorism) the conclusion that the PA is a ‘terrorist organisation’ by reason of its fostering of the doing of terrorist acts seems almost inevitable (my italics).

How our government approaches this issue also has important international significance as other civilised democracies who share our values may well take their lead from us. Labor must reverse the policy announced in December 2018 that if it wins office it will unilaterally recognise a ‘State of Palestine’. Failure to do so would effectively embrace a terrorist organisation.

Dr David Adler is the President of the Australian Jewish Association