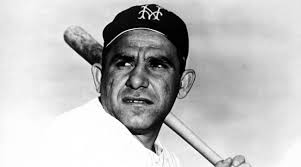 A few years back, sad news reached Jerusalem that Veteran Yankee Catcher Yogi Berra had passed away at the tender age of 90 years old, on the morning after Yom Kippur.

Except that the New York Times published the headline: “Yogi Bear Dead “. As a media pundit and fan of both the cartoon character Yogi Bear and the baseball player Yogi Berra, having grown up in a home where the New York Timeswas sanctified on Sunday in Philadelphia, I decided to get to the bottom of this crass example of media inaccuracy .

At 3AM in Israel, well after we had broken the Yom Kippur fast, I called the news desk of the New York Times in Manhattan and asked about the story,introducing myself as an interested journalist fro Jerusalem.

The young intern at the desk did not know what the problem was.

He genuinely did not know the difference between Yogi Bear and Yogi Berra.

Before I could than fedex picnic baskets for the Times front desk from Jellyystone Park, the intern got defensive, knew something was wrong, did not know what was wrong, and proceeded to tell me that this was an AP Story, not within his purview, and that the Times contracts the AP for breaking news.

Rather than get upset with the nascent Times staffer, I proceeded to call the AP wire at their news desk in New York.

I reached another intern, this time a young woman.

I proceeded to ask her about the Yogi Bear death story on teh AP wire which was picked up at the Times saying that I was a journalist calling from Jerusalem.

Her response: “Do you have more details on the story? Over here, no one has waken up yet”. .

This time I asked her age, wanting to know for myself as to whether she was old enough to have seen Yogi Berra play ball or Yogi Bear drive the forest ranger mehsuagana.

Well, the young woman intern confided that she was 19.

Neither Yogi Bear and Yogi Berra played in her life experience.

That is the real story behind media bias and press inaccuracy.

Journalists often have no background on stories that they write.

Few reporters rise to the level of media bias.

Following the insight attributed to Yogi Bear, someone made a “boo-boo”.

No press conspiracy can account for the fundamental lack of knowledge in the fourth estate during the 21st century.